Silage wrap specs: What, if anything, is the difference? 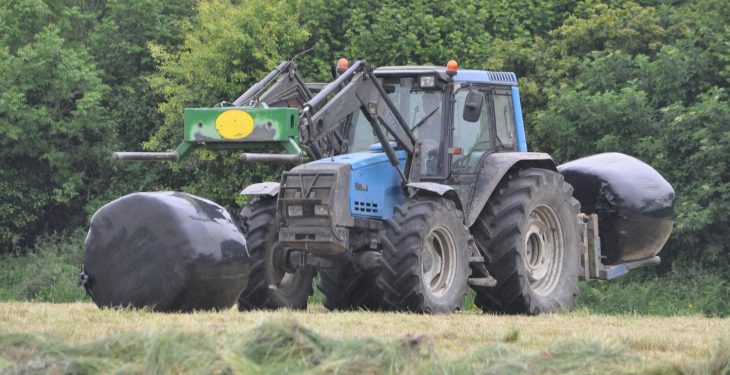 When making baled silage, it is important to note what specifications of bale-wrap (film) you are getting.

While ‘standard’ 750mm x 1,500m rolls are by far the most commonly used, there are alternatives. However, are these alternatives worth looking into?

None of the co-ops we contacted produce own-brand bale-wrap (film) of specifications other than ‘standard’ – but some of the leading brands have produced longer rolls in recent times – namely Silotite, Volac and Silawrap.

According to Larry Coogan of Quinns of Baltinglass, a well-known agri-merchant, Silotite Pro is not well stocked in Ireland as it is simply not a popular option for baling. He explained: “The longer rolls never took off. It is not popular due to the thinner film. People have moved on.”

You can get away with applying four layers using 25μm plastic but you can’t using the thinner film, so it has never taken off.

Volac also produced a longer roll recently in the form of a 1,900m version. The so-called Topwrap RS1900 is 22μm thick. It was noted that the vast majority of Volac film sold are ‘standard’ 1,500m rolls. Volac previously produced Topwrap 2000 – a 2,000m long roll – but this is no longer available.

Maurice Keady of Silawrap discussed the topic of longer rolls with us. He said: “The rolls are longer but thinner and the thinner material doesn’t really work in Irish conditions. In Ireland, you need a stronger film because of the rain and wind. Silawrap stopped selling the longer version [Enduro] a couple of years ago here.

In Sweden, farmers use the longer rolls but they put on eight or even 10 layers on bales there. In Ireland, some lads put on four layers, which with 22μm film isn’t good enough.

Keady added that he is aware of some places in Ireland that do sell it, but it is specified on the box that at least six layers of cover are needed using such film, which is something that not everyone sees prior to wrapping.

This highlights the need to ensure you know the specifications of the silage wrap being used, and how much of it is needed per bale. 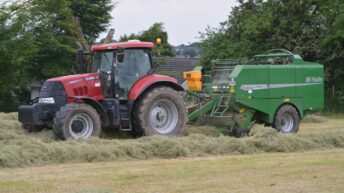