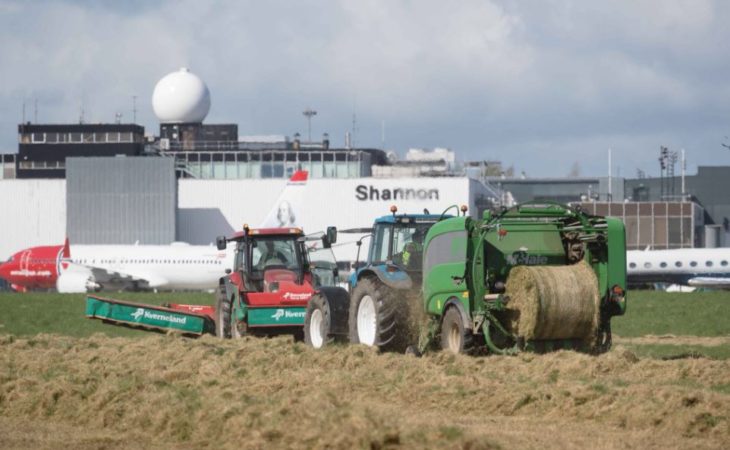 The recent silage-cutting operation which took place at Shannon Airport saw 1,265 rounds bales made over the course of three days.

The entire operation at the airport came to a conclusion on Sunday evening, with all of the bales dispatched throughout the weekend to farmers most in need of fodder.

Farmers from counties Kerry, Tipperary, Clare and Limerick benefited from the initiative.

Beginning last Friday morning (April 20), a convoy of tractors arrived at the airport’s 400ac site ready to begin cutting at approximately 10:00am – with the first load of bales departing at around noon that day.

Shannon Airport played a similar role in 2013, when farmers in the region last faced significant shortages of fodder. In that year, around 1,600 bales were harvested on the airport’s grounds.

Speaking at the end of a busy weekend, Shannon Airport’s director of operations, Niall Maloney, said: “It was a busy few days; but we’re used to a lot of activity at the airport this time of year.

“What we are not used to is the type of stress that farmers have endured due to the fodder shortage.

“They have been under severe pressure due to the fodder shortage and when we sat down with the local Irish Farmers’ Association (IFA) and they confirmed that they wanted to avail of our grass again – like in 2013 – we had no hesitation.

Our grass management plan for this year was to do some topping during the summer months; but in the circumstances we threw our plans out the window in order to assist.

“The farming community is hugely important to this region and are huge supporters of Shannon Airport and we were delighted really to have been able to help them at this time of need,” he said.

In the main, the bales were loaded on articulated lorries at the airport and delivered to regional locations – where they were then divided amongst the worst-hit farmers.

However, some local farmers also came directly to the airport to take home bales for their own and neighbours’ herds. 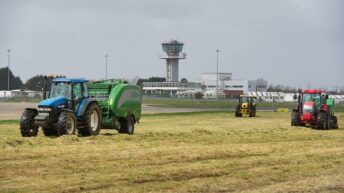 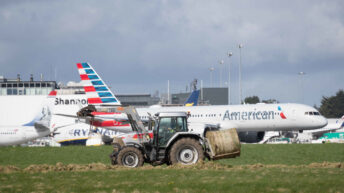 Video: Harvesting of up to 1,000 bales of silage takes place in Shannon Airport