The recent rise is lamb quotes has continued with all processors implementing more price increases this week. There has been a good demand for factory-ready lambs of late, as supplies continue to remain on the tight side.

Farmers are encouraged to bargain hard when it comes to marketing their animals as factory agents are hungry for lambs.

The farmers in the best position to achieve higher processors are those with large numbers of lambs to market; there are reports of farmers receiving over quoted prices in some instances.

This week, many procurement managers are starting negotiations with farmers at 505-530c/kg (excluding quality assurance (QA) and producer group bonuses) for lambs – up from 495-515c/kg last week.

When QA payments are factored in, this brings prices to 525-530c/kg, while factory agents are currently offering 270c/kg (excluding Quality Assurance Scheme bonus) for well-fleshed ewes.

Some 55,418 head of sheep were processed in Department of Agriculture approved slaughtering plants during the week ending January 20.

Lamb throughput stood at 44,950 head for the week ending January 20; that’s an increase of 720 head on the week before.

There is also good news for sheep farmers on the mart front. The demand for store lambs has increased in recent weeks and so too have the prices.

Some farmers with factory-fit lambs are in a good position in the marts, as both factory agents and butchers compete for stock.

Some 700 sheep were presented for sale on Saturday last, January 26. The trade was reported to be good, with prices improved by €3-5/head.

Store lambs were reported to be a very strong trade at the latest sale in Maam Cross Mart. These lots averaged €68/head.

On the day, hoggets averaged €70/head, while a top price of €89/head was paid for three cross-bread weather hoggets.

Numbers were reported to be small at Kilkenny Mart yesterday, January 28. However, a sharper trade for butcher and forward store hoggets was reported by the mart’s auctioneer George Candler. 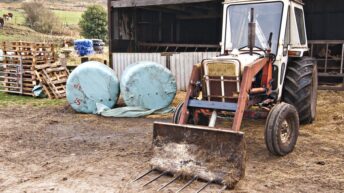 250 farms to be ‘randomly selected’ for HSA inspections