Sheep trade: Factories begin to up their game on spring lamb prices

The spring lamb trade appears to be strengthening and stronger base quotes are available in some locations.

Kepak Athleague is the first to budge when it comes to increasing base quotes. The processor based in Athleague is now beginning negotiations with farmers at 465c/kg +5c/kg QA (Quality Assurance) this week – up 10c/kg on last week.

However, sources on the ground suggest that some suppliers are striking deals at 470-480c/kg this week and producer groups appear to have the strongest bargaining power in this regard.

Figures from the Department of Agriculture show that some 67,663 sheep were slaughtered in approved export plants during the week ending October 7  – a climb of 2,283 head or 3.5% on the week before. 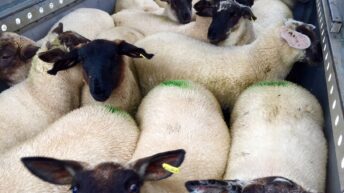