Sheep slaughterings increase in the build up to the busiest period

The number of sheep slaughtered in Department of Agriculture approved sheepmeat exports have increased significantly in recent weeks.

Figures from the Department of Agriculture’s sheep kill database show that sheep slaughterings have increased by 7.3% or 3,907 head last week compared to the week before.

This jump in throughput coincides with one of the busiest periods at the Irish factories, as slaughterings are expected to increase in the coming weeks due to the Muslim festival of EID.

According to Bord Bia, the Muslim festival results in increased demand for lamb on the main Irish export markets and as a result the average weekly kill increases during the month of September.

Irish processors typically slaughter between 57,000-62,000 sheep on a weekly basis, but during the month of September throughput increases by 12-23% to about 70,000 each week.

And given the extra demand for lambs, some factories moved to increase the base price for lambs by 10c/kg earlier this week, with most operating off a base price of 460-470c/kg.

Figures from the Department of Agriculture also show that the number of sheep slaughtered in Irish factories so far this year is up 1% or 8,748 head compared to last year.

Cast ewe and ram throughput accounts for the majority of this increase, with throughput up by 38,166 head, while hogget slaughterings are also up 7% on last year.

However, spring lamb throughput continues to lag behind 2015, with 71,698 fewer lambs slaughtered at Department of Agriculture approved export plants so far this year. 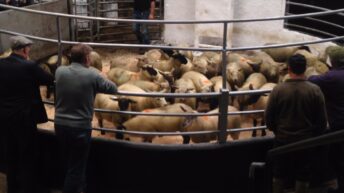