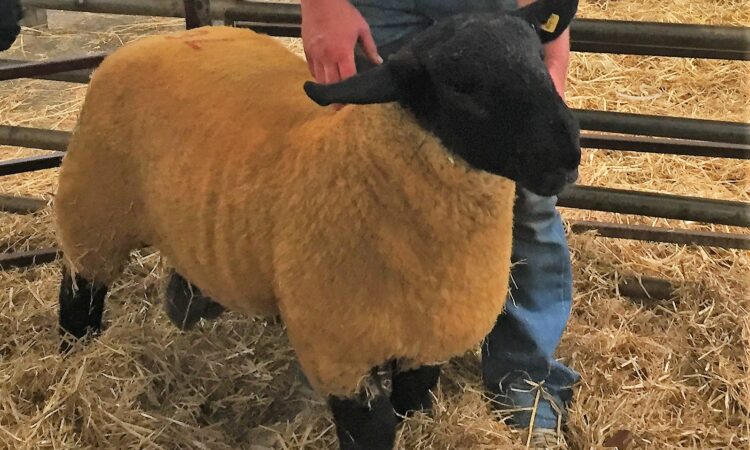 When it comes to Suffolk sheep breeding in Ireland, one family has been standing above the parapet for years in terms of consistency and quality.

From a base in Mallow, Co. Cork, the O’Keeffe family has grown to be a household name in Suffolk circles after breeding generation after generation of top-quality Suffolk sheep.

AgriLand recently sat down with Susan O’Keeffe, the incoming president of the Suffolk Sheep Society, to find out why she got into the breed and what she sees as the main driving factors for the black-faced sheep going forward.

Beginning on how she started breeding Suffolk sheep, Susan explained: “I was involved since I was very young because my father had a Suffolk flock; I bought my own bit of land and I set off from there.”

As it stands, Susan has a flock of approximately 80 pedigree Suffolk ewes and her name has been synonymous with show champions and top-priced rams over the years.

More recently, she sold the second-top priced ram lamb at this year’s Suffolk Premier Show and Sale in Roscrea, while another Cork-bred ram was awarded the supreme champion title at last year’s gathering.

Despite the success in the show ring, Susan is adamant that breeders must produce what commercial farmers are looking for.

“It is important that we promote the Suffolk because people forget about them as there’s plenty of competition. We shouldn’t take it for granted that people know that the Suffolk is a very good breed.

“Suffolk sheep have changed a lot and it’s just like fashion – things go through phases. For a time, breeders went for very big bone and head, which is not in the best interest of the commercial farmer.

Breeders are now gone to a more moderate bone and head, which I think is definitely more beneficial because Suffolk breeders are mainly selling rams to commercial farmers.

“You get a few top prices, but you are selling to a farmer who wants to use the rams commercially. It’s important that they can finish the lambs.

A role to play

Over the years, the Suffolk has been the dominant breed found in Irish sheep flocks; but as the national flock became blacker and blacker, farmers started looking at alternatives – namely white-faced sheep.

On this, Susan said: “I think the Suffolk is a very good terminal breed and they have served the Irish sheep industry very well.

“Perhaps we’ve got a lot of black sheep as a result and that’s why people sometimes go to white sheep for a cross; but they come back to the Suffolk as a terminal sire because of the very good growth rate and quick finishing.

“The Suffolk is a versatile sheep breed; they’re good mothers and are also a very good terminal sire. Generally, they are a very good all-rounder.

“Now, because commercial farmers have a cross back in, the Suffolk has a big part to play and it’s on the way back in again. The Suffolk is a versatile breed, but you have to use your own eyes when selecting a ram as well.”

One of the common gripes commercial farmers have with Suffolk sheep is the vigour of lambs at birth. However, Susan feels that the move away from big bone and head to a more moderate sheep is solving this issue.

“Some of the people who would have said that before now say that the Suffolk is much hardier then they have been.

“Again, it is important for the pedigree breeders to remember that you need a broad gene pool because, if you rely too heavily on one gene, you can end up with less vigorous lambs; crossbreeding within the breed has a role to play.”

Although she feels Sheep Ireland’s work is still in its infancy and there’s scope for substantial improvements, Susan feels that the focus on dagginess will be beneficial for the Suffolk breed in the long run.

“I think if Sheep Ireland want pedigree breeders to breed a certain type of sheep, they have to educate the breeders. The people buying rams also have to be educated.

“I think Sheep Ireland is in its infancy and there’s scope to get it more finely tuned. To make it successful, they need to get pedigree breeders involved as well as the commercial farmers who are buying rams and there needs to be an incentive,” she said.

‘Suffolk sheep have taken over my life’

AgriLand also caught up with Valerie Tiffin, a Suffolk breeder from Co. Kerry. Telling her Suffolk story, she said: “We came over here 23 years ago and we bought a few acres of land – just a few. We were blessed with a son and someone said: ‘Why don’t you get a few sheep?’

“So we started off with a few commercials and a local farmer advised us to look at pedigrees. We went to see somebody in west Cork and my son bought five Suffolk ewe lambs out of his communion money and we went from there.

“Unfortunately, they have taken over my life; they are a passion. To go from this time of year, when we are putting the ewes in lamb, to lambing at Christmas, to trying to sell the progeny – it’s just wonderful.”

Each year, Valerie sells approximately five or six ram lambs to local farmers, who use the Suffolk to produce fast-finishing lambs.

With the introduction of the Sheep Technology Adoption Programme (STAP) in 2013, Valerie noticed that her customers were more interested in star ratings when it came to making purchasing decisions. 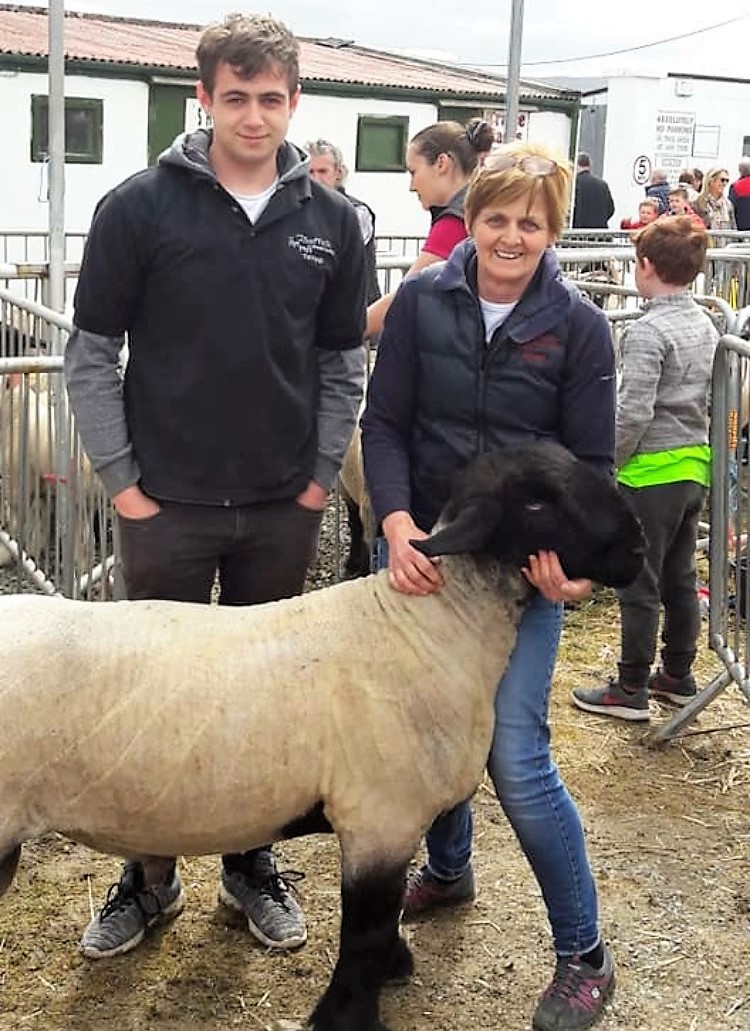 “I only sell five or six ram lambs each year and when the incentive was there to buy starred sheep, commercial farmers weren’t interested unless the rams had stars.

“As a small breeder, I found I’ve had better sales at the star sales. From my point of view, if it’s what the farmers want, lets give it to them,” she said. 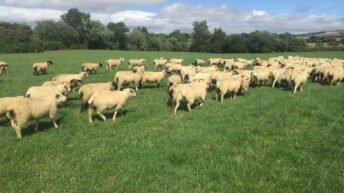