Sheep Focus: Gearing up for the breeding season in Co. Carlow 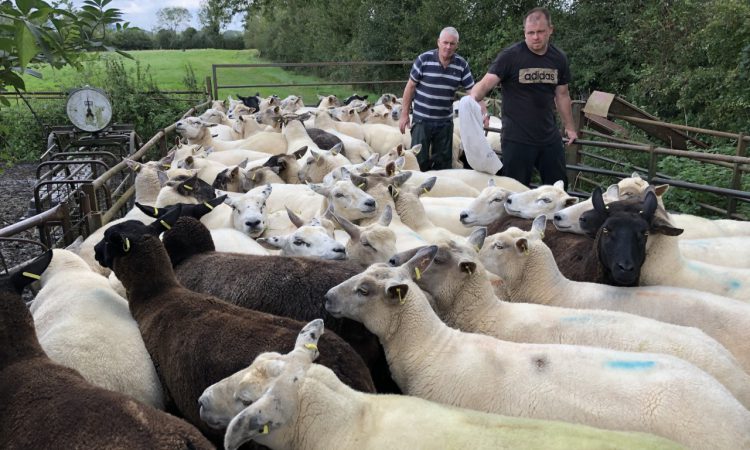 In this week’s Sheep Focus, AgriLand made the trip to Fenagh, Co. Carlow, to speak to Frank O’Hara, who was gearing up for the breeding season.

Frank, alongside his son, Frankie, were busy plunge dipping sheep on the day of AgriLand’s visit, which is a job many farmers across the country will have or will be busy doing over the coming weeks.

The O’Hara’s run a flock of 150 ewes, which are a mix of Belclare, Suffolk and Charollais-cross ewes, as well as a couple of Zwartble-cross ewes.

The father-and-son team operate a mid-season lambing system, which sees all the ram lambs finished and some ewe lambs, while the best of the ewe lambs are kept on for breeding.

The duo also keep 15-20 cattle every year. At the moment, no cattle are on the farm; however, Frank hopes to buy weanlings over the coming weeks.

On the day of AgriLand’s visit, the duo were in the middle of plunge dipping their flock. They were carrying out the job with the help of Frankie’s mobile dipping truck.

In total, between the ewes and this year’s crop of lambs, over 250 sheep were dipped in just over two hours.

Frankie designed and built the mobile dipping truck himself and has been manufacturing such units since 2011 and he has been out offering his services to farmers since 2012.

Speaking about the task of dipping the ewes, Frank said: “The hard work has been taken out of dipping sheep with the help of the mobile dipping unit.

The lambs are a small bit more trickier to get to go up the ramp into the cage, but, in general, the hard work that used to be involved in dipping sheep is gone.

“The ewes fly through it. They run up the ramp no bother and are out of it again in no time. You could fit 10 ewes in the cage at a time.

“You can get through a large number of sheep in a small amount of time, which is great, as before it would have taken a long time to do.” 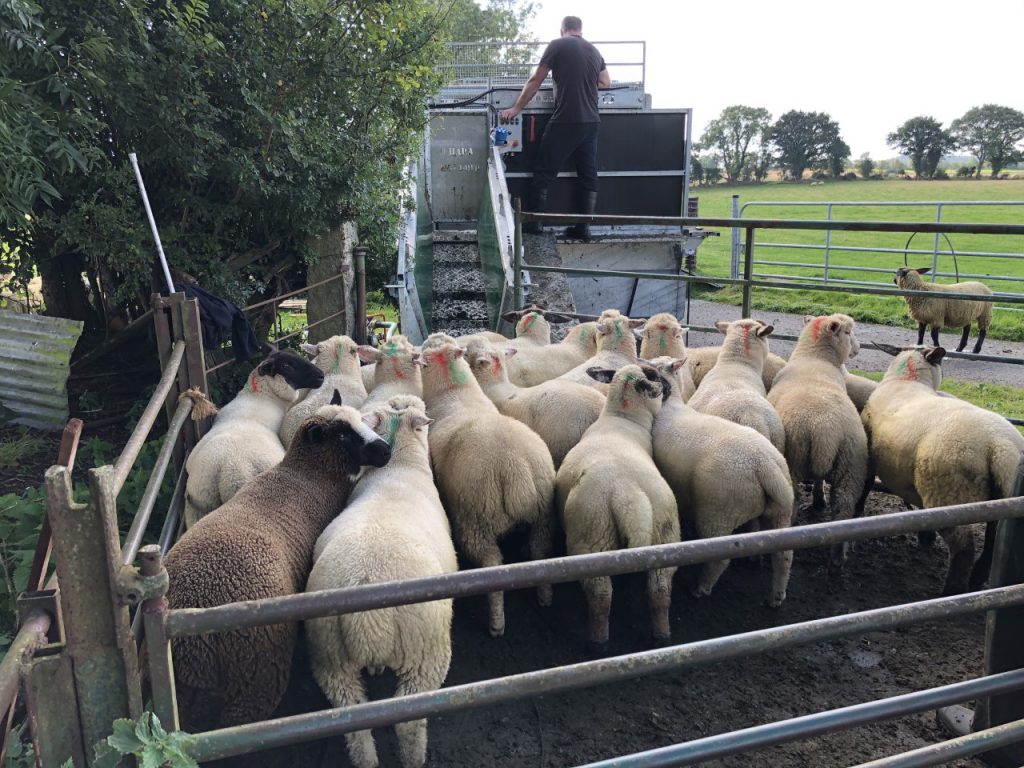 Gearing up for the breeding season

During the week, Frank moved his flock of ewes onto fresh grass, in order to get them in top condition for the upcoming breeding season.

Since weaning, up until the start of September, the ewes were grazing low covers of grass, so that they didn’t build condition too quick and end up being “fat rather than fit” for the breeding period.

He explained: “The ewes have just gone into a strong meadow of grass this week. They are in fairly good condition, considering I didn’t have them on strong grass over the last few weeks.

I plan to let the rams off in about six weeks’ time, so by then the ewes should be in good order. Ideally, I’d like them to have a body condition score (BCS) of 3.5 at joining and, by the looks of it, the majority will probably hit that target.

“I plan to pick out a couple of this year’s crop of ewe lambs and turn them out to the ram as well. I plan to do that over the coming days.” 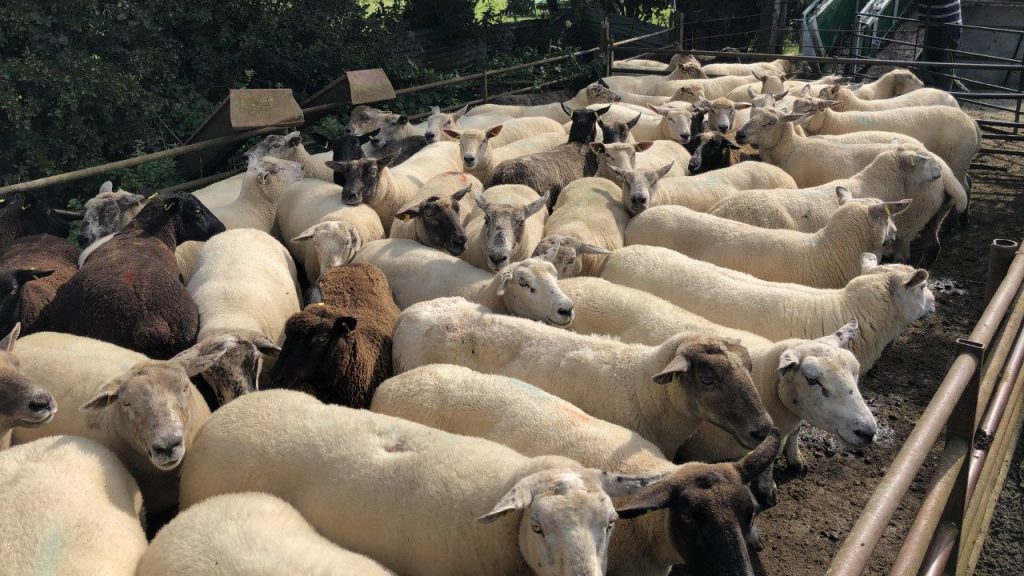 Rams are also getting preferential treatment. Frank has moved them onto fresh grass. The plan is to let four rams run with the flock next month.

The plan is to split the flock into four groups and let one ram run with each group and then swap them around between the groups every 10-14 days.

Frank added: “Ram management is vitally important throughout the breeding period. I always split the flock up into groups and then let one ram off with each group.

After that I’ll rotate the rams between the different groups just in case a ram isn’t working properly. The last thing you want is a large number of ewes not going in-lamb, so by rotating the rams, it helps to avoid this problem.

“Rams need to be in good condition as well prior to mating, because if they aren’t then they won’t perform. I let my team of rams onto fresh pasture recently and I’m feeding them a small amount of concentrates as well.” 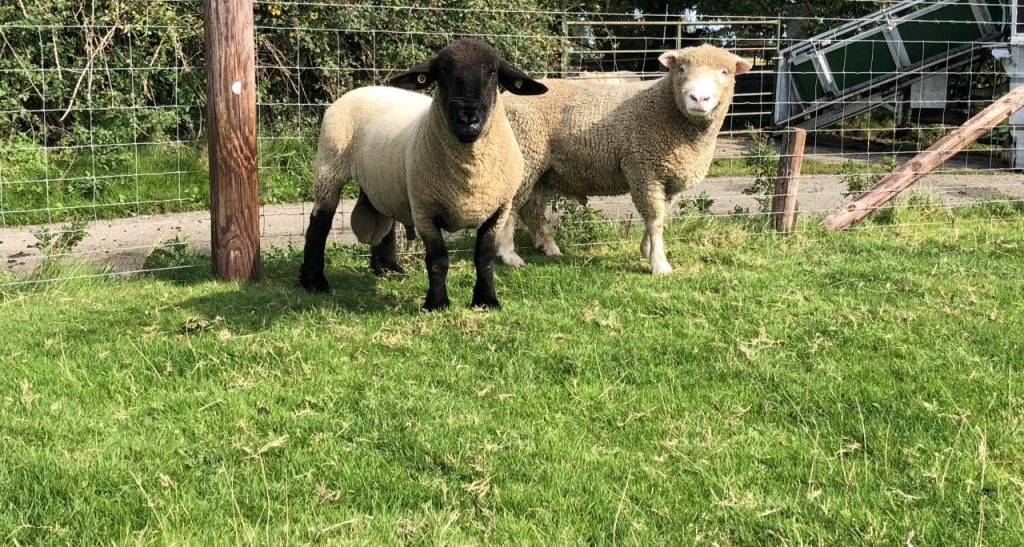 Just over 100 of this year’s crop of lambs are left on the farm. The plan is to finish as many of them off-grass over the coming weeks.

The best of ewe lambs will be kept for breeding, while the rest will be sent to the factory.

Frank says he has got on well with the lambs he has sent to the factory so far this year and he is hopeful that factory prices will continue to remain strong into the near future.

He added: “I still have a good few lambs to move on over the coming weeks. I hope to finish them all off-grass.

“Those that I can’t finish off-grass, I’ll just have to give them concentrates to push them on. It’s been a good year overall for lamb prices, so hopefully that continues.” 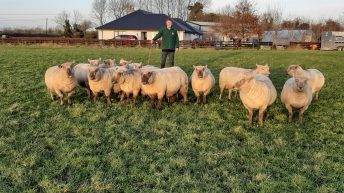