Second meeting of the fodder action group scheduled for next week 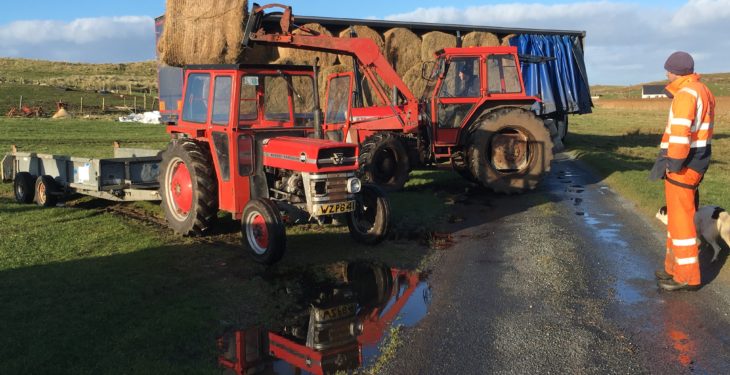 The fodder action group is scheduled to meet on Monday, January 15, in order to discuss the current fodder situation facing farmers in the west and north-west.

The group was originally established by the Minister for Agriculture, Food and the Marine, Michael Creed, late last year and held its first and only meeting on Monday, December 11.

Chaired by Teagasc and comprising all the main stakeholders – including feed merchants and co-ops, as well as banking and farm bodies – the group was convened in order to ensure a co-ordinated approach to the issue of fodder availability in affected areas of the north-west in particular, the department explained.

A spokesperson for the department said: “The group’s objective is to actively monitor the fodder situation and to ensure co-ordinated expertise and guidance is available to affected farmers regarding their options.

These may include sourcing alternative feed, advice on nutrition needs and options, reducing non-breeding stock numbers and ensuring they continue to carry out fodder budgeting.

“Teagasc advisors, working with the support of the group, are focusing on those farmers in particular who have already flagged that they may have fodder issues – in order to help them successfully plan for the winter ahead.

“Minister Creed will continue to monitor the fodder situation on the ground through feedback from the group, which is scheduled to hold its next meeting on Monday, January 15.”

Last week, the president of the Irish Farmers’ Association (IFA) Joe Healy claimed that Minister Creed could not ignore the developing fodder crisis any longer.

He said: “The minister has been aware of the dire situation for some time. He has acknowledged the difficulties farmers are experiencing – but, has yet to offer any tangible support; immediate action is required.

It is very disappointing that the minister has – to date – failed to support a meal voucher system, which we strongly believe would have been the best and most efficient solution.

“We are now seeking a commitment from the minister to fund the significant cost of transporting fodder to the areas in need.”

‘The developing fodder crisis cannot be ignored any longer’