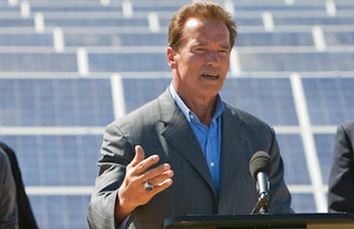 Climate change is not science fiction and right now we are failing future generations, according to Arnold Schwarzenegger.

The Terminator star was speaking at the recent Climate Summit of Conscience in Paris called by French President François Hollande.

He has been chosen by France’s government to make the moral case for humans to act urgently on climate change along with Nobel prizewinners, UN Secretary generals and theologians.

The former governor of California said that the science debate is over that a global catastrophe could only be avoided with ethical action.

“I’ve starred in a lot of science fiction movies and, let me tell you something, climate change is not science fiction, this is a battle in the real world, it is impacting us right now.

“I believe the science is in. The debate is over and the time for action is now. This is bigger than any movie, this is the challenge of our time.

It is our responsibility to leave this world a better place than we found it, but right now we are failing future generations.

The movie star said that this year alone we will dump 40 billion tonnes of carbon emissions into the atmosphere.

“The World Health Organization says that air pollution causes over 7m premature deaths every year and all over the world we can see flooding, monster storms, droughts and wild-fires that are completely out of control.”

President Michael Higgins said that our current malaise is grounded in a cynicism we must confront.

“We need to confront the cult of the individual and insatiable consumption and replace it with a new thinking. We must reconcile science with ethics,” he said.

The summit was held ahead of the upcoming UN climate change meeting in Paris this December. 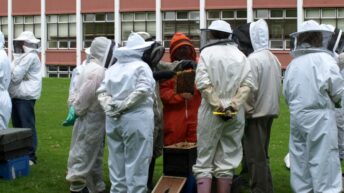 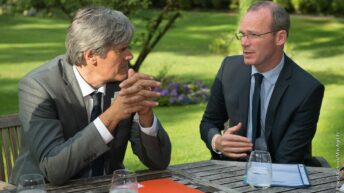