Rural Ireland will not see a reduction in policing capacity as part of the Gardaí’s response to coronavirus (Covid-19), Garda Commissioner Drew Harris had said.

Commissioner Harris was speaking at Garda Headquarters in Dublin today, Friday, March 13, where he announced a raft of measures to ensure that Garda resources are adequate to respond to the escalating situation.

In answer to a question from AgriLand, Commissioner Harris said: “This is also a community policing response, community reassurance.

In what we’re doing in terms of rosters, that’s an uplift everywhere, including rural areas.

“Indeed, we’re supplying additional vehicles. We’re hiring a further 210 vehicles, and that is to support community policing,” the commissioner added.

“We do not see that rural Ireland is going to suffer in terms of our numbers, and indeed we should see that we would be part of an overall community response to support isolated groups and those that have to self isolate,” Commissioner Harris argued.

Among the changes being made within Garda ranks in response to coronavirus, a ‘contingency roster’ will come into effect from next Monday, March 16.

Annual leave for Garda personnel will be restricted to no more than 5% of a division/bureau workforce at any given time, with effect from today.

Furthermore, approximately 325 Garda students in the Garda College in Templemore will be “attested” as Garda members next week, and allocated to Garda stations nationally in the coming weeks (approximately 200 from one class, and 125 from the next class).

Some of the other key measures announced are:

Earlier this week, the Deputy Commissioner for Policing and Security, John Twomey, established the Garda National Co-ordination Unit. Headed by a chief superintendent, its role is to ensure a coordinated approach when dealing with organisational issues with Covid-19. 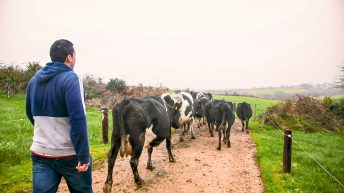