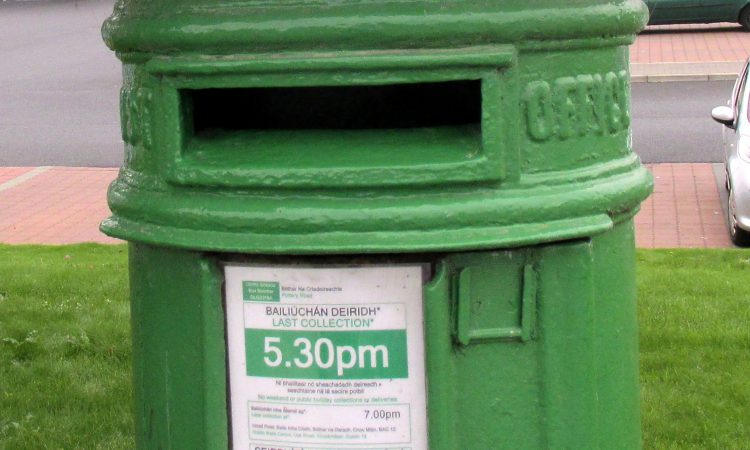 The Rural Independent Group has once again called on the government to help the under-pressure rural post office network.

They say it’s in light of the very “alarming recent analysis” undertaken by the Irish Postmasters’ Union (IPU), which indicates a €17 million shortfall between retail revenue and network operating costs for 2021.

This shortfall equates to an average loss of €19,181 per post office, according to the TDs.

The group says urgent funding is necessary to cover the projected shortfall in revenues post offices receive for their work, which has been severely impacted by Covid-19.

“As a group, we have been consistently raising the crisis impacting the Irish post office network. In fact, we introduced an extensive PMB [private members’ bill] motion on the matter in the Dáil in November 2016.

“That motion called for immediate actions on a number of concurrent fronts, including a five-year holding plan commitment; an action plan to sustain the future viability of the network; community banking through the network; and the provision of one-off funding for the organisation.

Regrettably, despite the fact that the motion was passed by Dáil Éireann, almost none of the proposed measures have been implemented four years on.

“We acknowledge that An Post has established a strategic plan for the medium to long-term future of the company, covering the period 2017-2021; however, it is now clear that this plan is inadequate and must be reviewed in tandem with direct government intervention.

“We are again today [Monday, October 5] calling for all of the proposals contained in the agreed motion to be implemented without delay,” McGrath said.

The group of rural TDs says that as an immediate measure, given the findings of the recent Grant Thornton report for the IPU, the once-off funding they called for in 2016 must be delivered in Budget 2021.

If the funding is not provided in Budget 2021, the rural grouping says many post offices are likely to face closure early in the new year.

“We are deeply concerned that if the government does not act on this call, then the entire post office network could collapse,” McGrath continued.

“The report projects that the annual expense of the network is set to cost €70 million in 2021 but will generate a retail revenue of only €53 million.

We fear that many local post offices, large and small, urban and rural, could be forced to close, if the financial environment under which they operate, and government inaction continue.

“State funding for post office networks is available in the UK, France, Spain, Belgium, Italy, Finland and Poland, with the approval of the European Commission. Thus, state funding or a subsidy model can also be adopted here,” he said.

“Over 30% of the population use the post office every week in Ireland. They provide for the distribution of €4.6 billion of social welfare related payments, together with an immeasurable spin-off support to other local businesses and communities,” said Deputy McGrath.

“While separate research carried out by RED C in February 2020 found that 91% believe their post office provides a valuable service to the local community, 86% supports the government providing financial support to keep their post office open and 86% wish to see more state services available at their post office,” said Deputy McGrath.