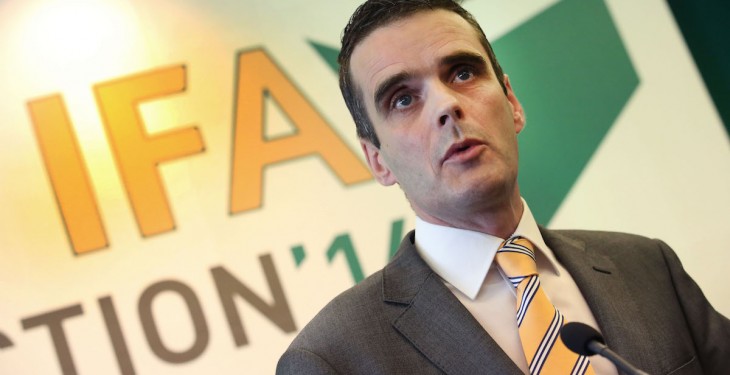 The rumoured €5,000 maximum payment limit per farmer under the proposed tillage crisis fund has been described as “an insult to farmers” by the President of the Irish Farmers’ Association (IFA) Joe Healy.

Healy spoke to AgriLand at the headquarters of the Department of Agriculture, Food and the Marine in Dublin, where an IFA delegation staged a sit-in on Wednesday, June 5.

The figure of €5,000 was never brought up in previous meetings on the proposed tillage crisis fund attended by the IFA, Healy said.

The €5,000 limit was never once mentioned, never once, at any of the meetings. The first place we saw that was when the department, or someone in the know, leaked it to the press on Tuesday (June 4).

“We spent all day yesterday (June 4) and today (June 5) trying to get someone to talk to us about those figures and there was no one willing to talk,” he added.

The IFA is willing to continue the sit-in until such a time as the Minister for Agriculture, Food and the Marine, Michael Creed, and his officials, give a commitment to meet with IFA representatives in order to discuss the details of the proposed tillage crisis fund.

The president of the IFA also said that the rumoured maximum payment of €5,000 per farmer must be taken off the table.

He said: “There is no need for it to be limited at that. Right through the negotiations – as far back as last September – the view was that it would be the maximum figure that’s allowable under the de minimis state-aid rules; which would be €15,000.

The manner in which tillage farmers, who lost crops last year during the difficult harvest, have been treated by the minister and the department was described as “shoddy” by Healy.

“I think it is bad form and unacceptable that this has dragged on since last September. The farmers in question, that we are representing and that we are so concerned about, have had their livelihoods threatened.

“Contractors who did work for them last September haven’t been paid yet. Those contractors went in to salvage maybe as little as 1t/ac; they still need to be paid and they deserve to be paid.

I’ve spoken to some of those contractors and they haven’t got the heart to go back to ask the farmers to pay because they know that there is no money there.

“It’s just shoddy treatment of farmers to have allowed this to have gone on for so long,” he said.

Sit in at @agriculture_ie HQ set to continue through the night! @IFAmedia #tillage #protest pic.twitter.com/iUkwVcpt84

Farmers have also had to withstand the additional costs of getting new crops in the ground this year, which are set to be harvested in the next few weeks, on top of the financial pressure caused by the losses suffered in 2016, Healy added.

The president of the IFA outlined how the association had carried out a survey of approximately 250 farmers who had lost crops last year, in an effort to quantify the losses.

Healy underlined that farmers who lost crops last year need to be supported.

We’re nothing if we can’t represent that group of farmers that you see here tonight.

“It is very unfortunate that it has come to this for a relatively small amount of money in the greater scheme of things. This is a sector we want to safeguard and we are prepared to do everything we can to safeguard it,” Healy concluded.

The department confirmed to AgriLand that it has received a request from the IFA for a meeting to discuss a proposed crop compensation fund for tillage farmers affected by the severe weather events of September 2016; a request that it is “happy to facilitate as soon as possible”.

It was also confirmed that the final terms and conditions, as well as details regarding an application process for such a scheme, are yet to be finalised and published by the department. 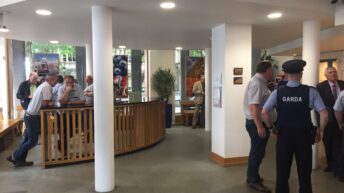 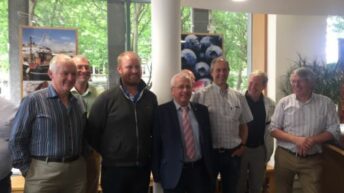