By Charles O’Donnell and Sylvester Phelan

The recipients who received the largest payments under the Common Agricultural Policy (CAP) in 2018 have been revealed.

The Department of Agriculture, Food and the Marine published its CAP Beneficiaries database for 2018 today, Friday, May 31, with the highest payment going to Co. Wexford.

Representatives of Nicholas Furlong, Co. Wexford, received €323,292.31 in the form of direct payments under CAP in 2018 – the highest payment in the country, according to the department.

The recipient of the third highest amount was Paul Carr, of Letterkenny, Donegal, who received €221,510.67. 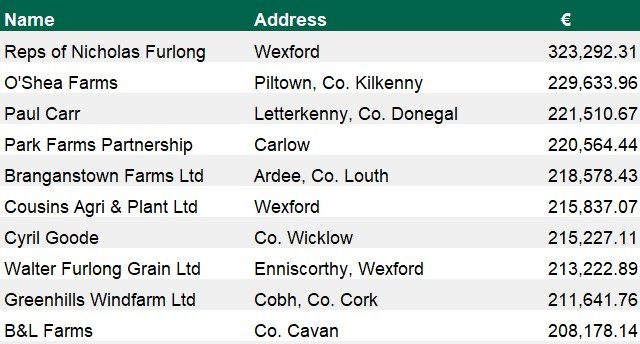 A total of five new beneficiaries also broke into the top 10 in the intervening year. 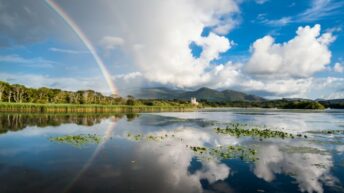 ‘We must take responsibility and stand over our environmental credentials’