‘Reseeding is one of the most cost-effective on-farm investments’ 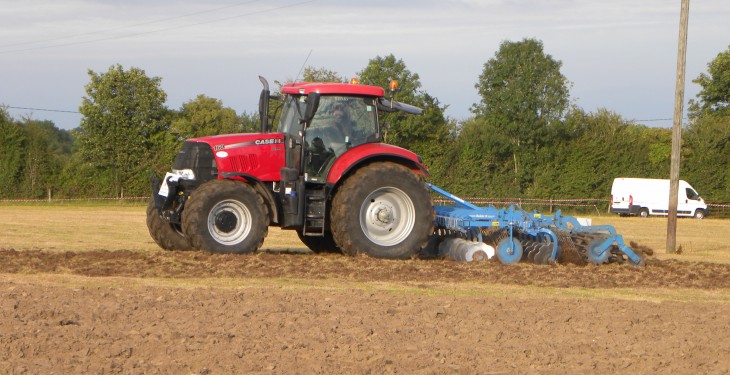 Paddocks with a low proportion of perennial ryegrass are costing farmers up to €300/ha per year due to a loss of grass dry matter production and reduced nitrogen use efficiency during the growing season according to Teagasc.

If the cost of reseeding is estimated at approximately €700/ha, the increased profitability of the reseeded paddocks would cover their own reseeding cost in just over 2 years.

With such a short turnaround from investment to profit this puts grassland reseeding down as one of the most cost-effective on-farm investments according to Teagasc.

White clover is becoming commonly used in perennial ryegrass swards due to environmental regulations and as well as the increased nitrogen (N) fertiliser prices.

In a perennial ryegrass sward, clover has been shown to increase animal dry matter (DM) intake at grazing which can lead to higher liveweight gain.

Additionally, clover has the ability to fix atmospheric N, making it available for grass growth and supplies between 50 to 150kg N/ha per year to the sward.

The proportion of clover in swards varies depending on the time of year and sward management according to Teagasc.

In general, grass/clover swards have low levels of clover in spring, usually below 10%, and this significantly increases to a peak of between 40-50% in late summer/early autumn.

Clover has a lower growth rate than grass at temperatures below 10°C, which is why the clover content is so low in the sward in the spring.

Clover growth continues up to 24°C, whereas grass growth peaks at temperatures between 15-20°C.

Due to their different growth rates, clover and grass growth patterns complement each other throughout the year.

With grass growth peaking in May/June followed by a decline, clover growth rate reaches optimum conditions in July and August.

Clover can be over-sowed into existing swards, a much cheaper alternative to traditional reseeding methods.

For over-sowing to work the clover seed has to come in contact with the soil. Therefore, over-sowing will work only where there is a reasonably open sward according to Teagasc. 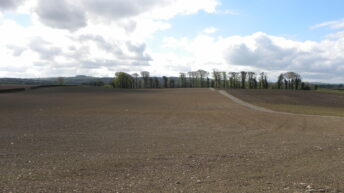 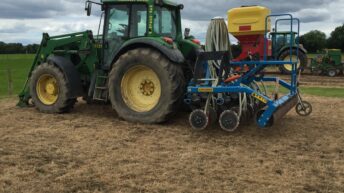