Request for grain auditing system to be introduced

Calls have been made by the Irish Grain Growers’ Group (IGGG) for an auditing system to be introduced to track all grain traded in Ireland.

The group argued that grain growers are already signed up to the Irish Grain Assurance Scheme (IGAS) and that they are fully traceable as well as cross compliant.

Commenting on the matter, IGGG chairman Bobby Miller said: “It’s time now for the grain trade to do likewise and ensure that grain sold is distinguished between imported and Irish.

An auditing system that would clearly account for and distinguish between Irish and imported grain is essential for those in the food, brewing and distilling industry – for whom full traceability is paramount.

“Indeed Guinness insists that a contract be in place with growers to ensure a supply of Irish grain,” he said.

However, as it stands, the IGGG warns that Ireland is increasingly leaving itself exposed to damage to the image created by the agricultural industry – which has created premium markets both here and abroad.

Continuing, Miller said: “Bord Bia and Origin Green must not stick their heads in the sand when it comes to the traceability of fodder and feed fed to Irish livestock – and indeed the grain that the brewing and distilling industry heavily depend on for marketing of their brands.

We now import approximately 60% to 70% of the grain we need to feed our livestock, of which a large proportion is genetically modified.

“These grains, in many instances, have travelled long distances and it reflects poorly on the Origin Green ethos to reduce our carbon footprint,” he added.

Alongside this, the IGGG is calling for an Irish Grain Bonus Scheme – one similar to the Glanbia Gluten Free Oats model – to be established. It is hoped that this would “inject new confidence” into the tillage sector.

Meanwhile, the IGGG raised concerns relating to statistics that indicate that there has been a 14% reduction in tillage land in the past five years – which is leaving the country more dependent on imports.

Miller added: “We recently had a situation where we had to import both fodder and meal – leaving many farmers vulnerable, deeply stressed and financially insecure; many farmers are now depending on merchants’ credit to tide them over.

The erosion of the tillage sector has exposed frailties of the agricultural industry.

“We can no longer depend on the bread basket that is the sunny south-east, where lorry loads of straw and grain were traded each year to provide much-needed winter fodder and bedding for our livestock.

“How will Brexit impact on this in the next couple years? Will our neighbours be so keen to trade with us and at what cost, with hard borders seen as inevitable? Fodder became scarce in parts of Britain this spring also; some were beginning to question fodder being exported,” he said.

The group maintains that the introduction of a grain auditing system in Ireland could be used as a strong marketing tool – as end users would be more confident of the grain’s origins.

This would also prove beneficial with regards to exports. The IGGG outlined that consumers are now becoming more aware of the origins of the products that they are buying.

It is imperative that the idea of a “closed-loop chain” is explored; the group also pointed out that this grain should demand a premium margin per acre. 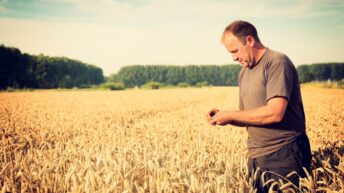