Record year for Lemken in Ireland 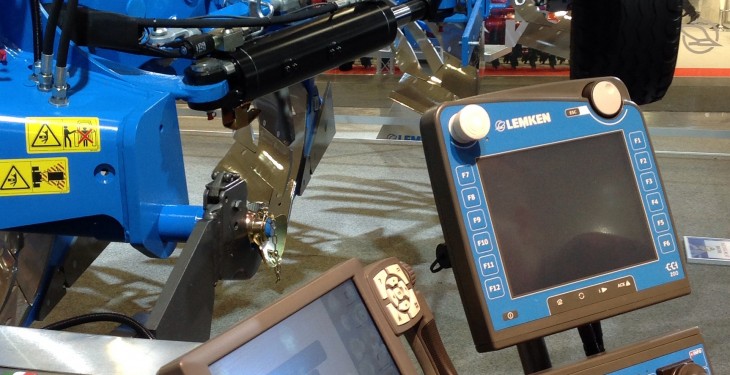 Lemken has recorded a record year for sales growth in Ireland in 2013. That’s according to area sales manager Diarmuid Claridge.

He said: “We’re absolutely delighted with the results for the year which are up 20 per cent. The company is really flying at the moment.”

Lemken, which is a specialist arable farming machinery manufacturers, has once again completed the 2013 financial year with an excellent result, following two years of successive growth.

With total sales revenue globally of €363m, the Lemken Group achieved an increase of six per cent over the previous year.

According to Claridge: “Here in Ireland ploughs were really popular in last year. This year we are seeing a huge pick-up in sales for our grain and fertiliser drill. With the late spring farmers are really seeing the value of the machine.”

Central to the company’s growth has been the domestic German market, where Lemken was able to record 11 per cent growth, although demand on international markets was also consistently positive. In France, an important agricultural market, the company achieved 20 per cent growth, and in the UK it even managed to increase its sales by 45 per cent.

The Russian Lemken subsidiary recorded a four per cent growth, as did the remaining Eastern European countries. Sales were also exceedingly successful in Canada and the young markets in the US and South Africa, where Lemken has built up early distribution structures.

The sales figures also comprise the manufacturing plant in Nagpur, India, which has been operating for a year, and the recently commissioned assembly plant in Qingdao, China. Both plants manufacture machines for their respective local markets. The export ratio remained almost constant at 72 per cent.

“The fact that we have been able to achieve yet another year of growth is mainly due to the outstanding commitment and motivation of our employees,” commented Lemken’s managing director, Anthony van der Ley.

Also, the company’s various investments made in manufacturing technology and logistics proved effective in allowing existing production capacities to be utilised as flexibly as possible. The number of employees increased by seven per cent to 1,144.

“Our positive result also builds on the good income situation of farmers and contractors, who are investing in professional agricultural machinery to future-proof their businesses,” Van der Ley noted.