Record number of entries for ‘first dairy show of the year’ 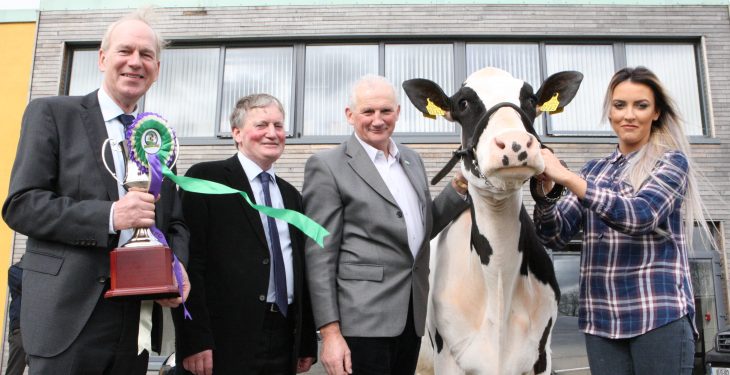 The Emerald Expo Dairy show looks set for a record field this year, as 130 entrants get ready to take to the show-ring at the Virginia Show Centre this Saturday (April 29).

That’s well up on last year, according to Donal Carey, Field Officer with the Irish Holstein Friesian Association, which is organising the event.

“It’s just people interested in keeping good stock and wanting to show their animals the best that they can. Also, it’s a bit of optimism – the start of a new year. It’s the first show that we’ve had [this year] and the first outing that will give everyone an idea of what the standard is like and what the benchmark is.”

Now in its seventh year, the expo was established to fill the gap in the calendar following the wind-up of the RDS Spring Show nearly 25 years ago.

“The RDS show was a real highlight for farmers, and the breed in general, every year,” said Carey.

“This show is an all-breeds dairy event; the breeds involved would include the Jersey and Shorthorn – and of course the Holstein Friesian as well.”

There will be competitions in almost 30 different classes on the day, with an overall championship at the end. There are also three showmanship classes for children, teenagers and young adults.

“That’s interesting to see; the children looking to acquit themselves well. It’s an emphasis on their own skills as well.”

Mark Logan of the Clandeboye Estate in Bangor, Co. Down, will be judging the competitons.

“Mark would be well-known as a judge in the North and in the UK, and he also judges quite a lot in the Republic as well,” Carey said.

We had the show in Virginia last year and people liked the venue and thought it was a nice atmosphere. It’s fairly accessible and the facility is good, so maybe all of those things combine together.

“There’s a good population nearby of breeders who do like showing – in Cavan and Monaghan. That part of the country would be very strong with people who keep good stock and who are proud of what they do and like to show their animals off.”

That’s not to say breeders won’t be coming from far and wide. Carey has entries from as far away as Wexford, Limerick and Donegal.

“There’ll be a few long drives,” he mused. “It’s the main gathering point for breeders this weekend.”

“It’s a one-day event. It is a busy day but once the show’s over they can head home on Saturday evening. It’s fairly hectic but that will make it interesting for visitors,” he said.

“The last major show we had in the Republic would have been the dairy show in Millstreet last October. We’ve a long gap from October to almost the start of May.”

Carey is expecting a good turnout of afficionados.

“We’ve members in 26 counties and, within our population, we have some people who are really into the showing. They’d turn up at events throughout the year, and distance wouldn’t matter to them,” he said.

Entry is free on the door, with events kicking off at 9am. Anyone who has an interest in good cattle is welcome to come along. 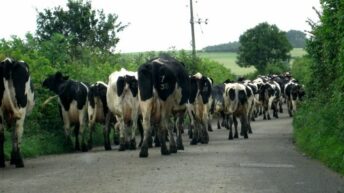