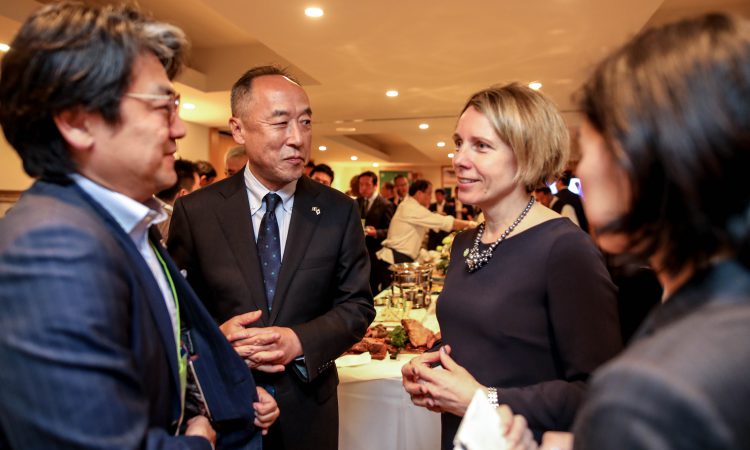 The Department of Agriculture, Food and the Marine and Bord Bia formally begun an Irish trade mission to Japan in Tokyo today, Monday, June 10.

Bringing over a group of Irish meat and dairy representatives, the trade mission kicked off this morning in the Irish Embassy in Japan with an expert market briefing indicating the opportunities and what to watch out for in the Asian country – home to the world’s fourth-largest economy.

The event, held in the Irish ambassador’s residence, was opened by the ambassador himself, Paul Kavanagh, welcoming everyone to the seminar.

The ambassador handed the audience over to the Department of Agriculture’s assistant chief veterinary officer Paula Barry Walsh, who underlined the strict food safety regulations in place to ensure safe, high-quality food.

“The range of expertise that Ireland puts into its agri sector is considerable.

“In our Department of Agriculture, we set out the policy around how we implement the controls. We transpose legislation as is necessary – and one of the main points to draw to your attention is that the powers of personnel in our department are considerable.

“We can detain food, instruct that it be destroyed, take it off the market in those rare and unusual circumstances where it’s a necessity to protect the consumer. We obviously have powers of entry, inspection, observeillance, sampling, and all the routine elements.

It’s often said that we know more about our cattle than we do about our people.

This was followed by a short speech delivered by Bord Bia CEO Tara McCarthy. McCarthy stressed the credentials of European beef.

“We understand that Japanese consumers are increasingly looking for sustainable, clean food options. There’s a real demand for produce that’s farmed in countries with good air and land quality, and low pollution.

“And it’s based on these insights that it’s hardly surprising that there’s been such a strong trading relationship between Europe and Japan – and now between Ireland and Japan,” McCarthy said.

“Japan is now our third-largest export market for pork, and our fourth-largest destination for Irish cheddar cheese exports.”

The CEO also referenced the implementation of the Japan-EU Economic Partnership Agreement (JEEPA), which came into effect on February 1, this year.

“With reducing tariff rates being phased in over the next 15 years, we’re already seeing the commercial impetus this trade agreement is bringing to the broad spectrum of agri-food products.

“In addition, Ireland is the first EU country to enjoy the relaxation of the Japanese over 30-month rule; this – in conjunction with the reduction of tariffs in the economic partnership agreement – represents a significant opportunity for Ireland to bring exports to a market which imported over 500,000t of beef in 2018 and is the third-largest global importer.” 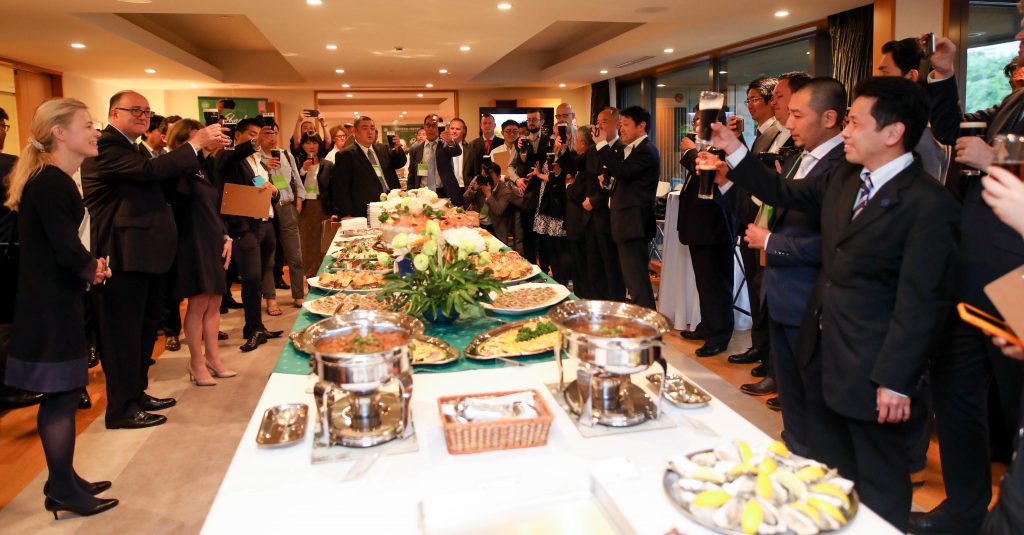 Following the seminar, delegates were invited to sample a range of food made with Irish ingredients including Irish beef, pork and seafood, as well as a selection of Irish beverages.

Further tariff reductions will eventually bring the tariff rate down to 9% by 2033.

Meanwhile, pigmeat tariffs fell from 4.3% to 2.2% on February 1; tariffs now stand at 2% for EU pigmeat, and will reduce in increments to reach 0% by April 1, 2027 – however, complex import scheme safeguards and a “gate price” will remain in place until 2030, according to Bord Bia.

Dairy produce will also see a reduction in tariffs through the agreement. Currently, Irish dairy faces 26.1% tariffs; these tariffs are expected to be reduced in 16 equal installments to reach 0% by April 2033. 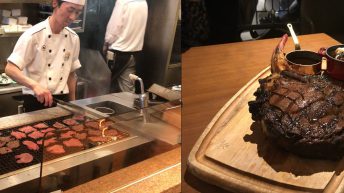