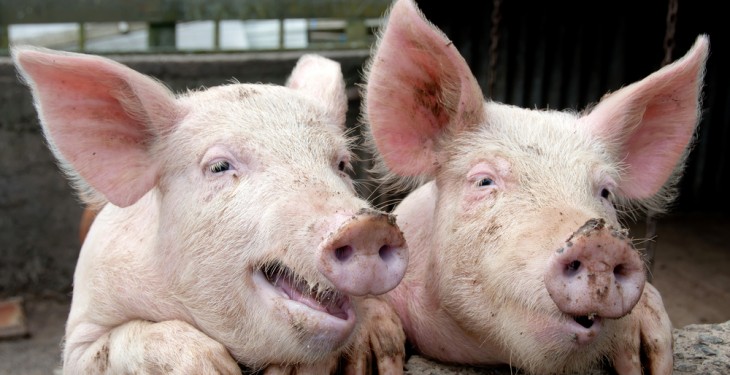 Worm infestation in pigs can devastate performance and producers could be losing up to €10/pig unless worms are effectively controlled, according to MSD Animal Health.

It says that research shows that unless worms are controlled producers could be losing money in reduced performance, lower food conversion, impaired meat quality and poor fertility.

The use of an effective dewormer can significantly reduce the worm threat and its impact on income, Sharon Magnier, Veterinary Advisor with MSD Animal Health says.

She says that worms often go unnoticed as they don’t always produce the clinical signs or mortality that are often associated with viral or bacterial diseases.

“But they can have a huge negative impact on pig health,” she said.

According to Magnier, Ascaris suum, Trichuris suis and Oesophagostomum spp are the three main worm types that affect pigs.

“Ascaris suum infestation, even at sub-clinical levels, can reduce live weight gain of finishing pigs by up to 50g/day.

“Severe Trichuris suis infestation can reduce performance by up to 120g/day in growing pigs (between 30kg and 100kg) resulting in an additional 16 days to reach slaughter weight.

“Oesophagostomum spp infestations can increase the feed required to maintain a sow’s body condition and reduce productivity by up to 10%, amounting to an additional 120kg feed a year,” she said.

Magnier also says that worms can also increase the pigs sensitivity to other infections by reducing immunity and where intestinal damage occurs, the risk of infection from bacteria for example E. coli, Salmonella and Pasteurella multocida is increased.

“Equally seriously, they can affect the pigs response to vaccines.

“Studies have demonstrated that pigs exposed to worms did not respond as well to enzootic pneumonia vaccination and had a significantly higher percentage of lung lesions at slaughter than those that were worm free,” she said.

She said that stringent health and hygiene practices such as all-in all-out production policies together with cleaning, washing, disinfection and drying of pens and buildings between batches are critical practices in worm control.

“These parasites can survive for long periods in the environment. For example, Ascaris suum eggs can remain infective for up to nine years, even inside buildings with slatted floors. Good management on its own will not break this vicious cycle.

“It must be accompanied by regular treatments with an effective anthelmintic,” she stressed.

Faecal egg counts can be used to assess worm infestations, however, their effectiveness is limited as faecal egg counts require the presence of adult worms that are producing eggs in the pigs, MSD says.

“Adult worms may indeed be present, however often they will only shed eggs intermittently. This means that there is always the risk of a false negative on a faecal sample and further highlights the need for a strategic worm dosing programme,” she said.

Magnier said the launch by MSD Animal Health of a water-administered de-wormer represents a major advance in the fight against worms in pigs.

The de-wormer stays in suspension without re-stirring for up to an eight-hour administration period and according to MSD, this improved homogeneity ensures more uniform intake by the pigs being dosed.

This improved formulation also reduces the risk of clogged pipes and filters that have sometimes discouraged pig producers from using water-administered wormers, it says.

“A unique aspect of this dewormer is its short treatment period – two to three days, depending on the type of worm infestation. A significant advantage is the withdrawal period of just four days.

“This offers the flexibility of being able to treat finishing pigs towards the end of the production cycle. It also has the advantage that cull sows can be marketed soon after treatment,” she said.