Michael Creed, Minister for Agriculture, Food and the Marine, has announced in the Dail today, December 6, that meat processors will pay farmers for losses they incur as a result of carcass trimming.

Responding to a question from Charlie McConalogue, Fianna Fail spokesperson on agriculture, Creed said: “I understand that processors will introduce a payment to the farmer supplier to reflect any loss, in each case where [the department] has applied a trim fine on a particular carcass.

I have stressed the need for positive engagement between suppliers and processors and I understand that Meat Industry Ireland has accepted that no individual farmer should be at a loss from a mistake made in a factory in relation to the application of carcass dressing procedures.

Creed said that this measure is part of an “ongoing dialogue” with the meat industry, both within The Beef Forum, and directly with Meat Ireland.

The minister also said that additional inspection services at slaughter plants by department officials were due to be increased.

“Additional monitoring of carcass presentation by my department’s Veterinary Public Health Inspection Staff (VPHIS) in the factories is currently being rolled out,” said Creed.

Creed added that 521 such inspections had already been carried out in 2018, spread across 32 plants, with over 44,000 carcasses examined.

These inspections revealed that 19 carcasses were found to be inconsistent with EU regulations on trimming.

Although this amounts to only 0.05% of all carcasses examined, Creed acknowledged that “one case is one too many”. 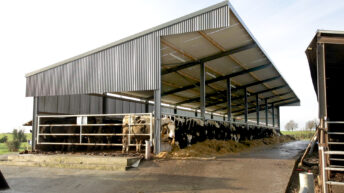