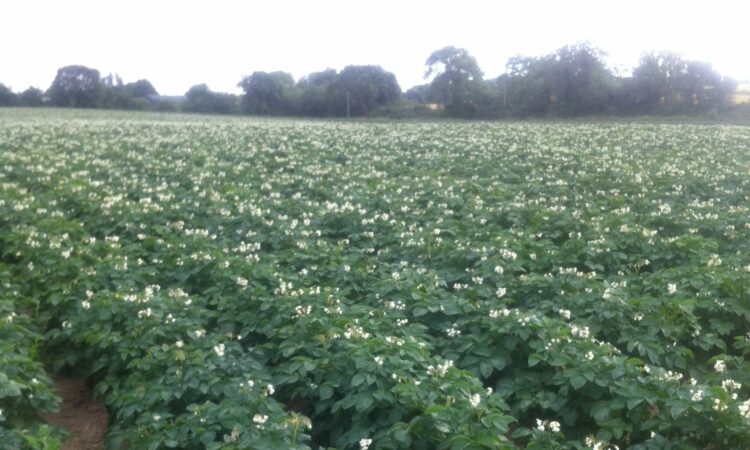 Ireland’s potato growers have not had an easy time of it over recent years. And one can only commend them on their undying spirit and commitment to their cause.  More than any other sector of Irish agriculture they are wholly dependent on the weather when it comes to getting work done. But, as we all know, sometimes the rain just doesn’t know when to stop in this part of the world. Just look out the window again today – leaden skies and pulses of heavy rain.  But hopefully the sun will re-appear over the coming weeks

When the weather deteriorates, most livestock farmers have a Plan B: they can bring their cattle and sheep in until conditions improve. But for potato growers it really is a case of taking it all on the chin. Ireland’s tillage sector has been battered by the weather like no other. One has only to think back to the summer of 2012 for confirmation of this.  So let’s hope potato growers are allowed to get on with things, working with the weather – rather than fighting against it during the year ahead.

There is no other industry so dependent on the weather than is agriculture. It is possible to control many aspects of a farm business but when it comes to nature’s most powerful force we all have to accept what comes our way.  Numerous conferences have been held over recent months, focussing on the issue of Global Warming. However, given the last few winters that we have  endured, many sceptics are saying that the planet may not be heating up at all and that the scientists have got their predictions wrong.

Potatoes are not a cheap crop to grow. Seed and land rental charges have gone through the roof this Spring. Growers need a good year after the carnage caused to the sector over recent years. Let’s hope they get it!