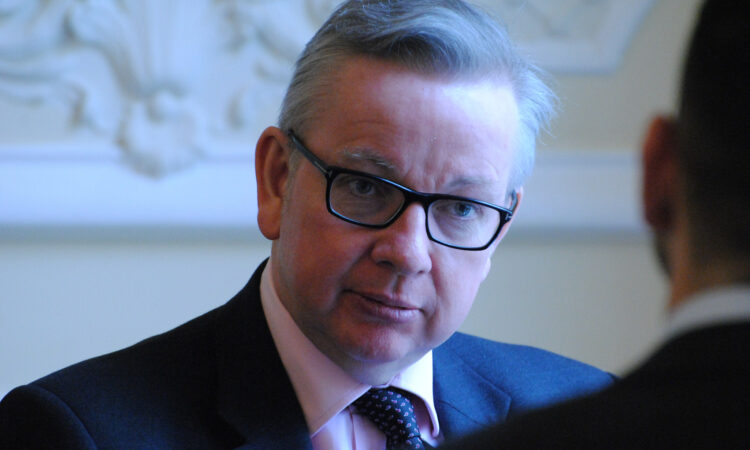 UK Secretary of State for Environment, Food and Rural Affairs Michael Gove has stated that there will not be zero-rate tariffs on food products post Brexit.

Speaking at the National Farmers’ Union 2019 Conference in Birmingham today (Tuesday, February 19), the secretary added that there will be “protections for sensitive sections” of the UK agricultural sector.

Responding to a question on rumours of zero-rate tariffs, Gove was quick to dispel suggestions, adding that the UK government will be making an announcement on the matter in the coming days.

I can’t preempt the announcement that should be made later this week but one thing I can assure you is that it will not be the case that we will have zero-rate tariffs on food products.

“There will be protections for sensitive sections of agriculture and food production. Beyond that I can’t say at the moment but there were several points in my speech which might bear rereading but I can’t say any more than that.

“The debate that has been depicted in the press is not an accuarate and real discussion that we’ve been having nor is it the eventual outcome of these,” he added.

In his address to the conference attendees earlier today, Gove made a number of references to the possibility of introducing tariffs, particularly in a no-deal scenario.

“The Government is, of course, doing everything it can not just to secure a deal but also to mitigate the impact of leaving without deal.

In particular, you have argued that we need tariffs on sheepmeat, beef, poultry, dairy, both milk and cheese; and pig meat in order to safeguard our valuable domestic production.

“Your concerns have been absolutely heard and announcement on new UK tariffs in a no deal scenario – with specific and robust protections for farming – will be made shortly.”

The secretary of state added that direct cash supports will also be an option for the most vulnerable sectors.

“But while I can and will energetically and determinedly try to deal with the consequences of no deal let no one be in any doubt how difficult and damaging it would be for British farming.

“We have been clear – across government, from the Prime Minister down – that we will not lower our standards in pursuit of trade deals, and that we will use all the tools at our disposal to make sure the standards are protected and you are not left at a competitive disadvantage.

“That is why today I welcome [NFU president Minette Batter’s] call to establish a commission bringing together expertise from across the country and across sectors to ensure that we can maintain the world-class standards which give British food producers their well-deserved global reputation.” 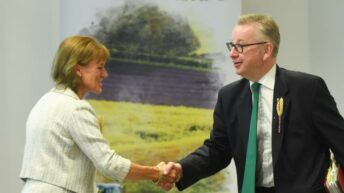