‘Beef carcase weights could decline even further in 2018’ 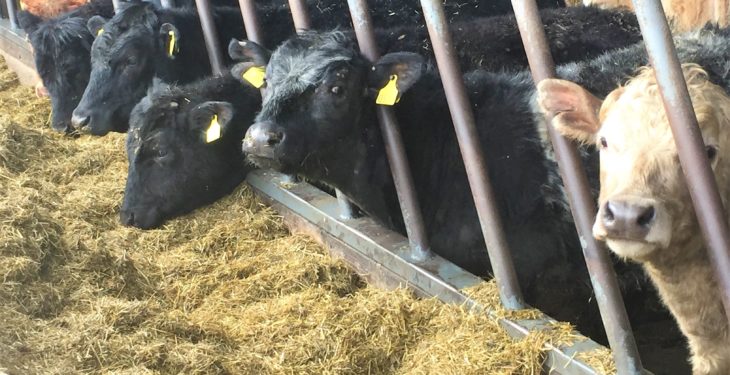 There is a possibility that beef carcase weights could decline further in 2018, according to Bord Bia’s Joe Burke.

Burke was speaking at Bord Bia’s Meat Marketing Seminar, which was held at the Killashee Hotel in Naas, Co. Kildare, today.

He said: “Carcase weights were down by 1% and again no increase is likely this year; that will obviously depend on the fodder situation.

If farmers are obliged to finish their animals earlier, as a result of tight fodder supplies, we are even likely to see the carcase weights decline slightly further.

Burke highlighted the average carcase weights decline across steers, young bulls, heifers and cows in 2017 – as detailed below.

Also Read: Cattle slaughterings at the highest point in the decoupled-payment era

According to Burke, there will be an increase in throughput of between 30,000 and 50,000 head in the coming year. Some of this increase will be made up of prime cattle; but, a significant portion will include cull cows from the dairy herd, he added.

Advertisement
With regards to EU beef production, Burke explained that there was an increase of 1.6% in the year just gone versus 2016.

Looking forward to 2018, it is forecast that beef production across the EU will increase by a more modest 0.4%.

Poland is expected to see the biggest increase of 5.5% in 2018; while, the Netherlands is forecast to experience a decrease of similar proportions.

Irish beef production is set to increase by 1% and production in the UK is expected to jump by 1.6%.

Commenting on beef prices, Burke said: “Irish cattle prices increased by 1.6% – or by about 6c/kg – with a lot of momentum being gained particularly over the last couple of months of the year.

“We also saw improvement in cattle prices around continental Europe over the autumn months. In the UK, the cattle prices rose in sterling terms – thankfully that helped to negate a lot of the damage that could have been done by the euro/sterling exchange rate and by the weaker pound sterling,” Burke said.

Cattle slaughterings at the highest point in the decoupled-payment era