Pork sector: First signs of a decline in the EU reproductive herd 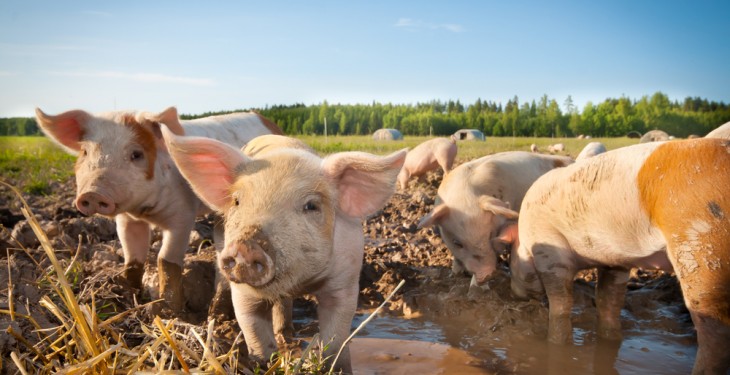 As a consequence of the below average pigmeat prices, the first signs of a decline in the reproductive herd can be seen, according to the European Commission.

It says that despite the decreasing pigmeat prices, the lag in the adjustment of pig production meant that EU slaughterings continued to go up in the second quarter of 2015 compared to 2014 although at a slower pace, reaching +3.9% for the whole first half of the year.

The most remarkable growth was recorded in Spain (+9.1% or 265,000 tonnes in first half of 2015) based on a strong increase of breeding sows (+5% or 105,000 heads). Higher production was recorded also in the other major pig meat producers: Denmark, Germany, the Netherlands, Poland, Belgium, France and the United Kingdom.

However, according to the Commission the first signs of a decline in the reproductive herd can be seen.

The recently published June 2015 livestock survey shows that the number of covered sows and gilts not yet covered slightly decreased in the main producing Member States (-0.7% and -1.7%) compared to June 2014.

Although this change is relatively small, it is similar to the increase of breeding sows seen in the December survey 2014.

Nevertheless,  the Commission says the number of piglets recorded is still on the rise (+1.1%), explaining the current depressed piglet price.

The Commission says these findings might limit the overall 2015 annual increase in meat production to around 2.7% year-on-year and in 2016 to 0.5%.

In total 64 000 tonnes, mainly boned legs and bellies, were offered to the private storage scheme opened in March 2015.

Denmark, Spain and Poland represented 56% of the concluded contracts. A new private storage aid scheme could be expected by the end of this year if the market further declines, while Member States can opt to use the solidarity package for farmers also for the pork sector.