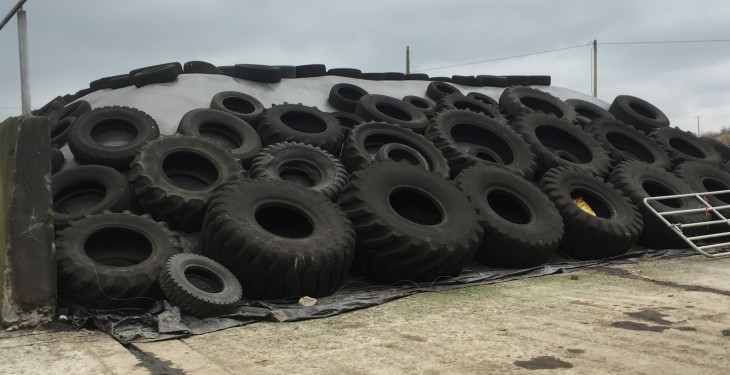 Pit silage should be the last resort for farmers who run short of grass this spring, according to Teagasc’s Mike Egan.

Egan said that grass growth has been slow this year, due to the cold harsh weather and frosty nights and as a result some dairy farmers may run out of grass earlier than planned.

Speaking at a Teagasc Spring Grazing farm walk in Banagher, Co. Offaly, the Teagasc Post Doctoral Researcher said that the daily growth rates on many farms are about 7kg DM/hectare.

He said that grazed paddocks are slow to regrow and if growth rates don’t increase in the next couple of weeks farmers could run short of grass and may have to buffer feed cows silage.

Dairy farmers should feed cows high quality baled silage made from surplus grass over pit silage, as it has a higher digestibility and protein content.

“The digestibility of baled silage is 4-5% higher than pit silage. High quality silage bales made from surplus grass during the year might not be as good as grass, but it is the next best thing,” he said.

However, he said farmers should still aim to give cows at least 75% of their diet from grazed grass, as silage can have a negative impact on cow performance.

“If possible, farmers should aim to keep silage out of the diet altogether.

“But, if farmers have to feed silage, it will have a negative impact on grass utilisation, milk protein and Body Condition Score (BCS).

“If you are going to feed the cows silage full time you will have to look at a high protein meal (+20%) to keep the protein levels of the diet up and to avoid a drop in milk protein,” he said.

He also said that the poor grazing conditions has meant that farmers are feeding higher levels of concentrates this spring compared to last year.

Ideally farmers would like to be feeding 1-2kg of concentrates, but the weather has blown that out of the water.

Egan also said that farmers should be feeding a 14-15% protein nut, if grass makes up a over 50% of the cows diet, as their will be enough protein in the grass to meet the cows requirements.