Pics of Brussels protest as 6,000 farmers and tractors hit the streets

Over 6,000 angry farmers have gathered from across Europe to a mass Brussels protest in advance of key meeting of European Agriculture Ministers.

Following the growing concern about the economic crisis especially in the dairy and in the livestock sectors in certain member states of the EU, the Luxembourg Presidency decided to convene an extraordinary Agriculture Council meeting. 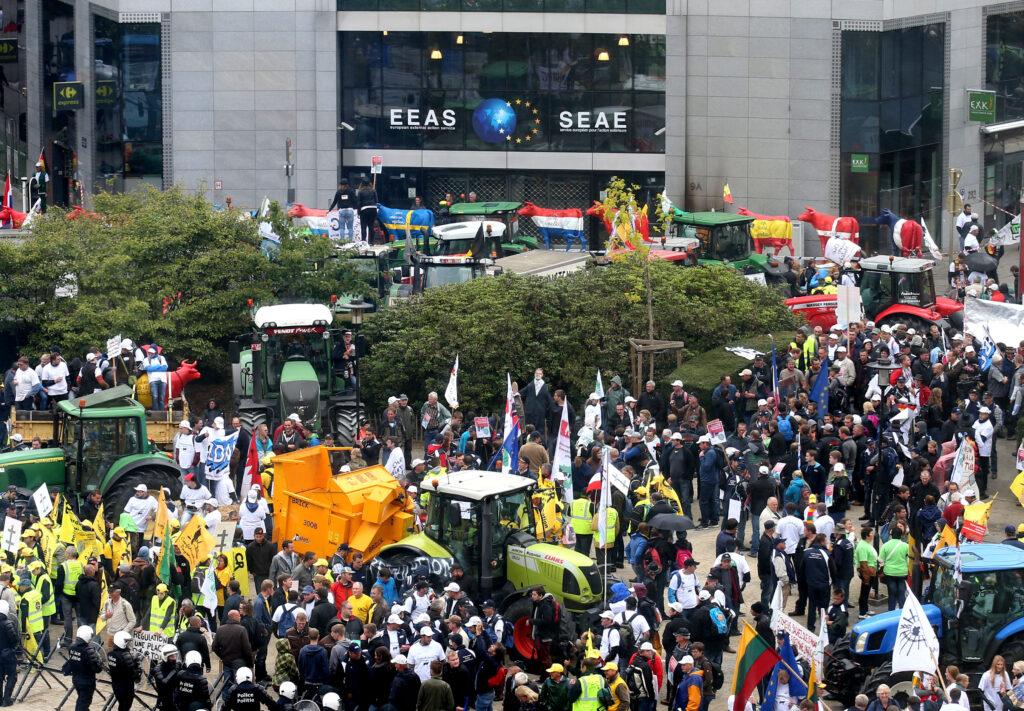 2015 has seen incomes in the dairy and pig sectors come under particular pressure due to poor market prices. Global market weakness and the Russian ban on EU food products are seen as key factors in the current market downturn in these sectors. 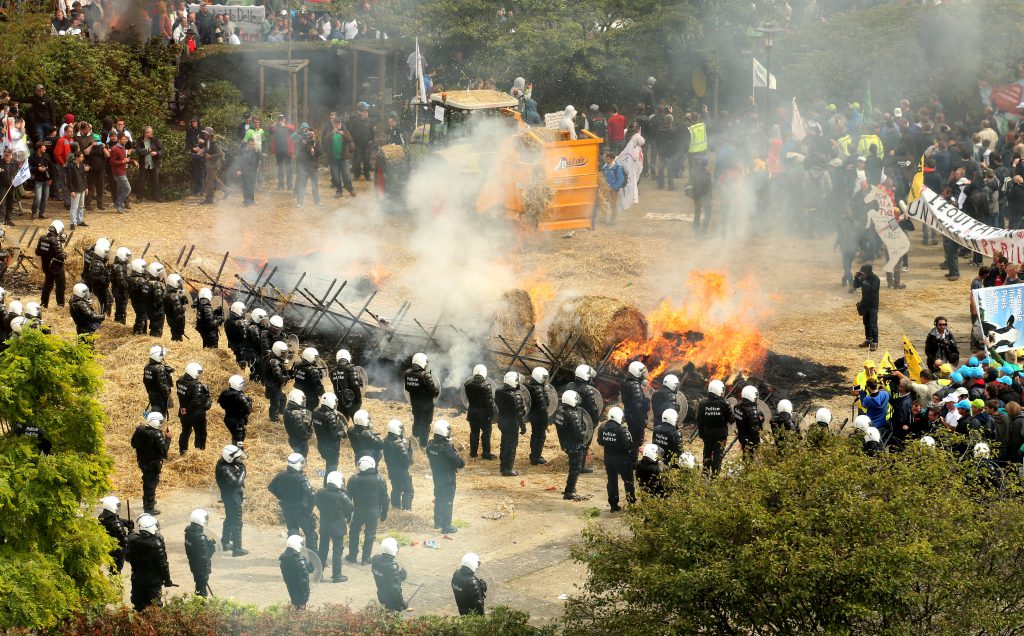 Speaking in advance of the Meeting the Minister for Agriculture Simon Coveney said he was expecting quite a lot from the Council meeting.

“Primarily a comprehensive package of measures to support farmers.

“There are tools available within the CAP for the commission to act to use emergency measure,” he said. 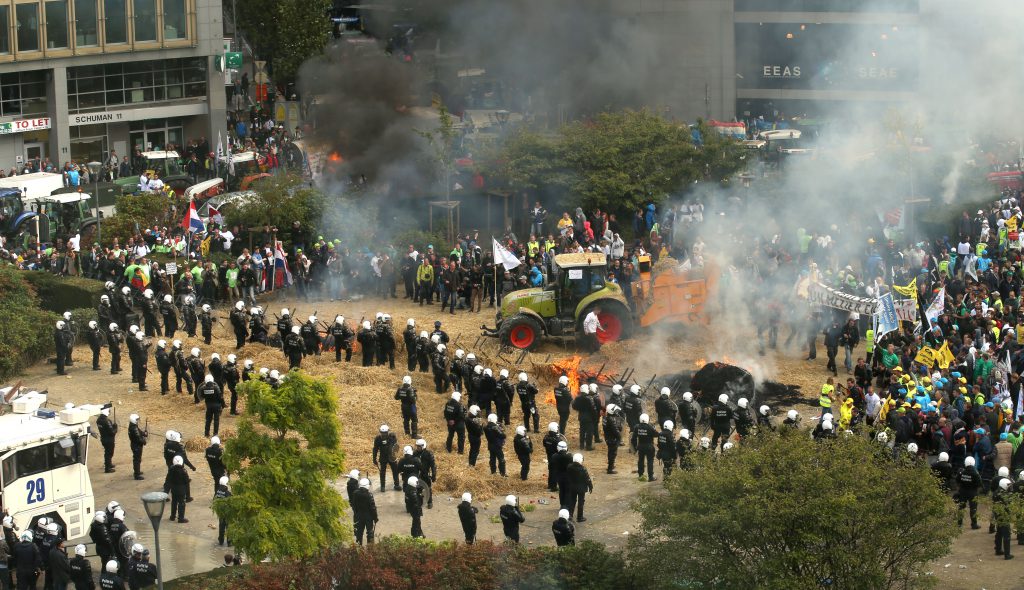 Coveney stressed that the current market turmoil is a a temporary pricing problem.

“We had this back in 2009 when dairy prices fell even more dramatically.

“The whole point of having a Common Agricultural Policy including safety nets and market intervention tools is that when you get a dramatic reduction in price the commission intervenes,” he said. 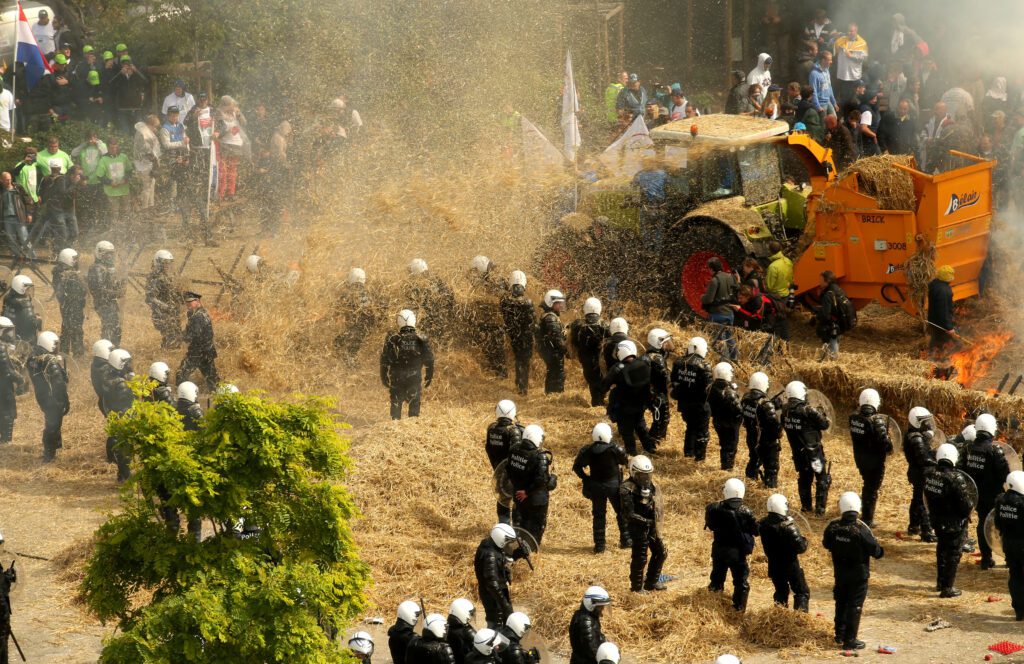 In a clear warning to the EU Commission and the Farm Council in advance of the major protest by farmers in Brussels, IFA President Eddie Downey said the food chain is broken, with below-cost selling by retailers and input cartels squeezing the viability from productive farm businesses, which are already under severe pressure from depressed and volatile commodity markets.

“It is critically important that Ministers step up at tomorrow’s meeting with a strong declaration that Europe will ban below-cost selling of food and address the excessive input costs imposed on farmers.

“It is vital that Farm Ministers take action to ensure the EU Single Market is working properly”. 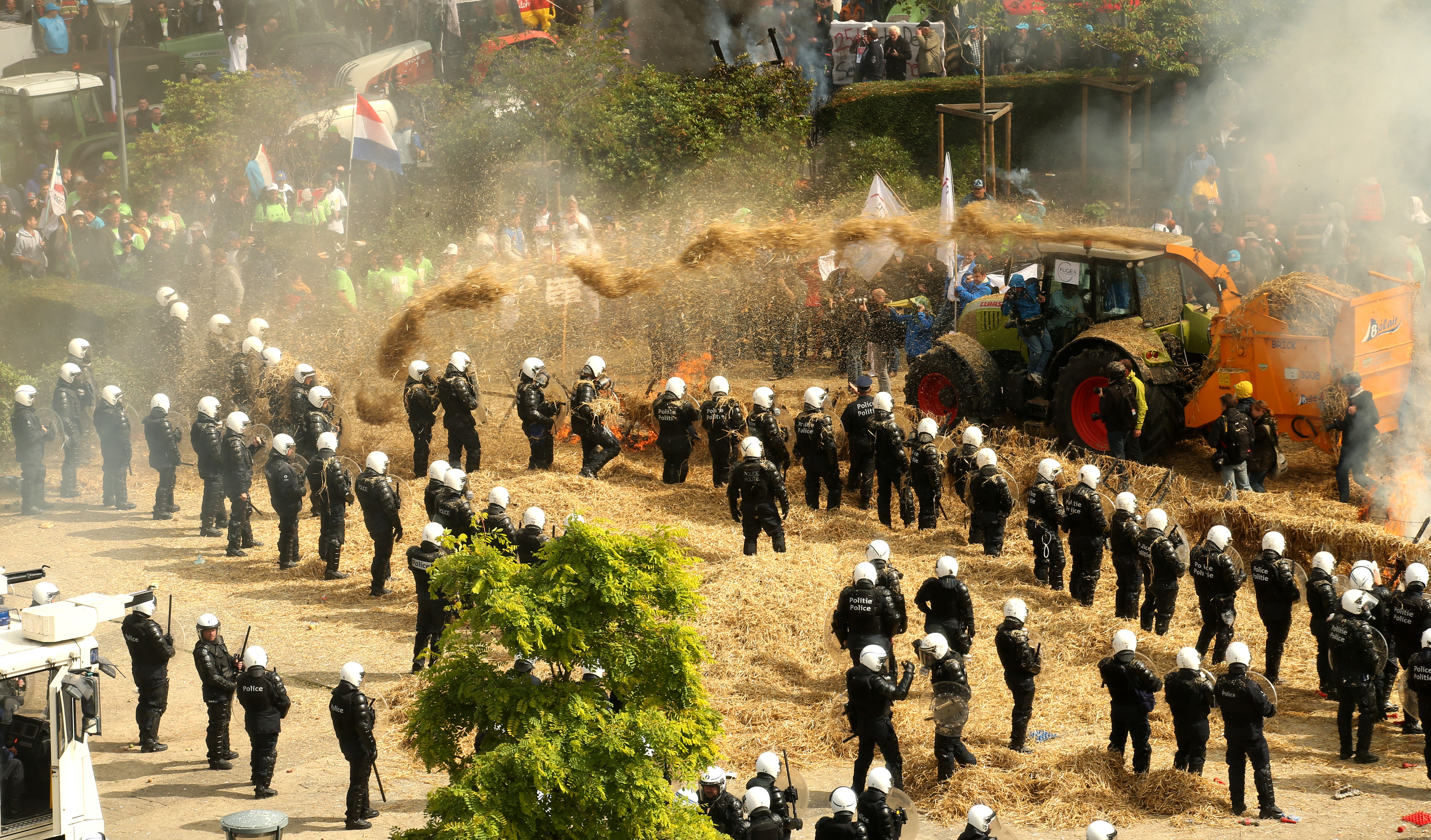 The IFA President, who was at the Brussels protest said input providers will have to reduce their costs and take their share of the pain in helping farmers through this income crisis, and the Commission and Farm Council should insist on this.

Eddie Downey said the EU Commission must use the fund of over €800m in surperlevy fines to support dairy farmers through this crisis, which has been largely created by political interference in the markets and the Russian ban.

He said it is unacceptable that European farmers are expected to carry the cost of the consequences of political decisions. 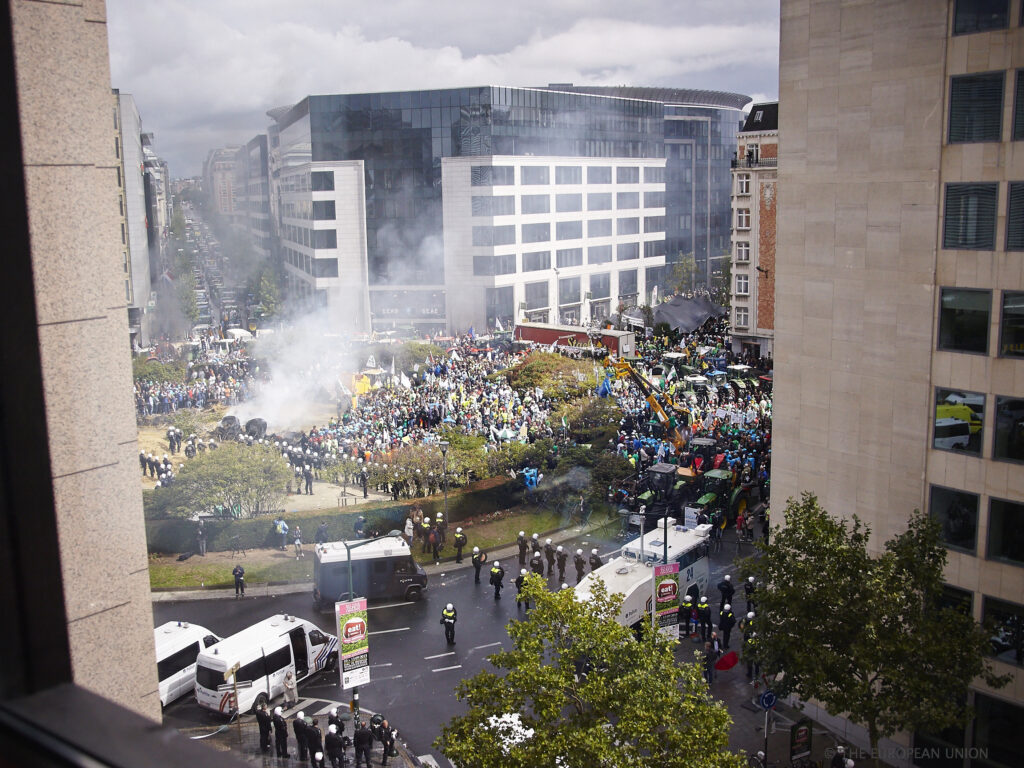 Downey also said the 70% proposed advance on the Basic Payment demanded by IFA will be a boost for cashflow on income-strapped farms.

He said normally farmers get a 50% advance on their payments on October 16, but because of the income crisis situation, the Commission is proposing to increase this to 70%.

“The Minister for Agriculture Simon Coveney has to ensure the 70% advance includes the Basic and Greening payments, and that all other EU payments are made on time.”

The remaining 30% will be due on December 1. 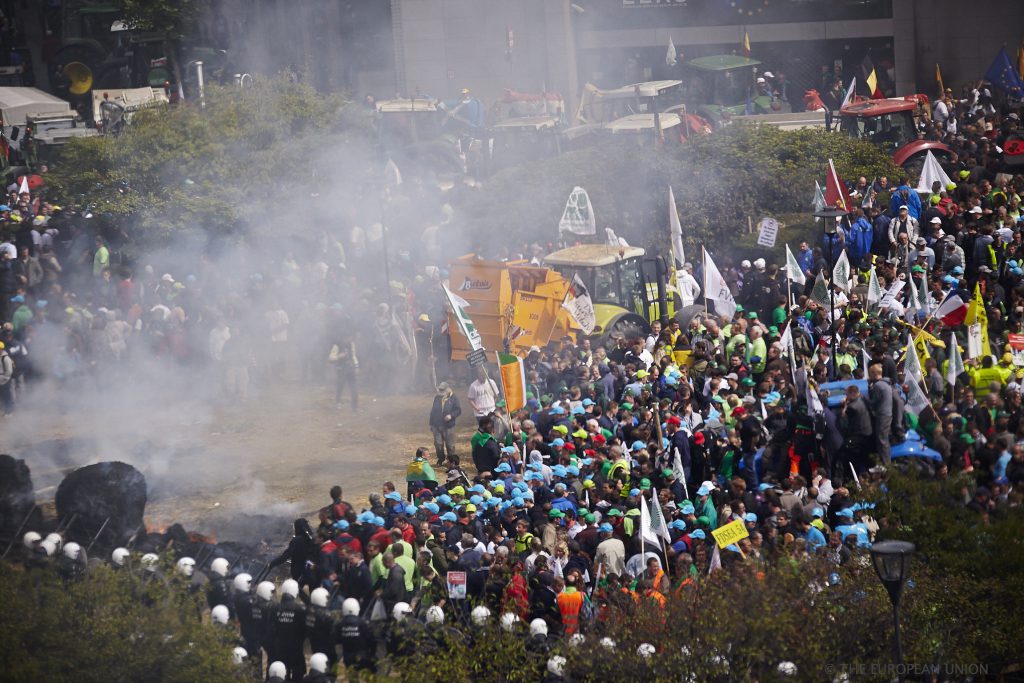