Pics: How one organic farm generated gross margin above €1,300/ha 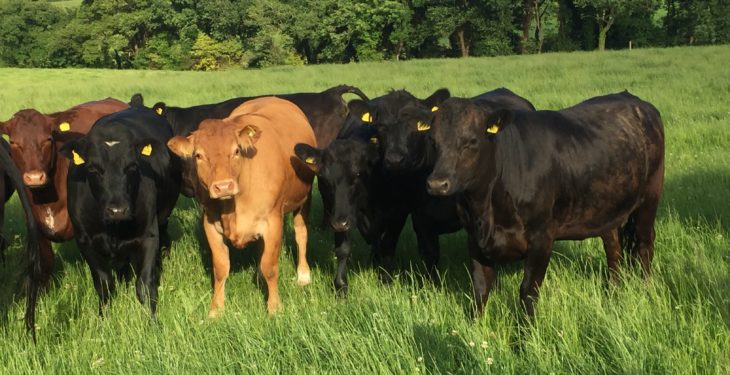 And just last week, the Kingston’s welcomed more than 100 visitors to their farm as part of the Department of Agriculture / Teagasc series of farm walks. In 2016, the Kingston’s farm produced a gross margin of €1,343/ha.

Why did they make the move to organic farming?

Speaking at the farm walk, Stuart said his family have been farming in Farnanes for over 60 years. His father originally purchased the farm in 1953.

He also touched on why he made the decision to switch from conventional farming to organics, which took place in 1997.

I felt that I couldn’t make a living out of conventional farming the way I saw things going. The farm is the only source of income for my wife and I.

“And with the high cost of inputs, such as concentrates and fertilisers, we decided to make the switch to organic farming.”

In 1998, the Kingstons entered organic farming and two years later they achieved full organic status for the crops and livestock produced on their farm.

The Kingston’s farm consists of approximately 65ha (55ha owned and 10ha leased), which is used for a store-to-beef enterprise and a tillage enterprise.

Prior to entering organic farming in 1998, the Kingstons ran a beef fattening system and approximately 220 animals were finished over the winter on an annual basis.

Along with the beef business, the husband-and-wife team also ran a tillage enterprise; the crops grown included malting barley and sugar beet.

When the farm entered the organic conversion process, a suckler herd was established on the farm and all of the resulting progeny were brought to finish.

However, with an increasing number of suckler farmers entering organic production, Stuart saw an opportunity in buying quality stock and bringing them to finish. As a result, the beef farming system changed and the suckler herd was dispersed in 2012.

The move to a store-to-beef system

At present, Stuart and Jean operate a store-to-beef system. All of the cattle are brought to finish on grass and red clover silage diets.

Concentrate supplementation is also kept to an absolute minimum and each animal receives approximately 200-250kg of cereals over its stay on the farm.

All of the feedstuffs used in this system, including grass, red clover silage and organic cereals, are produced within the farm gate. This really sets the Kingston’s operation apart from the majority of conventional beef finishers in Ireland.

Stuart explained that he buys all of the cattle directly from other organic farms. This, he said, reduces the stress on the animal.

“These cattle are isolated for about a week before being introduced slowly to the rest of the herd.

“I have dealt with the same farmers for a number of years and I buy an animal that will finish off grass, such as Angus or Hereford cattle,” he said.

On the type of cattle purchased, Stuart added: “I try to avoid buying overly-fancy continental cattle as any time I have bought them I have been disappointed.

They are a high-input animal and they just don’t suit my system. It would be like buying a Ferrari and putting diesel in it.

Typically, he purchases weanlings at approximately six months old at 250-270kg. These cattle are held on the farm until they are fit for slaughter.

This year, the Cork-based farmer has paid 2.40c/kg for heifers and 2.50c/kg for steers.

Last year, the Kingstons finished 50 cattle. This consisted of 32 steers and 18 heifers. The average steer spent 404 days on the farm and produced an average carcass weight of 346kg.

The heifers came to finish a little sooner (369 days), but they also produced lighter carcasses (318kg).

All of the stock finished on the farm are marketed through Good Herdsman in Cahir, Co. Tipperary, and the average beef price stood at 480-540c/kg in 2016.

Despite the profitability of the system, Stuart advised the farmers in attendance to plan carefully if they intend to enter organic beef production.

“You need to plan carefully if you want to go down the organic route, as the cattle have to be booked in for slaughter 12 months in advance,” he said.

He added: “You need to make sure you have your stocking rate correct and it will take a little bit of time to find the right stocking rate for your farm.

“I would rather keep a few less cattle and make more bales then to be overly stocked and be short of grass.” 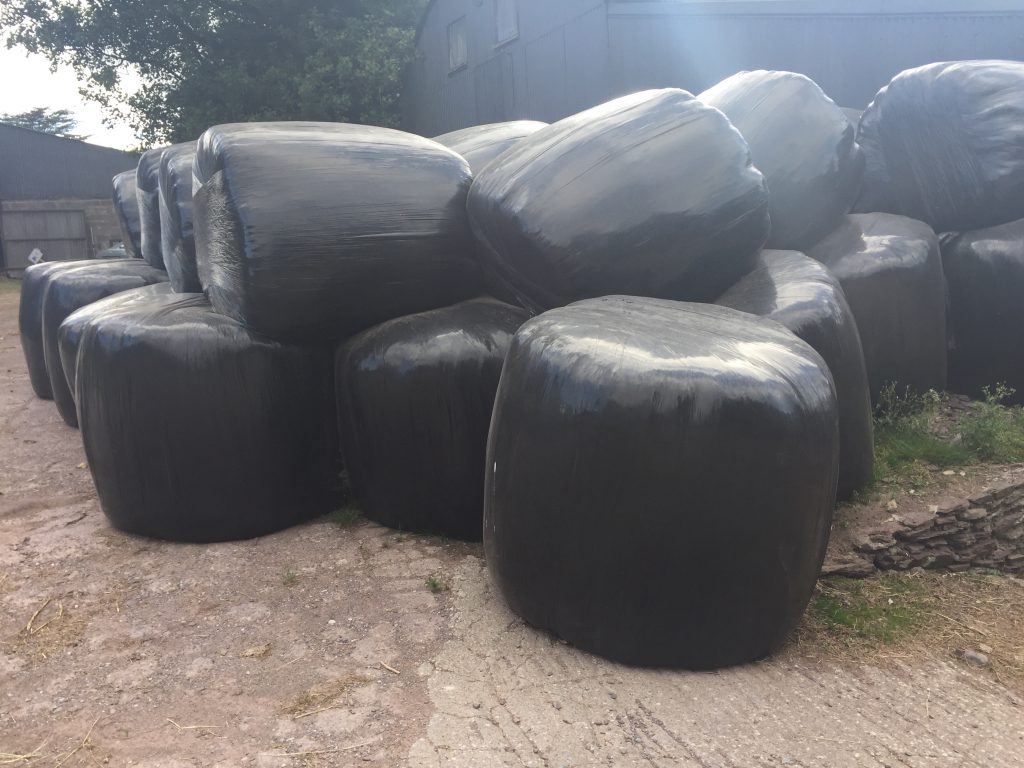 In addition to the beef enterprise, the Kingstons also grow a number of crops on their farm. These include: combi-crop, potatoes and red clover / grass.

The tillage enterprise, which consists of approximately 18ha, generated a gross margin of €1,903/ha in 2016.

Combi-crop is the main cereal crop grown on the farm and 16ha of two different combi-crops are sown on the farm each year. Mixtures include oat and peas, along with a three-way mixture of oats, wheat and peas. 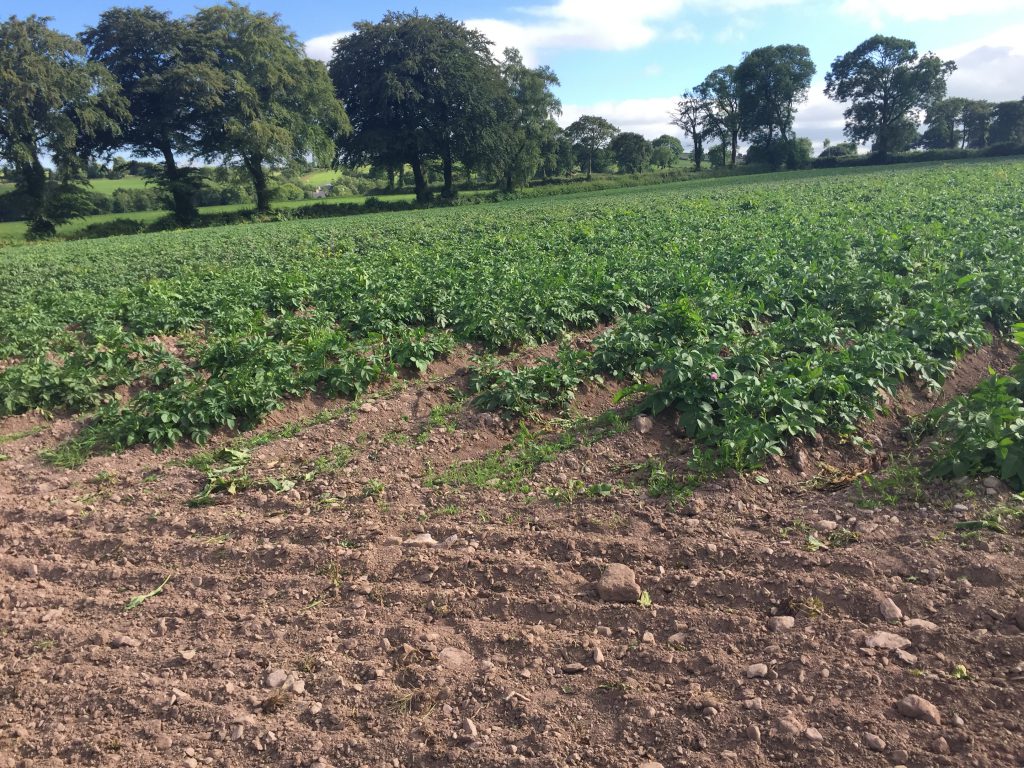 Approximately 10-12t of the 75t of cereals produced are retained on the farm, while the remaining 63-65t are sold to other organic farmers.

As it stands, there is a strong demand from other organic farmers for this crop and last year the Kingston’s charged €440/t for organically-certified grains.

In addition to the combi-crop, the Kingstons also grow 1.4ha of potatoes. The potatoes produced on the farm are sold through four farmers’ markets and one restaurant.

Stuart also grows 6.7ha of red clover / grass to produce silage to meet the forage requirements of his beef cattle over the winter months. 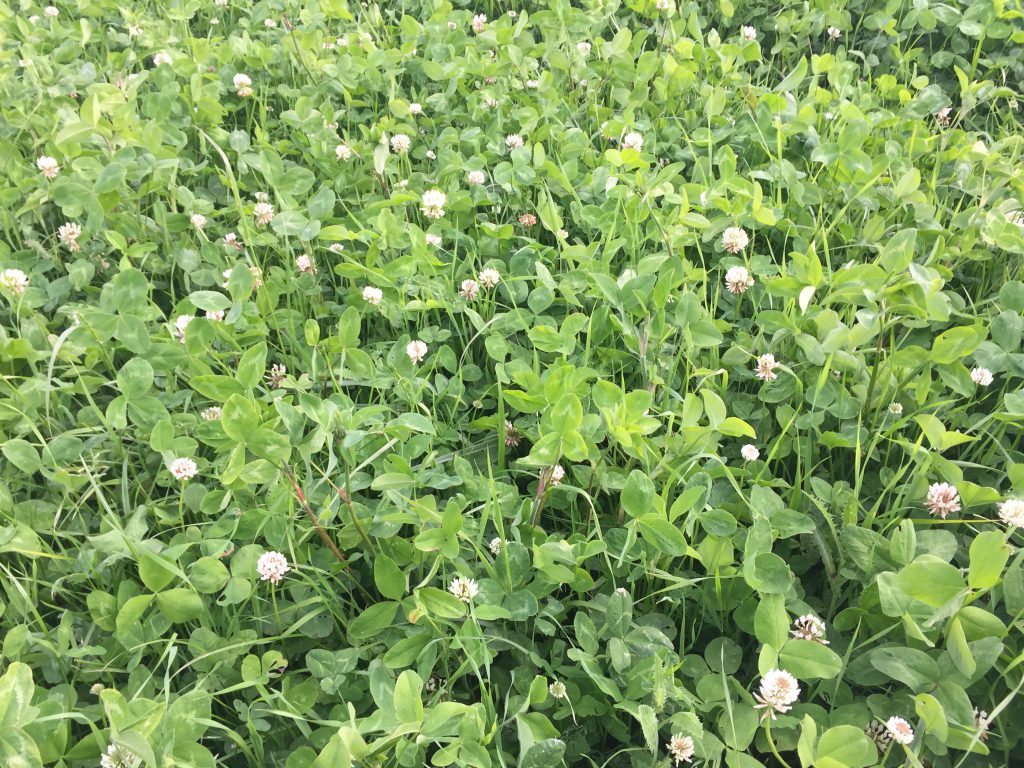 Three to four cuts of silage are taken from these swards each year for three years. A crop of potatoes usually follows as Stuart finds it difficult to get the benefits out of the red clover / grass swards into their fourth year of production. 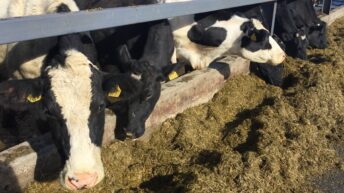 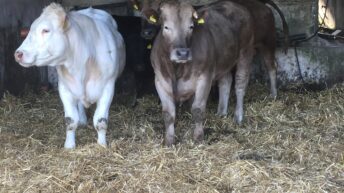