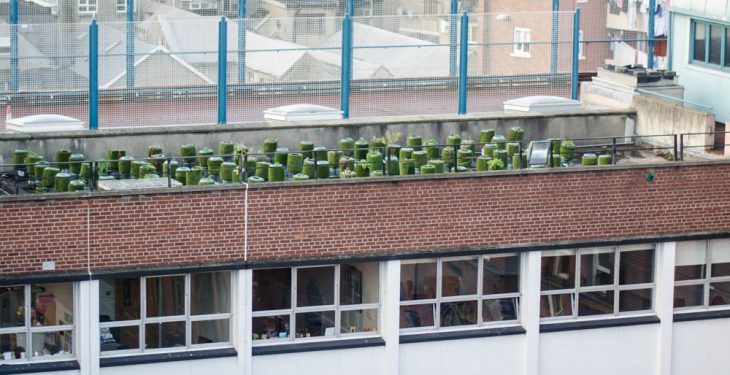 There are over 60 varieties of potatoes being grown on a roof, where nine colonies of bees and fish are helping to grow plants on an urban farm in one Dublin school.

Urban farming has taken off in Belvedere College, Dublin 1, where the students get stuck into planting, tending to and harvesting plants.

Simon O’Donnell is the coordinator of the urban farm, which gives the students of the school a hands-on experience.

The project is proving to be popular with the students in the school and this year it is a finalist in the Zayed Future Energy Prize, which could see the school take home $100,000 should they win.

The school grows micro-plants, with mostly salad crops bring grown and harvested at the moment due to the quick turnaround from planting to harvest.

“The only two crops where we’ve any kind of volume is when we go to the microbeans, wheatgrass, things like that,” O’Donnell said.

Micro-broccoli is being grown and it’s a 14 to 18 day crop from seed to harvest – it’s that kind of time line, he said. 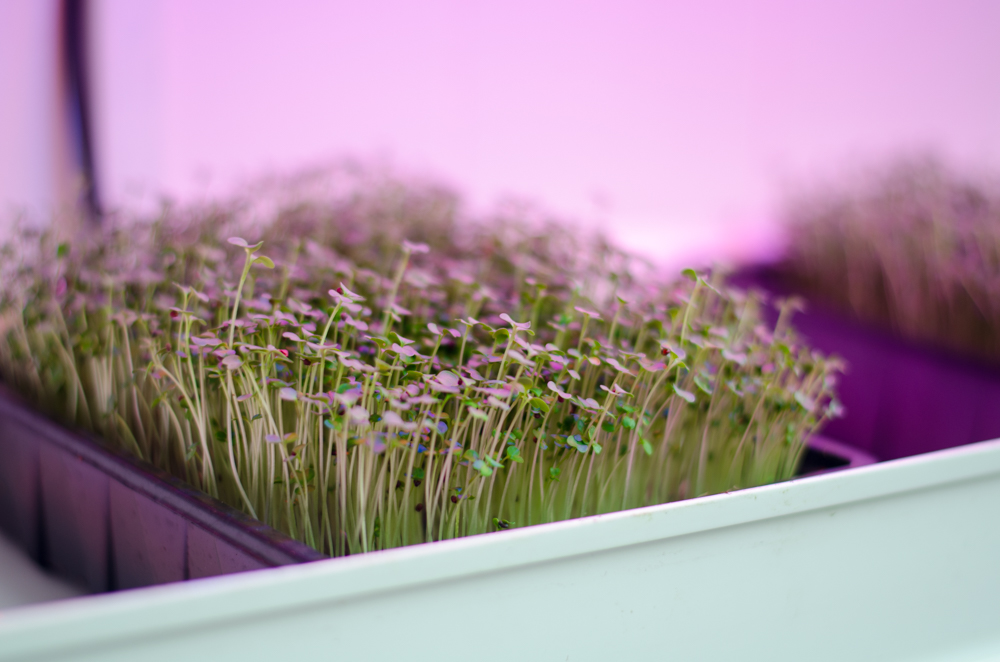 This stuff is incredible. We can grow any micro-herb or micro-vegetables, anything at all will grow in this system.

“We’ve grown radish, peas, sunflowers, those would be the main ones we’ve grown so far. We’ll probably get in some popular things like kale and basil as the next crops to bring in.

“But this is phenomenal stuff, in the summer you could have a 10 day turnaround.”

“For the lads, its a real quick turnaround. They put the seed down and two weeks later they have a product of that plant.”

The plants are grown under horticultural grade lights and as the school goes through the winter then they’ll be able to keep growing plants at a reasonably efficient rate using the lights. 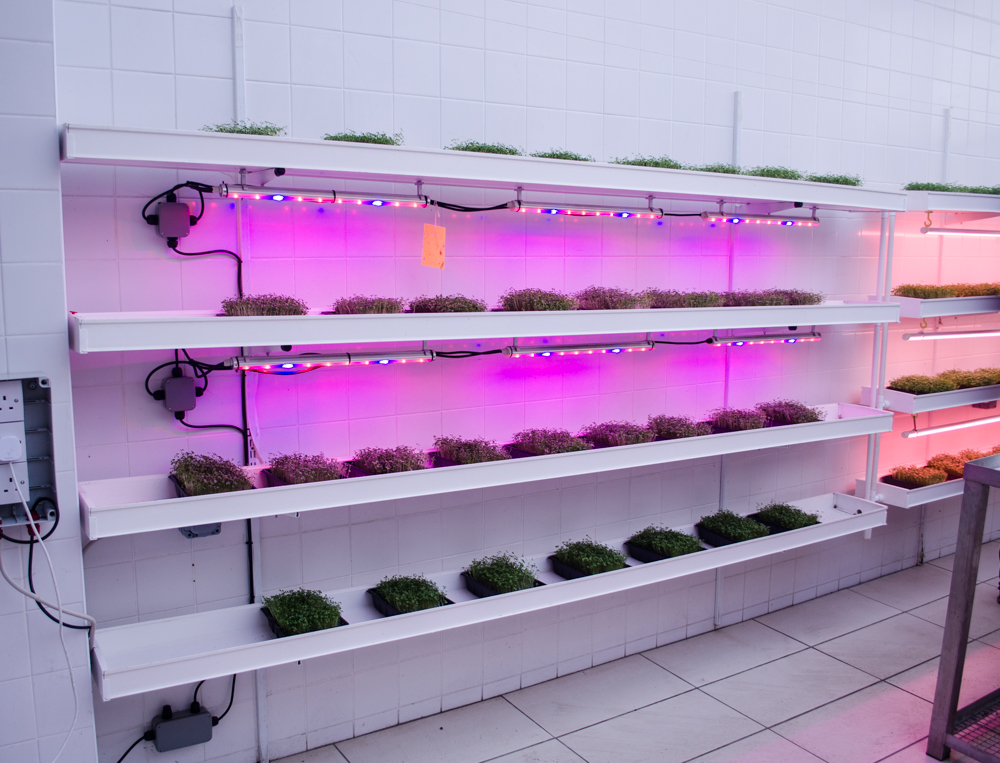 Growing potatoes on a roof

No less than 60 varieties of heritage potatoes are grown on one of the roofs of the school. The potato crop at the school is now going into its third year.

“What we’re hoping to do in 2017 is to share out the seeds to some local schools and then have heritage potatoes growing around the place, to create a bit of awareness about that crop.” 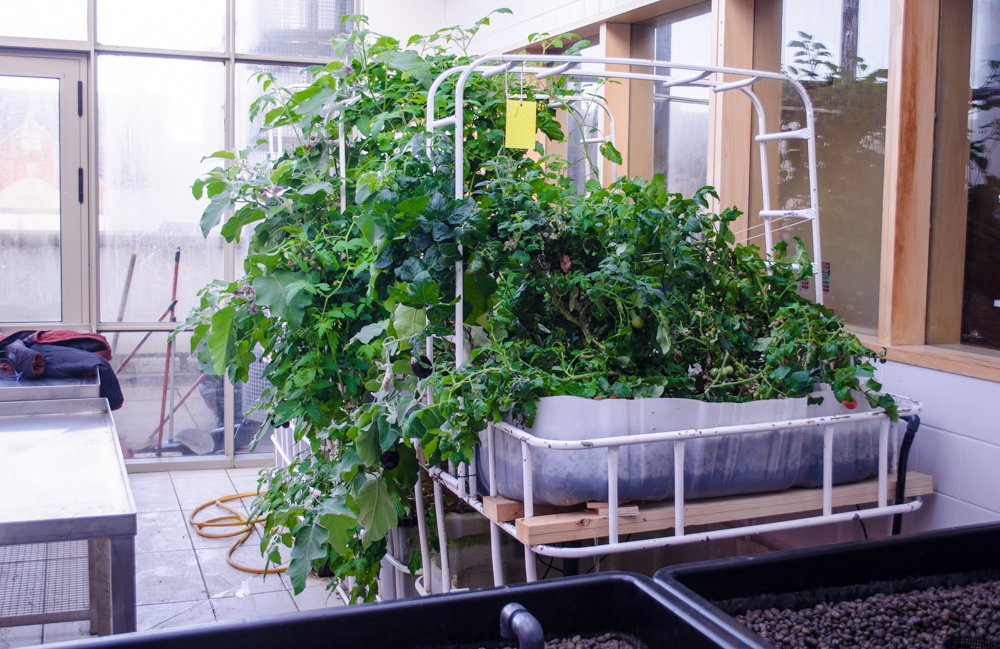 The potatoes are grown in an up-cycled water cooler bottle. The soil sits on top of the bottle, then there’s water cavity underneath with some wicking fabric, so the water soaks up to the tubers, growing the potatoes.

Belvedere College has an aquaponics system, which is a combination of aquaculture and hydroponics – the growing of plants without soil.

Tilapia fish in a tank at the college produce effluent waste which is pumped up into a bed of soil-less pebbles. This then fertilises the plants which in turn filter the water that returns to the fish. 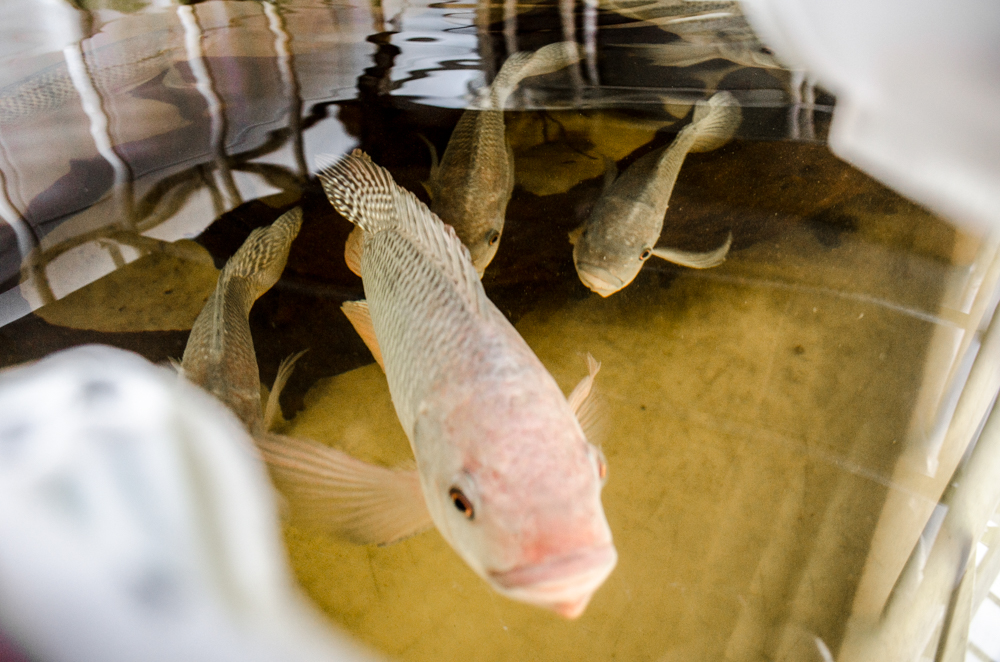 While the system is being broken down to be re-built at the moment, there are some strawberries being grown.

“Normally what we’d have in here would be short-term crops; salad crops, lettuces and so on. For the lads it’s a very quick turnaround on them.

Basically anything will grow in this, anything that’s grown above the ground will grow well in this.

“The bacteria in the tanks and the plants breakdown the waste and then the water going back into the fish is clean so there are zero inputs then to the system.

“So we don’t add anything in terms of caring for the fish, no kind of chemicals for the plants – it’s a completely closed loop system then.” 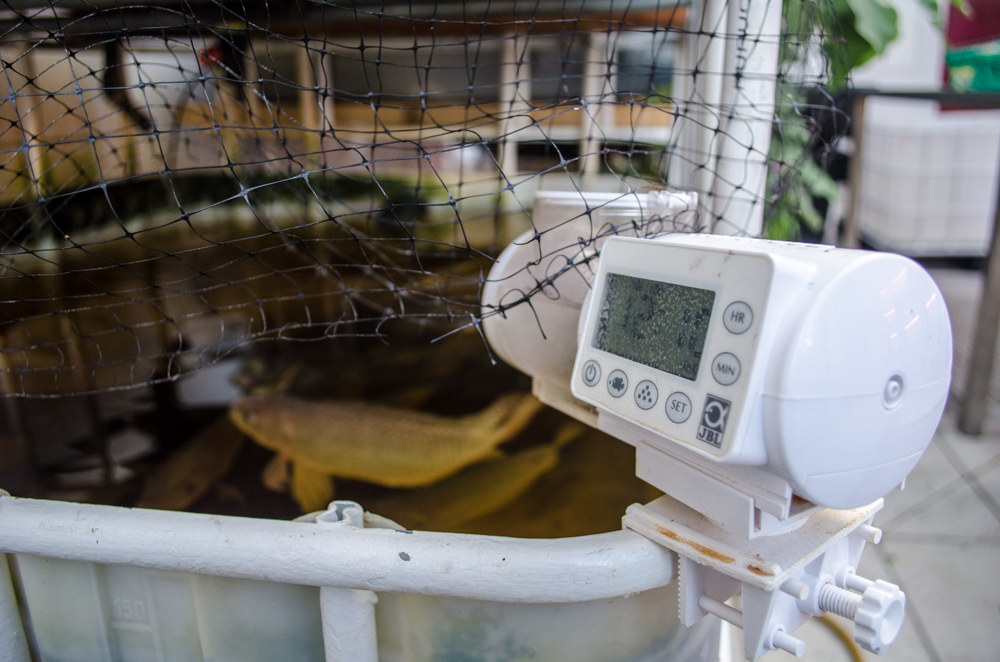 O’Donnell said that what the college would hope to do in the next three to four months, when everything is rebuilt, is to have up to maybe 150 full-sized Tilapia within the system.

This will provide the nutrients needed, in the form of effluent, for the plants so that the school doesn’t have to import anything.

As well as the strawberries, aubergines, tomatoes and peppers, have been grown at the urban farm with the aquaponics system.

“In terms of volume, we’re not really at a level yet from the aquaponics system where we can have any significant output. It’s really at this stage a demonstration model.

“The majority of the small output from this goes to the staff in the school.”

Using another space on the rooftop is the Belvedere College’s beehives.

When the idea of keeping bees first came around, there wasn’t a beekeeping expert in the school, so the school enlisted the help of the Dublin Honey Project and the school is partnered with them for the project. 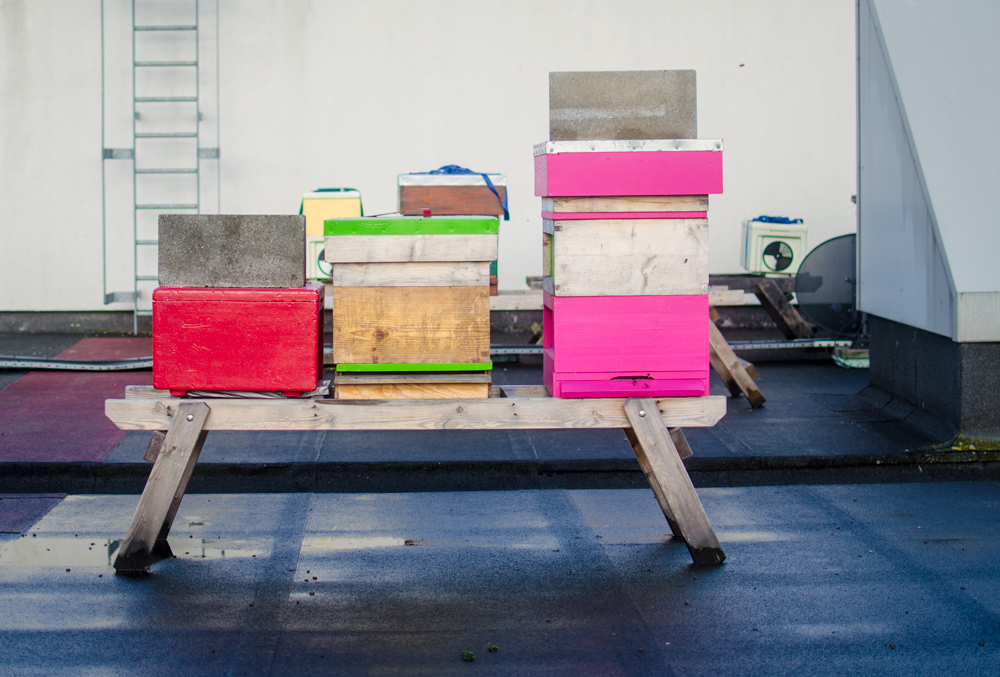 “Kieran Hartnett, from the project, brought in a couple of his hives a few years ago, since then we got a couple of hives and I’ve been learning how to look after the bees.

“They seem to thrive really well in this setting, particularly last summer when a lot of bees really struggled, they were thriving – possibly from that little bit of extra warmth in the city, that extra 2 degrees that might make all the difference in terms of them flying.

“They’ve got great variety in terms of food for them to forage on in the various parks and trees and so on. They’re doing really well.” 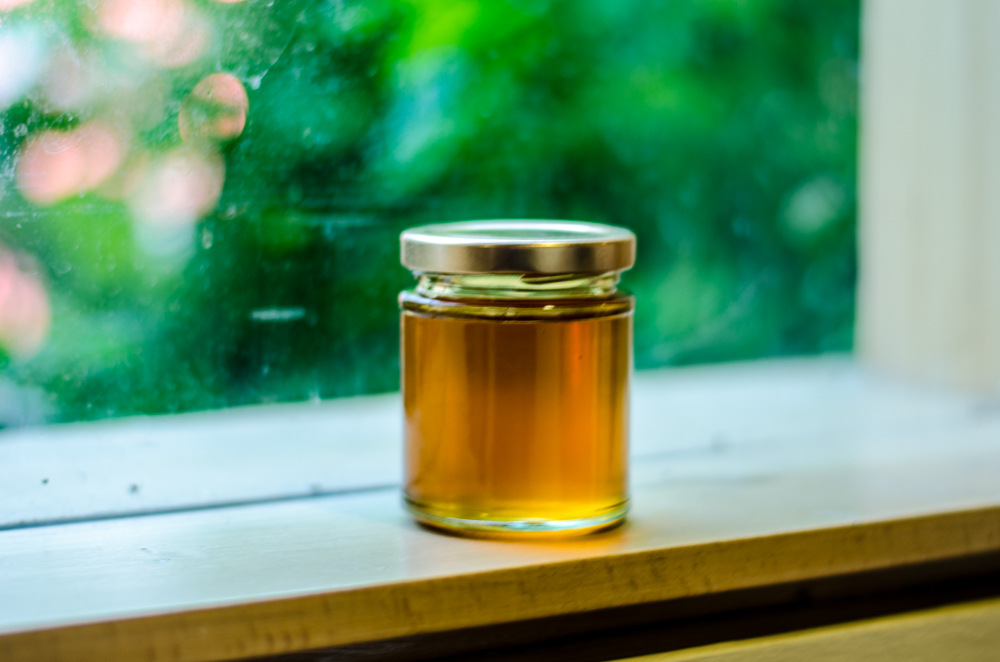 There’s been two harvests already and the hives are going into their third year of being in the school.

We started with four hives and what seems to happen with bees, all going well, is that there’s a natural expansion over time so we’re up to nine colonies at the moment.

At the peak of things during the summer, you’re probably looking at the guts of half a million bees up here.

“Obviously on a warm summers day there would be a constant flow of bees coming in and out here.”

While the Dublin Honey Project has some of the hives as a commercial product, O’Donnell said that the school’s honey is a great way to say thank you to people.

“We sold a portion of the harvest last year, but this year we’re kind of just saving it and using it to say thank you to people who have done favours for us.

“It’s a nice thing to have. Dublin One honey is a fairly rare commodity and people really like it.”

He said that should the expansion to the roof get a green light, the school would love take at least one hive and put it onto a roof where students can get a hand-on experience. 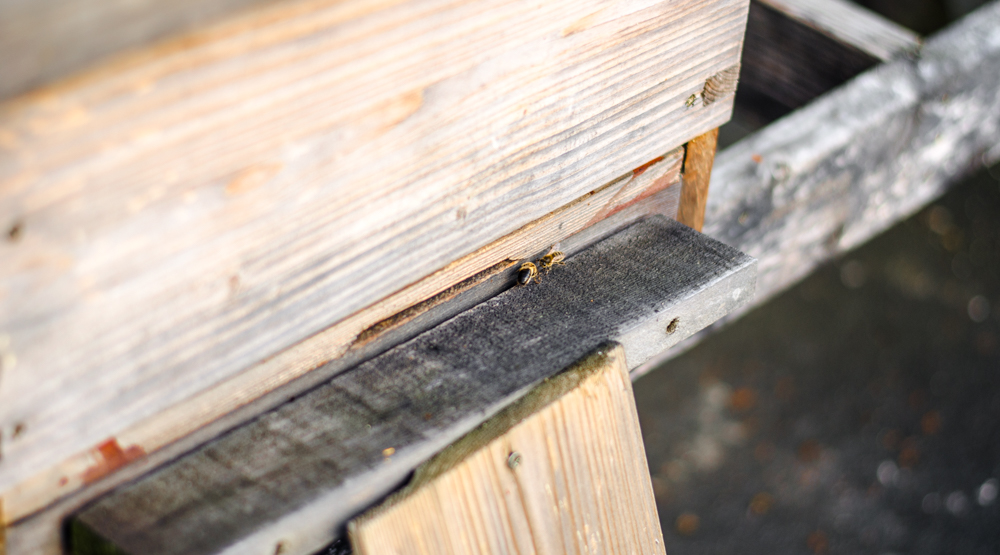 “The lads are fascinated by bees, it’s one area where they’re intrigued by how the colonies work.

“So to have a hive there where they could actually open it up and look in and get a hands-on experience would be the next goal for the beekeeping.”

Belvedere College runs a transition year Urban Farming module which is structured into the school day on Tuesdays.

The farm is also run as a co-curricular activity so anyone that’s interested can come and get hands-on and learn about things.

“It kind of appeals to different interests. You have the guys who like growing stuff and get hands-on, but you’ve also got the guys that are into IT, so we’ve got systems down there with sensor technology for the fish.”

What we’re hoping in the next while, is that maybe some of the business guys can look at how we use the produce.

“The issue isn’t capacity, it’s actually using the crops and given that the life of the crop is quite short that we make sure that it gets used. 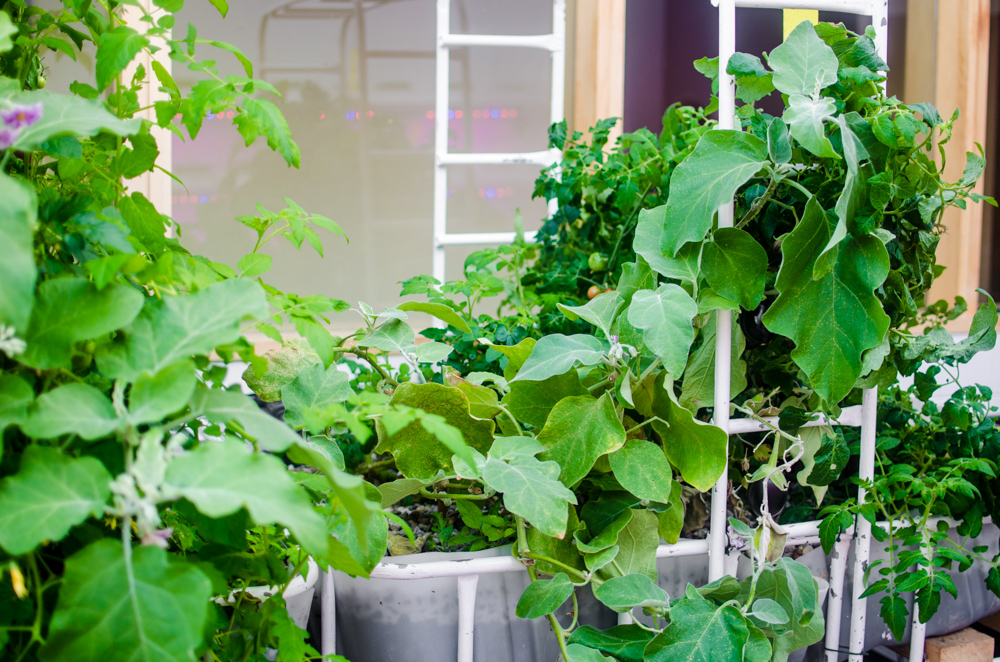 From the schools point of view, the urban farm is also part of a response to the environmental challenges that Ireland faces, particularly with the renewable energy aspect of things, he said.

“While we hope that this works out [the prize and expansion], it’s at least giving lads a hands-on experience of a challenge that will be facing them more than were facing our generation – how we produce food sustainably.

“The reality is that the lads here would have no connection to farming at all, no idea how to grow a plant. The fact that we can bring it on site is great, they do enjoy it when they get stuck in.” 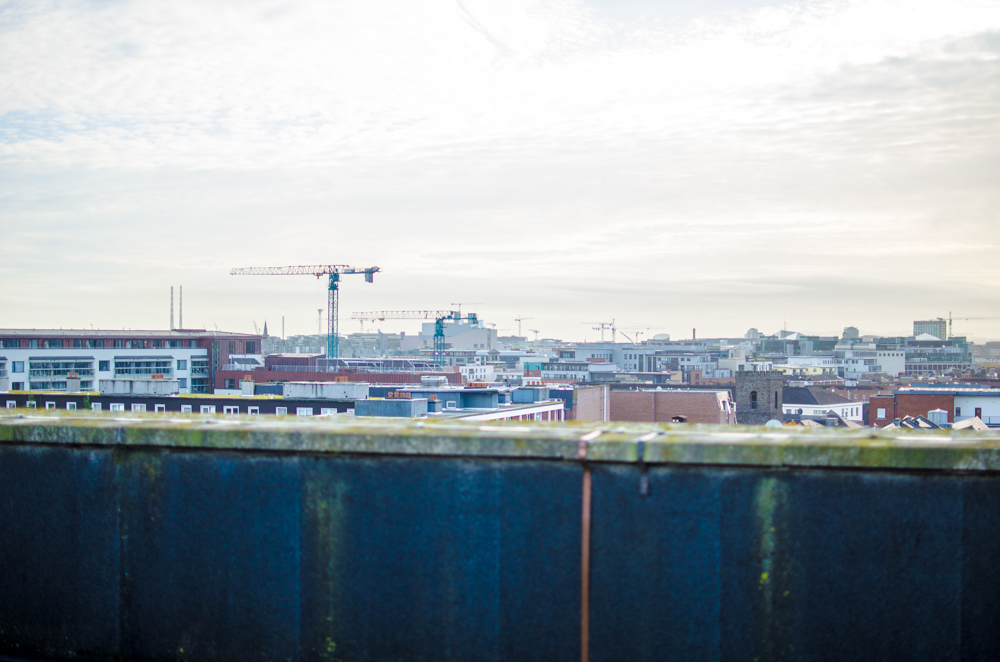 Belvedere College is in the running for the Zayed Future Energy Prize –  an annual award which celebrates achievements that reflect impact, innovation, long-term vision and leadership in renewable energy and sustainability.

This is the second year that the school has been a finalist in the Global High School category.

One school will win in each of the five regions: the Americas, Europe, Africa, Oceania, and Asia. Each regional winner will receive up to $100,000.

“If we win the prize, it would take the whole thing to a different scale. The prize is basically pitched to put in some solar panels and run everything off grid so then we can look at bringing in heaters and so on and do that sustainably.

“We are trying to minimise our energy use at the moment, but if we have that on tap [the solar energy] then we can look at bringing in heaters to keep this at a consistent state throughout the year.

“Between the lights and the heat we can really grow everything at the same pace year round.” 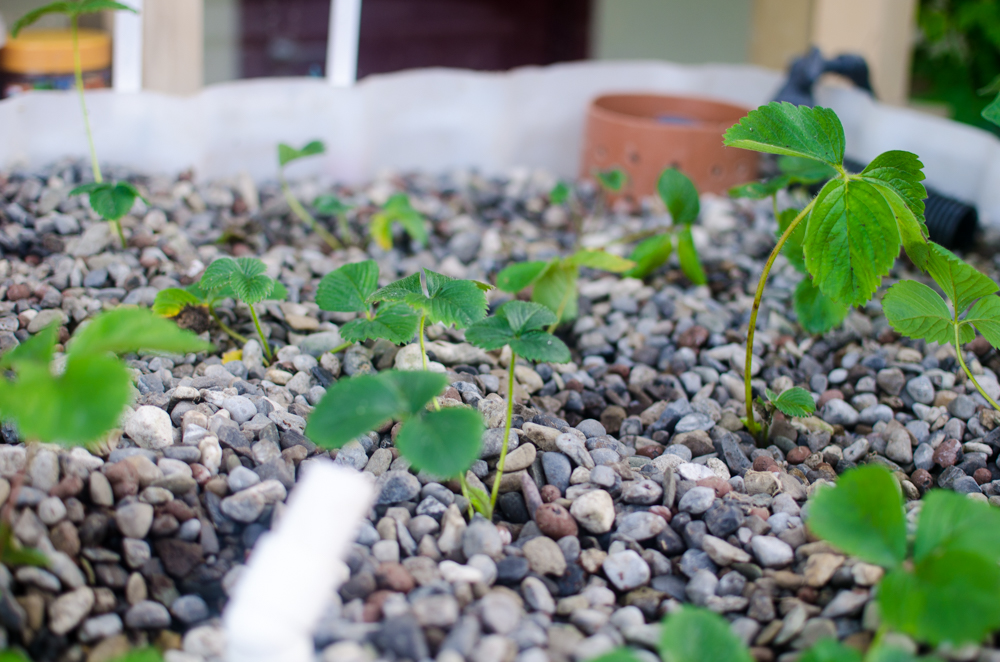 The school put together a submission, which provides the background to the project that you’re doing and you say what you aim to achieve with it.

“They’re looking for quite quantitative outcomes from it and there was a lot of preparation involved in putting that together.

“There has to be a real philosophy behind it as well. I suppose the philosophy of this is harvesting energy and water in a non-conventional setting, to grow food in.”

So with us being right in the city centre here, it’s not somewhere that would be traditionally considered as a food producing space.

“What we would do with the funding, would be install a solar ray, that would power all our energy needs. We’d harvest water from the rooftops then as well.”

Expansion is also part of the plan should the school win the coveted prize. O’Donnell said that while expanding the farm onto another rooftop on the school is an aim, it is quite expensive so the funding would aid that greatly. 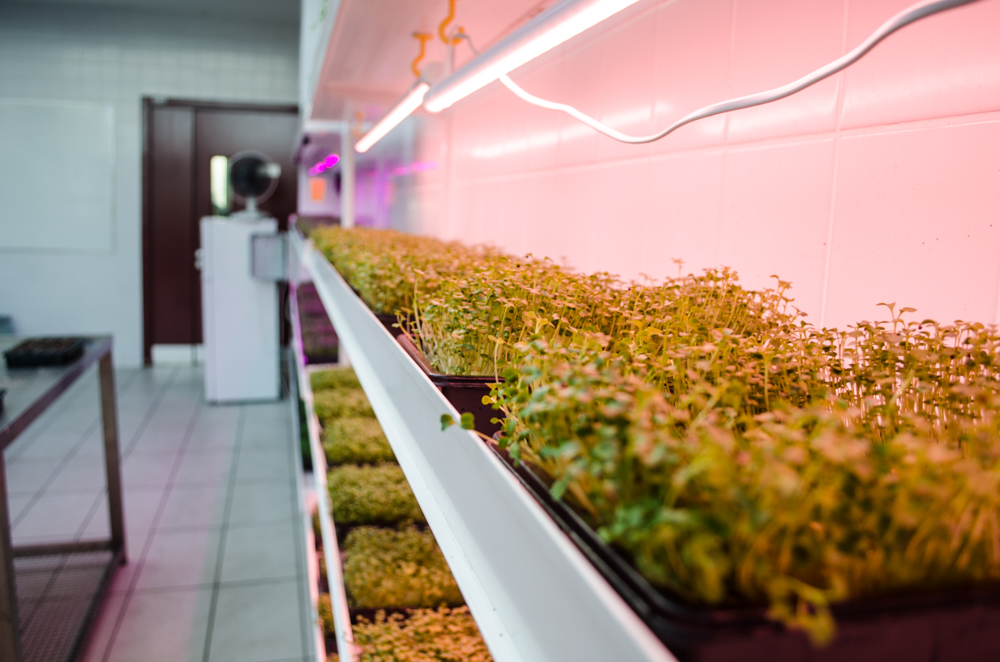 The school would grow phytoplankton in the expanded space, in order to grow zooplankton which would in turn feed the fish.

“So we would be feeding the fish, which feed the plants and harvesting the energy and the water. The whole thing would then be completely off-grid, isolated and self-sufficient.

“We’d probably have to supplement the fish feed in some way, we might not be able to produce enough feed to maintain a large body of fish. But the principal is there you can keep everything standalone and independent.”