Over €121 million has been paid out to farmers under the GLAS scheme to date, the Department of Agriculture, Food and the Marine has confirmed.

Payments under GLAS 1 and GLAS 2 have been issued to 241 farmers this week alone; payments in the past week have totalled €852,387, the department added.

The department is currently working through the remaining applications and payments are expected to be issued on a weekly basis.

The department has previously outlined that all GLAS applications must pass regulatory controls and validations, as is the case with all EU co-funded schemes, in order to receive clearance for payment.

These schemes are subject to cross-checks with other databases in the department, including the Land Parcel Identification System (LPIS).

According to the department, examples of issues leading to delayed payments in the scheme can include the declaration of an incompatible parcel usage for the GLAS action chosen.

Other possible issues include:

A spokesperson for the department has previously confirmed that the remaining 15% of the 2016 payment will commence, once all required GLAS inspections have been completed.

These remaining payments are currently scheduled to be processed in mid-June, the spokesperson added. 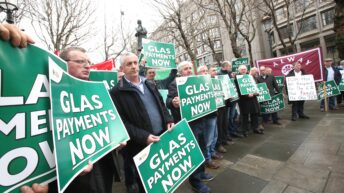 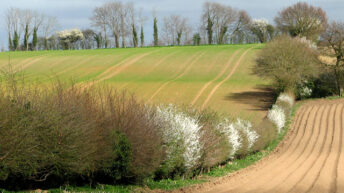