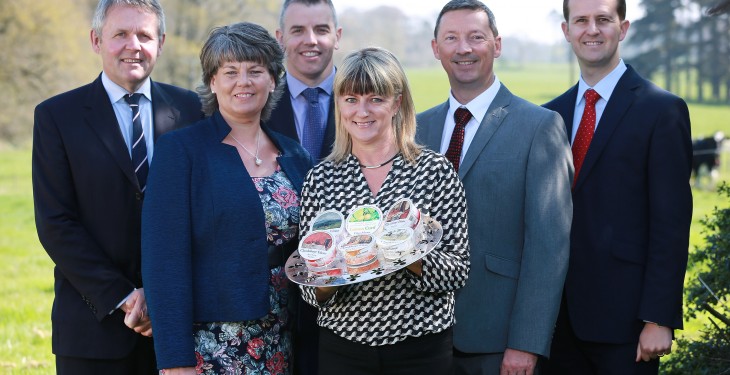 Some 21 farms in Northern Ireland are to open their gates to the public as part of the Bank of Ireland Open Farm Weekend.

Now in its fourth year, event organisers are looking forward to another ‘bumper crop’ of farm visitors for the completely free, not-for-profit project which was created by the Ulster Farmers’ Union (UFU).

Farms will have a variety of activities from guided tours, quizzes and games for children, to milking and sheep shearing demonstrations and delicious local food to sample, organisers say.

The focus of the Open Farm Weekend is to educate the public on the realities of food production, as well as making it a fun weekend for families.

Barclay Bell, Deputy President of the Ulster Farmers’ Union (UFU) said that a recent survey from the British Nutrition Foundation has revealed that a quarter of five to eight year olds in the UK believe that bread comes from animals and 17% think that fish fingers come from chicken.

It has never been more important to educate the next generation on the realities of food production.

“The event is a great day out but carries a serious message about food and farming and encourages respect for our local food producers,” he said.

William Thompson, Agri-Manager with event sponsor, Bank of Ireland UK, has called on the public to support this year’s event.

“Last year almost 20,000 people supported this initiative and their feedback was amazing. Farming and food production is often misrepresented and misunderstood.

It is rare that our farming community can make time to open their businesses and homes to the public, so this really is a very special opportunity to experience life on the other side of the fence and to have great fun in the process,” he said.

This year the UFU initiative will be working alongside the Armagh Show which takes place on the same weekend in June in Gosford Forest Park, near Markethill.

The Armagh Show will have a host of attractions for visitors from farming and non-farming backgrounds and will be working with the local farmers participating in Bank of Ireland Open Farm Weekend to promote both events, organisers say.

The full list of participating farms in Bank of Ireland Open Farm Weekend 2015 is: