An ongoing governance review process is currently in progress at dairy export giant Ornua, the cooperative has confirmed.

In a statement to AgriLand, a spokesperson for the cooperative stated:

“Ornua confirms there is an ongoing governance review process in progress.

All board directors are fully engaged in the process and have the interests of all key stakeholders at front of mind.

“The process will take some time to complete,” the spokesperson concluded.

This follows the news last month that Denis Cregan was appointed as chairman of Ornua following the resignation of Aaron Forde.

Having led the board for six years, Forde recommended the appointment of an independent director to oversee the board while it is reviewing its governance structures.

Cregan joined the board in 2015 as an independent non-executive director.

Cregan also worked for a period with the Department of Finance and Grand Metropolitan.

Meanwhile, Pat Sheehan was re-elected vice chairman of the Ornua board. 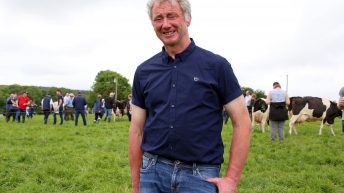