Opinion: ‘Better to have no farm organisation than to have an irresponsible one’ 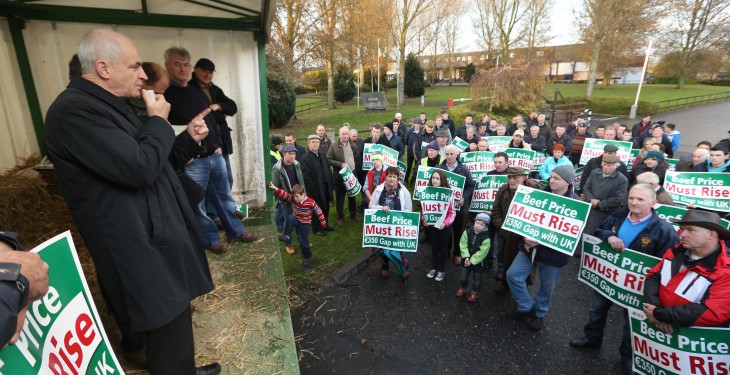 The ongoing fiasco in the IFA is the only subject of discussion amongst farmers these days. I too am shocked at the staggering figures that are being revealed.

On reflection, however, I should not be surprised, as greatly inflated notions of self-worth have become endemic in Irish society.  Hindsight now points out to us that we were naive to presume that the IFA had escaped this cancer.

In recent days, IFA spokespersons have been arguing that the General Secretary of their voluntary association should be considered an equal in pay terms of a Government Departmental secretary.

Furthermore, they consider that an IFA President’s remuneration ought to match that of a Government Junior Minister.

According to their website, the IFA is about “protecting and defending the interests of Irish farmers and their families”.  Prior to recent revelations, IFA top brass were quick to point out that the average income in 2014 of the farm families they have been elected and entrusted to represent was €26,642.

For those of us with an eye on history, the IFA’s now evident toxic culture of “because I’m worth it” is a shameful deviation from the atmosphere under which the organisation (then christened NFA) was founded 60 years ago.

The “Fearless Founding Fathers” as the IFA themselves have referred to them, must be spinning in their graves at the moment.

These men – for as now in the IFA, they were all men – understood what public service meant.

They had high ideals but underpinned these with a value system that put the common good ahead of any self-interest.

For them, the welfare of the much maligned and rarely understood “small farmer” took priority over thoughts of personal compensation or being “benchmarked to industry norms” as an IFA source suggested the incoming General Secretary’s financial package ought to be.

Indeed the first President, Juan Greene, apparently performed his duties on a completely voluntary basis, such was his devotion to the welfare of the members he was chosen to represent.

My own grandfather, General MJ Costello, then General Manager of The Irish Sugar Company, attended the inaugural meeting of the NFA as guest of honour.

In the years that followed, he and others volunteered countless winter nights to the cause, helping to launch branches of NFA throughout Ireland.

At the inaugural meeting of the Knocktopher branch, Co. Kilkenny, he warned the grassroots, to be ever watchful of NFA (IFA) spokespersons  “who will be more influenced by their inevitably close contacts with other interests, than by the views of the farmers whom they will seldom meet”.

That 1955 spirit of self-reliance, of putting the needs of the farm first, and of self-second, still burns as brightly as ever on thousands of our family farms.

Recent revelations emphasise the emergence of a massive chasm between grassroots farmers on the one hand and those in Bluebell on the other. The modern IFA harbours a growing corporate identity.

However, a whiff of toxicity now pervades the culture of the Association.

Despite two high-profile departures, branch members are suggesting that a significant clear-out of the IFA staff and executive may now be required in order to rebuild trust.

IFA tentacles extend to several other organisations in the agricultural sector and beyond. Calls for a thorough and independent investigation of the flow and use of funds through all of these associated organisations will be difficult to ignore.

“Most serious of all today is the fashion of misleading the public by suppression of awkward facts. It is but a short step from concealment to falsehood.”

Those charged with introducing complete transparency to the complex workings of the IFA would do well to remember his words.