Nuffield: Taking the bull by the horns 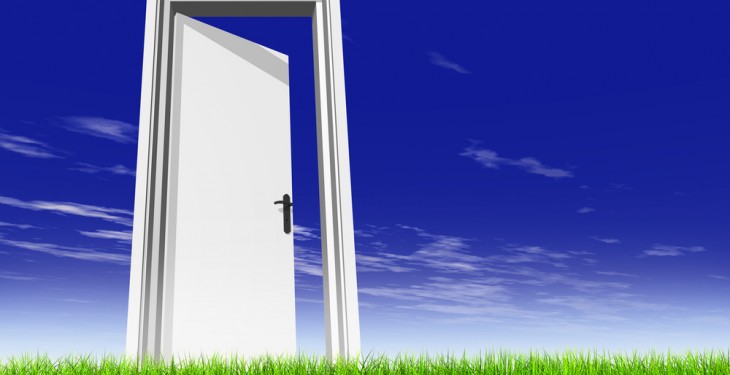 Nobody knows this better that Nuffield Ireland, an independent organisation that promotes excellence by developing and supporting people with leadership potential. All this to positively influence Irish agriculture.

Nuffield has championed more than 50 Irish scholars, agriculture ambassadors of Ireland, who have travelled the world learning and networking.

AgriLand caught up with previous scholars to get an insight into the Nuffield mind.

Ireland’s first Nuffield scholar was Padraig Walsh, current chairman of FBD, Farmer Business Developments, He is also a past President of COPA, the European Farmers’ Organisation and of the Irish Farmers’ Association. And is also a dairy farmer.

“It gave me an opportunity to travel and see best practice and adapt. I focused on the dairy industry and Ireland’s place in the world at that stage,” said Walsh.

He continued: “It broadens your mind from an Irish mindset. It creates links around the world, direct links with groups in New Zealand, Canada, France, the Netherlands and the UK, all over, and you are advertising Ireland around the world.”

According to Walsh, the key aspect of a Nuffield scholarship is the broadening of the mind. “It broadens your horizons. Here in Ireland, you think the world cycles around your patch but with Nuffield you see the broader scale and there is a whole world out there, in particular with agriculture and exports.”

Another scholar from 1999 is Grainne Dwyer, events and communications manager with Animal Health Ireland. She described Nuffield Ireland as a journey of self-discover. “The ethos of Nuffield is personal development. For me it was journey of self discovery, nothing as challenges 7,000 miles away from home.

“Given the fact that my topic was of the role of women in agriculture, it gave a greater understanding of the role women play and to compare the Irish situation with women in Australia, New Zealand, Norway and France. What I saw, it was women had more recognition in their role in agriculture in those countries and had the self-belief that they were farmers. Where I found here, women are ‘perceived’ as just ‘doing the books’. Women have to start calling themselves farmers and they must look for the recognition.”

According to Dwyer, there is nothing pretentious about being a Nuffield scholar. “It allows you access to people you normally do not have access to because of its international network.”

Tim O’Leary, who is running for deputy president of the IFA this year, became a Nuffield scholar in 1997. “It was game-changer for me. I got to travel the world, the US, Australia, New Zealand. My focus was on dairy farming and liquid milk production. It is great to get out of your comfort zone. Nuffield is a great challenge where you are required to report on your research area.

“Your eyes are open. There is no background, no buts. A Nuffield scholarship is very worthwhile for clear-thinking individuals who are passionate about agriculture. It is an international network. To have Irish people in that frame of mind very positive for contacts, markets. It’s a growing influence for brand Ireland.”

Another scholar is Catherine Lascurettes, executive secretary of the national dairy and liquid milk committees of the IFA. 13 years ago she under took a scholarship on dairy farming.

“A Nuffield scholarship is of real value in terms of personal development. You are given an opportunity to travel the world, to research a topic, to identify a topic of value, get funding to research it and make recommendations when complete.”

In terms of the Irish agri-sector, she said Irish scholars are ambassadors for Ireland Inc. “For example to look at New Zealand and how they manage cow grass feed and bring that expertise back to Ireland is of huge importance.

“It gives us a good insight into how other farmer unions and organisations across the world deal with challenges.”

Indeed, Lascurettes is a leading player in the dairy post quota charge and she firmly believes Nuffield enhanced her leadership qualities.  “In terms of my career, it has given me more confidence in my abilities to do things. The strong international and Irish networks are invaluable. It also gives you a strong level of self-reliance.”

Mike Brady of the Brady Group and President of the Agricultural Consultants Association was awarded a Nuffield 2004 scholarship.

“Some people do things to get it on to their CV. I was 10 years in after setting up my own company, working like a blue-arsed fly all the time so a Nuffield scholarship was a perfect excuse to get away from my business, to get away and look at how diary farmers get advice in other countries. That was my main driver. I did not have this vision that it was is going to change me professional and personally, but boy it has. It provided a global perspective of agriculture rather than narrow national view. It was an invaluable life experience.

“Nuffield is non-political. It’s a free-thinking organisation. Not lobbying for change, which is brilliant, and people tend to speak their minds.”

Another Nuffield tale is of Claire O’Keeffe, who set up her own business, SuccessionIreland.com, on foot of her scholarship. “I was awarded a scholarship in 2006. I was a mature student, which can me an advantage in terms of my subject area international generational transfer of family farms.”

O’Keeffe freely admits she went out of her comfort zone. “I was the first Irish Nuffield scholar to go China. One learns by observing and speaking to ordinary folk. The restrictions in place, gender differences and the importance of men in China in terms of ownership, worker rights was fascinating.”