Not offering grants for grazing infrastructure is unbelievably shortsighted 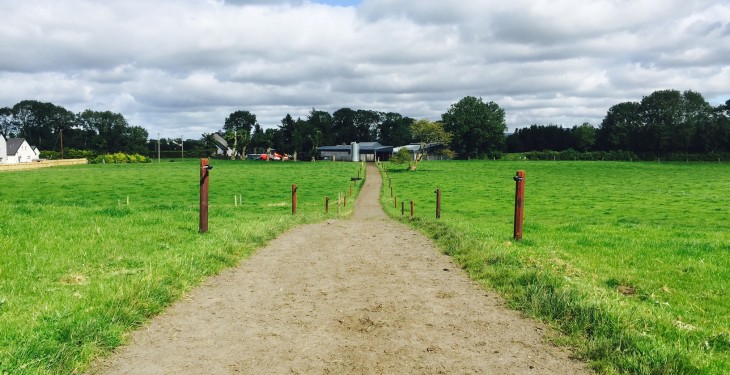 The decision by the Department of Agriculture not to include grazing infrastructure, among the list of eligible investments under the new farm investment grants, is a massive mistake.

Much is made by the Minister for Agriculture of the benefits of our grass-based system, yet on most farms across the country Ireland’s natural advantage is not being optimised.

The need for Irish livestock farmers to improve their grassland management is underlined at almost every major agricultural event.

Farmers are constantly being bombarded with messages of the benefits of using the best grazing techniques in their farm business.

And it’s only right – its benefits are unquestionable.

It’s clear that the simplest and most financially rewarding system of beef milk and lamb production for Irish farmers is one based on making the maximum use of grazed grass.

Meanwhile in beef, on average the cost of producing a kilo of liveweight gain from grazed grass is 80-85% less when compared to an intensive, concentrate-based system.

So, why are more farmers not making the best use of their grass?

Can it be lack of education? Farmers can hardly get out the door with the amount of information from Teagasc on grassland management, so surely access to top-class information is not the reasons.

I would argue the last problem on that list is the easiest to solve. The other two are really up to individual farmers themselves.

We can make it easier for farmers to invest in grazing infrastructure though.

The Government has over €350m to spend over the next five years on farm investment projects through its TAMS II programme and I believe an amendment to include grazing infrastructure would make sense.

In this area, farmers have been offered little financial support in terms of setting up their farms to make the best use of grass over the years.

Now, many will argue that farmers should not need support to carry out work which has such obvious benefits.

But I would argue that grant-aided support for these investments might be the final little push that many, beef and sheep farmers, in particular, need to change their mindset and look at their grass management setup more closely.

As farmers that have already set up their farm to optimise grass production and utilisation will attest the costs involved can be significant.

Investments such as roadways, fencing and water infrastructure can run into significant amounts of money and grant aid of 60% or 40% will take some of the nasty look away from those investments.

Clearly, to-date investment in grazing infrastructure has been concentrated in the dairy sector. Farm roadways and paddock systems are now common place on most dairy farms.

Meanwhile, given the current case of margins in the beef and sheep sectors investment in this area is whether rightly or wrongly is viewed as simply not an option.

Were the Government to support such a move it could have a revolutionary effect on grassland management in these sectors.

For many beef and sheep farmers following the installation of an investment such as a farm roadway or paddock system the benefits of grass measurement and rotational grazing would become self-evident.

Investments in concrete, bricks and mortar may make perfect sense on many farms around the country. But investment in proper grazing infrastructure would, in the long term, be far more financially rewarding.