‘Armageddon is around the corner unless a deal is sorted’ 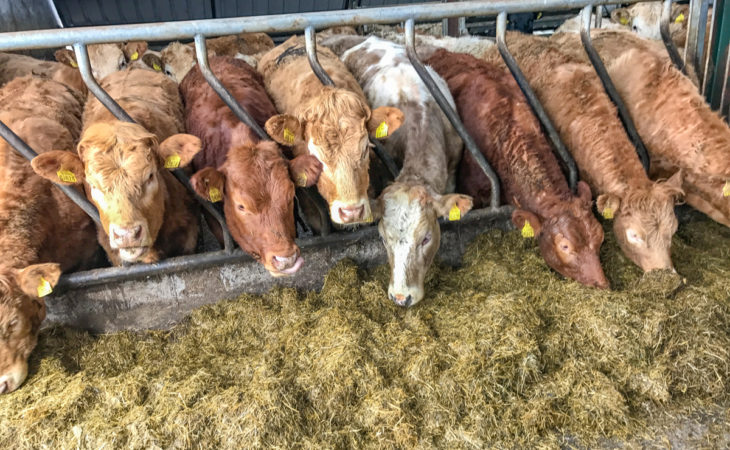 The UK’s newly-published temporary tariff regime suggests that “Armageddon is around the corner”, a farm lobby group has warned.

Speaking after the UK government published details of its temporary tariff regime in the case of a no-deal Brexit, Eddie Punch, the general secretary of the Irish Cattle Sheep Farmers’ Association (ICSA), said the move “simply crystallises” the fact that if the UK crashes out it will be “a massive disaster” for beef exports.

Just hours out from a crucial vote in Westminster on a no-deal Brexit, Punch explained that: “€1.2 billion worth of beef goes to the UK. Throw on a 52% tariff and that puts the product out of reach of the typical UK customer.”

Punch added that “it is imperative” that the Taoiseach, Leo Varadkar, and the Minister for Agriculture, Food and the Marine, Michael Creed, reveal the details of its emergency planning measures with the European Union.

We hope they sort something and don’t crash out on March 29, because Armageddon is around the corner unless something is sorted.

Under the temporary tariff, 87% of total imports to the UK – by value – would be eligible for tariff-free access.

Tariffs would still apply to 13% of goods imported into the UK.

According to the measures this includes a mixture of tariffs and quotas on beef, lamb, pork, poultry and some dairy, to support farmers and producers that have historically been protected through high EU tariffs.

However, goods imported into Northern Ireland will not be subject to such rates.

According to the UK government this regime is temporary, and it would closely monitor the effects of these tariffs on the UK economy.

It would apply for up to 12 months, while a full consultation and review on a permanent approach to tariffs is undertaken.

British businesses would not pay customs duties on the majority of goods when importing into the UK if the country leaves the EU without an agreement.