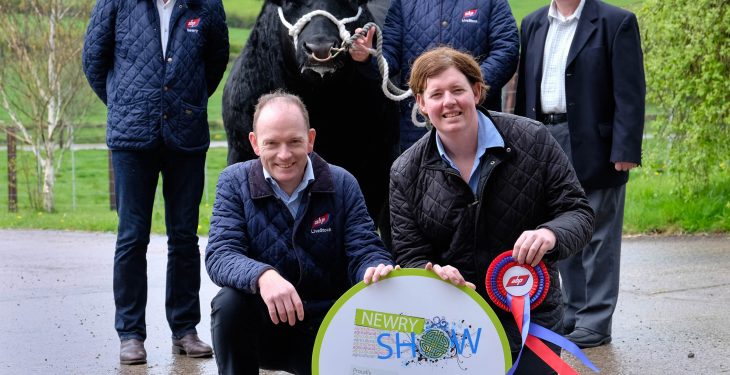 ABP Food Group has been announced as the principal sponsor of Newry Show, taking place on Saturday, June 24. This year the show plays host to the All-Ireland Aberdeen Angus Championships, as part of the Ireland leg of the Aberdeen Angus World Forum

This year’s Newry Show represents the focus of Ireland’s commitment to the World Aberdeen Angus Forum 2017, which will also include a large number of breed-related activities in Scotland and England.

“The event will include the 2017 All-Ireland Aberdeen Angus Championships. It is a tremendous honour for Newry to host what is the most prestigious Aberdeen Angus event to take place on the island of Ireland annually.

Adding to the very special nature of the day will be the fact that 100 forum delegates, from a host of countries around the world, will be with us to enjoy the spectacle and colour associated with what promises to be a wonderful event.

The Angus Forum itself gets underway on June 16 with a programme of events planned for England. Delegates then will have the opportunity of visiting Ireland between June 24 and June 26, before picking up with the celebrations planned for Scotland.

“Newry Show will be a tremendous opportunity to profile the quality and depth of Aberdeen Angus breeding in this part of the world,” confirmed Northern Ireland Aberdeen Angus Committee Member Sidney Cromie.

“Breed numbers are on the up, given the continuing recognition from all the major food retailers regarding the quality inherent in Angus beef. And this trend is set to grow further during the period ahead.”

ABP Food Group has had a major presence in the south Co. Down area since 1983. It is the named sponsor of Newry Show 2017.

“We have a very close association with livestock farmers throughout our catchment area, who supply us with top-quality finished cattle,” confirmed APB Newry’s Plant Manager Roger Sheahan.

“ABP Newry works closely with a number of the UK’s major supermarkets. There is an increasing demand for Angus beef. This is due to its quality, succulence, taste and consistency.

“Given this backdrop, it was a natural progression for ABP Food Group to accept the offer from Newry Show Society to come on board as the event’s sponsor this year.”