New research reveals what the optimum age at first calving is 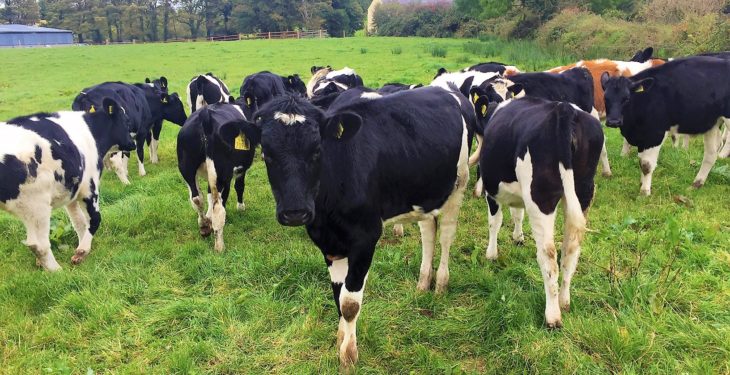 To prove this, the Irish Cattle Breeding Federation’s (ICBF’s) Susan Moriarty recently completed a study on the optimum age at first calving.

The objective of her study was to investigate the relationship between age at first calving on milk production and survival in dairy heifers.

The study began in 2014 so that five lactations could be assessed. All the heifers involved came from spring-calving dairy herds and 90% of the herd had to calve between January and June.

The total number of animals included in the study was 160,334. As there were only 950 animals in the under 22 months category, these were not used in the research.

In the graph (below) you can see that the 27-32 month category surpassed the other two categories in parity one, three and five.

This, Susan said can be related to the fact they are older when first calved, therefore carrying more weight, thus having the ability to produce more milk.

Likewise, she explained that this is because older heifers can develop fatty udders before they eventually calve down and this will impact their milk production for the rest of their lives resulting in suppressed yields.

The 22-26 month category had the highest percentage of animals surviving to each parity.

For example, 30% of animals from the optimum age category survived to parity six, in comparison to 11% of the 27-32 month category.

The graph (above) also shows a significant drop and a lower number of animals surviving in the two older age categories.

Production difference between the three

When survival and milk production are looked at together, there is a different outcome for which age category produces more.

The graph (below) shows that in parity one at 22-26 months, milk production is less than the other two categories.

However, what is most interesting, is that by the end of parity two the 22-26 month group surpassed the other two categories and by parity four and five it significantly surpassed both.

She discovered that the difference in net outcome between the two was €307/cow. If this occurred in a 100 cow herd it would equate to a loss of €30,700 – by not calving heifers between 22-26 months.

To conclude, she said: “Minimising the number of replacements to rear, as well as only identifying the most reproductively efficient heifers, is essential to avoid unnecessary economic losses.

Sustainability is also improved as a lower age at first calving results in cows lasting longer in the herd, therefore reducing the replacement rate. 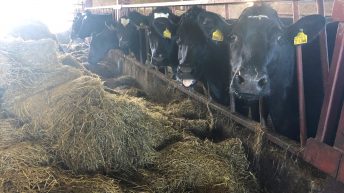