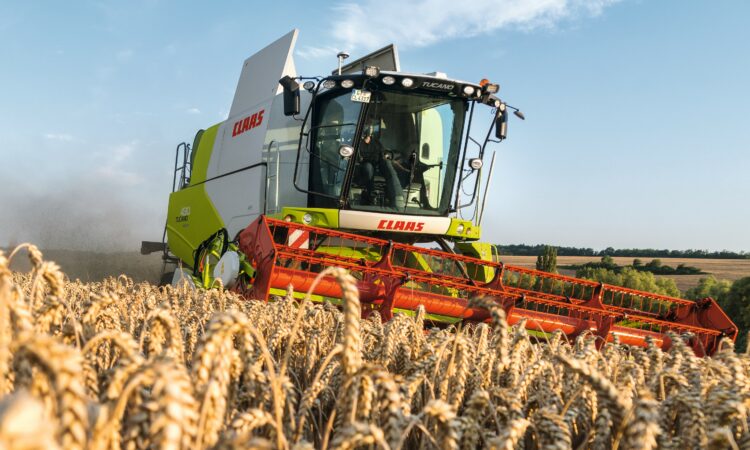 A new Cebis terminal, an extended model range and optional hill-side levelling are among the highlights of the new-generation Tucano from Claas.

For the first time in this range, models with Montana hill-side levelling are available.

In addition, the operator assistance systems Auto Crop Flow (which controls the crop flow to allow the combine to be worked to its maximum potential) and Auto Slope (which adjusts the fan speed to “ensure minimal losses and optimum grain cleanliness”) are now also available in these combines.

There is also a new top-of-the range model in this series – the Tucano 580.

That means that the Tucano series has been extended to a total of eight models, ranging from the new 381hp Tucano 580 down to the 245hp Tucano 320. All models are powered by Mercedes-Benz engines that comply with the Stage V (Tier 5) emissions standard. 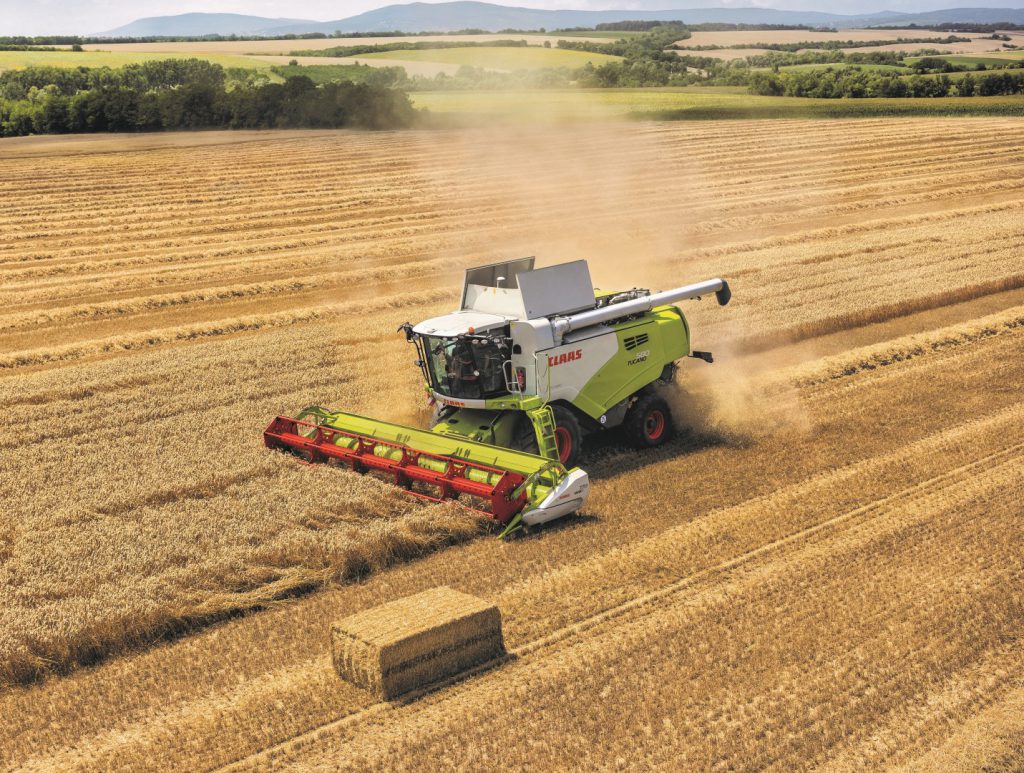 When less power is required, for example, when not chopping (straw) and just leaving a swath, engine power is reduced to save fuel. If more power is needed, for instance when unloading, the full engine output is immediately available again.

For the first time, five Tucano models are now available ex-factory as Montana variants. This system compensates for slide-slope inclines of up to 16% (or up to 18% for the Tucano 560 and 430).

In the field, all the functions run automatically; tilt and cutting angle are displayed in the (in-cab) Cebis console.

The new all-wheel-drive (rear) axle in the Montana models is said to provide up to 70% more tractive power, compared with the standard all-wheel-drive axle. A differential lock for the front axle is available as an option.

In the cab, the new Tucano features the new touch-screen Cebis terminal which, in combination with the re-designed armrest, allows the operator to “control all the key functions of the combine harvester intuitively”.

Cebis can be controlled as before by means of a control panel, but also through direct access to the functions using the touch-screen. A touch of a finger on the threshing unit image, for example, activates the dialog for adjusting drum speed. 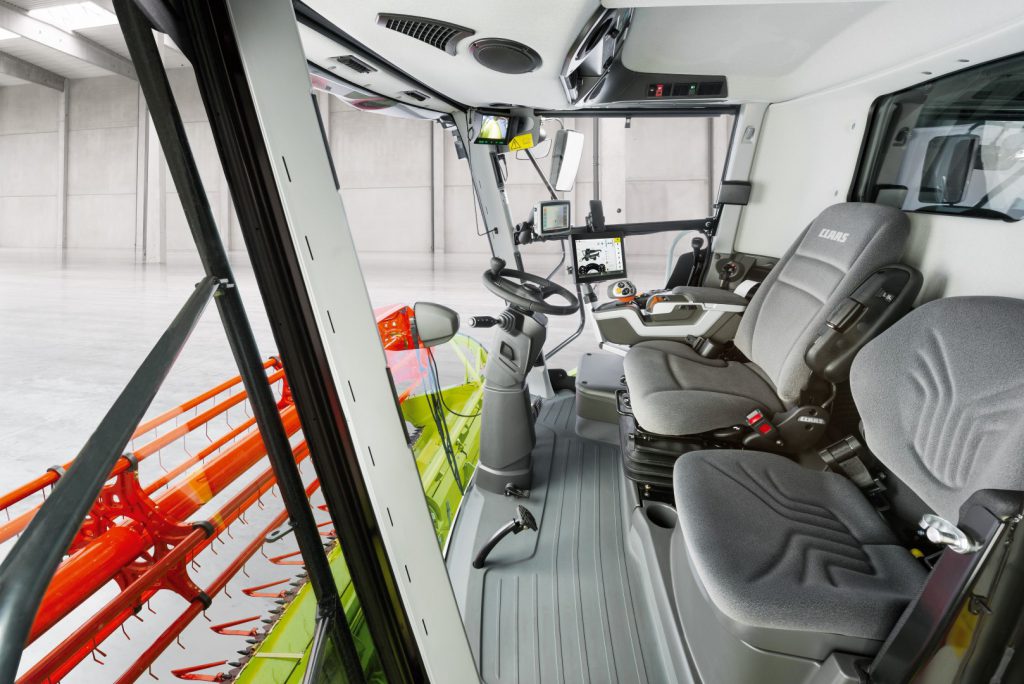 The Auto Crop Flow operator assistance system, previously only available in the Lexion line-up, is now available in Tucano models for the first time.

It uses sensors to continuously monitor the speed of the APS drum, residual grain separation system, straw chopper and engine and will automatically react and alert the operator to a potential blockage or overload.

This, says Claas, allows the operator to “confidently push the combine closer to its limits under varied conditions”. It is also said to be “ideal when the combine is being operated by less experienced operators”.

The new Auto Slope function (in the latest Tucano) has already been seen in the bigger Lexion; it’s designed to deliver the “cleanest possible sample and minimal losses on uneven terrain”.

The system continuously adjusts the fan speed relative to the angle of the combine. When working uphill, fan speed will be automatically reduced (to avoid losses) and then increased again as it goes downhill (to ensure grain is cleaned sufficiently).

Grain tank capacity on the largest models has also been increased to 11,000L (including Montana versions). An automatic flap on the discharge is designed to prevent residual crop out-flow, even if the auger is still full. 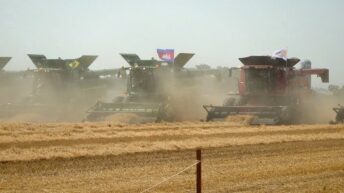