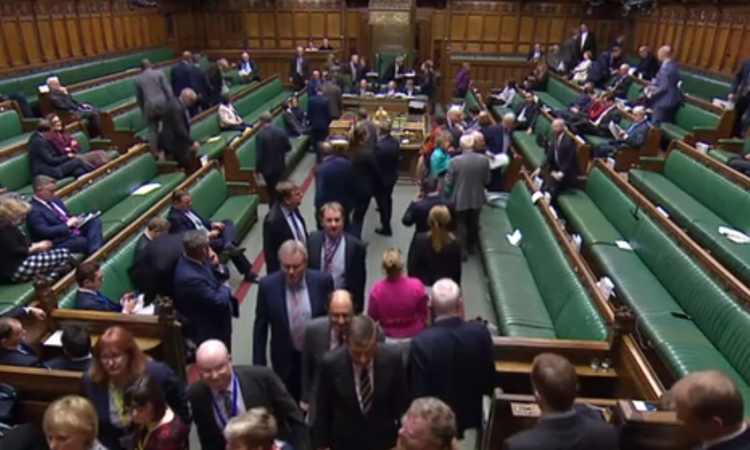 The vote on the revised withdrawal agreement between the UK and the EU, which was scheduled to take place today, Saturday, October 19, will now not take place following the passing of an amendment to the agreement.

The Letwin amendment was passed by 322 votes to 306. The result means that parliament will withhold support for the withdrawal agreement until after the legislation needed to enact the agreement is passed.

With only 12 days until the UK is scheduled to leave, opposition parties in Westminster say that Prime Minister Boris Johnson is now legally compelled to seek an extension, as there is unlikely to be sufficient time to pass both the withdrawal agreement and the necessary legislation to take the UK out of the EU.

However, the Conservative Party has announced on its Twitter page that Johnson will not ask for a delay – seemingly putting him on a crash-course with legislation currently in place.

“Parliament has voted to delay Brexit again. The prime minister will not ask for a delay – he will tell EU leaders there should be no more delays and we should get Brexit done on October 31 with our new deal so the country can move on,” the Conservative Party tweet said.

The vote on the agreement had been scheduled to take place sometime later today after several hours of debating.

Though it will not now go ahead, it was never clear if it would have passed or been defeated.

Though some ‘euroskeptics’ who previously voted against the withdrawal agreement had come onboard for this revised version, the Democratic Unionist Party (DUP), which is in coalition with Johnson’s Conservatives, said that they would have voted against it.

So what’s in the revised withdrawal agreement?