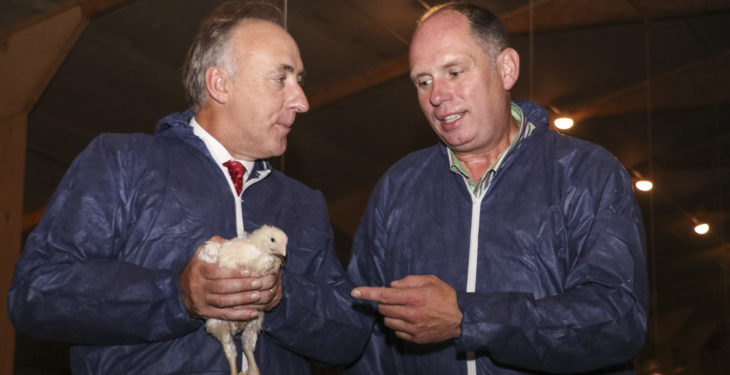 A Co. Monaghan farmer has been announced as the inaugural SuperValu and Centra ‘Poultry Grower of the Year’. Pat McGuirk, from Newbliss, was selected for his “outstanding commitment” to food safety and quality at farm level.

Speaking to AgriLand, McGuirk expressed his delight that his late father, Hugh, a drystock farmer who passed away in recent weeks, knew about the award.

My father and mother, Mary, passed me on the 4.5ac of land I farm, along with 55ac of rented land. We were blessed that he got to hear of the award before he died.

“I got into poultry because I could see there were good margins in it. I was previously with another company which is no longer in business,” he said.

The SuperValu and Centra ‘Poultry Grower of the Year’ Award was established to recognise excellence in food safety standards. It specifically looks at actions taken by farmers to improve bio-security and minimise levels of Campylobacter in poultry meat – the most common cause of bacterial food poisoning in Ireland and throughout the EU.

The award builds on the work of the Food Safety Authority of Ireland (FSAI) and the Department of Agriculture’s Campylobacter Stakeholders’ Group; a collaboration formed to address the challenge of Campylobacter across the Irish poultry meat sector.

McGuirk, a poultry farmer for Manor Farm, was chosen after a series of inspections, and tests of flocks, on his farm throughout 2017, showed consistent improvements in Campylobacter levels and bio-security standards.

Ray Bowe, head of food safety and quality at SuperValu and Centra, congratulated McGuirk on his efforts; particularly his success in tackling Campylobacter, bio-security and terminal hygiene plans. He said all these areas had been validated through award adjudicators, Manor Farm.

“His commitment to improving food safety serves as a benchmark for the rest of the producer community,” Bowe said.

McGuirk expressed his pride at having partnered with Supervalu, Centra  and Manor Farm since 2000 – a time when he expanded significantly to meet growing demand.

Manor Farm is the biggest poultry producer in Ireland; it has such high standards. Getting this award is like winning a gold medal for your country.

“I am very lucky to work with the people at Manor Farm; they have such a passion for what they do; and they want us, as suppliers, to do as well as possible. We achieved our goals by doing things right and we got a lot of help from the company’s consultant, Adrian Gunn. He advised us on upgrades to lighting; drinkers; and CO2-free heating.”

McGuirk is seeing a return on this investment, as he receives a 10c per bird bonus on achieving Campylobacter-free status.

Additional investment will go towards heating systems and the setting up of a third shed to cater for a further 48,000 birds.

McGuirk gets plenty of help from his 14-year-old son, Conor. A recent celebratory dinner hosted by Vincent and Justin Carton, of Manor Farm, at the Shirley Arms Hotel, Carrickmacross, saw him opt for – yes, you’ve guessed it – chicken from the menu.

“It’s my favourite meal,” he said. 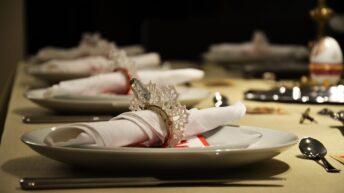