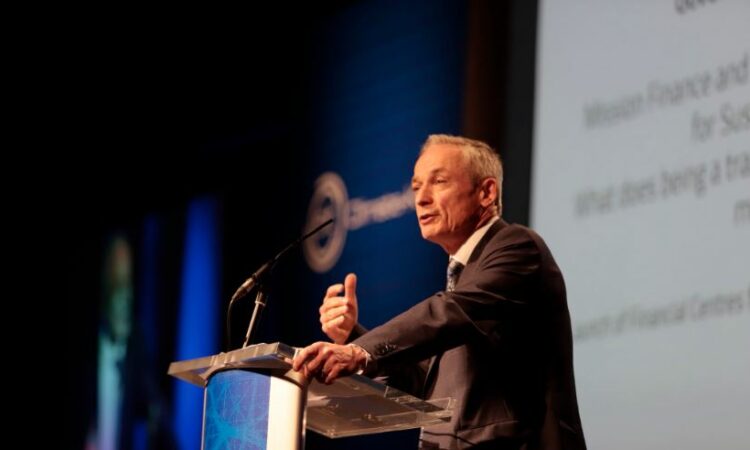 The Minister for Communications, Climate Action and Environment, Richard Bruton, visited Bord Na Mona’s Newbridge offices on Wednesday, July 31. He meet with the chairperson and worker representatives on the board to discuss An Bórd Pleanala’s decision not to renew planning permission to convert West Offaly Power Station at Shannonbridge to biomass.

An Bord Pleanála rejected the application on Tuesday, July 23, saying: “An extension of peat-burning at the power plant was unjustifiable in the current climate change era.”

The grounds for refusal include inadequate information with regard to indirect impact on the European nature conservation and designated River Shannon, and other rivers in the continued peat extraction catchment area.

An Bord Pleanála also cited the inadequacy of the indigenous biomass supply in the state to serve the development, and consequent high dependence on imported biomass, contrary to EU and national policy as a difficulty.

Meanwhile, the minister described the planning authority’s decision as “disappointing”.

While in Co. Kildare, on Wednesday, Minister Bruton also met with the relevant key agencies working on the regional development of the midlands to get their input; he then held meetings with Oireachtas members.

A spokesperson for the department also pointed to the minister’s meeting last week with the CEOs of ESB and Bord na Móna, whom, he added, “are both carefully evaluating the issues which have been raised by this decision”.

The department will liaise with both companies to further consider the impact of this decision and future steps.

The spokesperson continued: “Ireland’s recent acceptance into the EU Coal Regions in Transition Platform will assist with technical expertise and will provide for the exchange of knowledge and ideas as we develop a pathway forward.

“This decision was discussed at cabinet last week; the Government is determined to ensure that the state puts in place a strategy which facilities a fair transition for workers and for the region.”

The minister’s visit comes on the back of a tumultuous month for Bord na Móna and its workers.

The company announced three weeks ago that as a direct result of the shutdown of the Lanesboro Power Station in Co. Longford, it was being forced into laying off a large number of workers including 78 seasonal employees and 72 permanent staff.

Meanwhile, on Monday, July 22, over 300 people participated in a protest that saw Bord na Móna workers, their families and members of the south Longford community walk in unity and solidarity through the main street of Lanesboro where Bord na Móna has been a fixture for over 60 years.

And, as a direct result of An Bord Pleanála’s decision last week, 300 jobs are now in jeopardy in Co. Offaly. 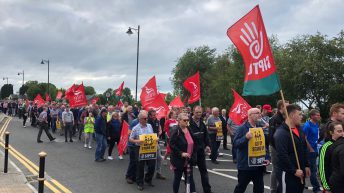