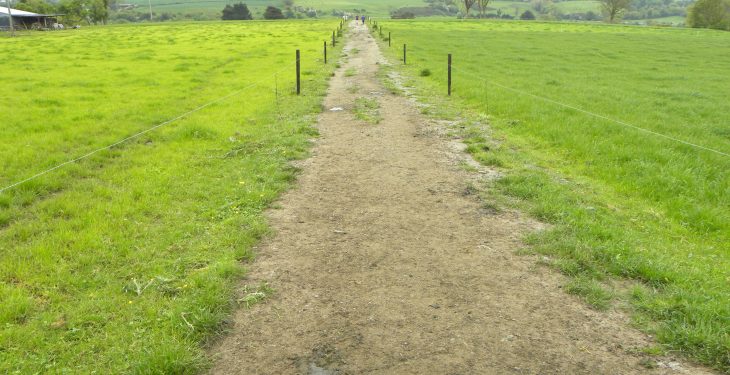 Will Grayling and his wife Kim milk 3,300 cows across a 830ha milking platform near Ashburton in Canterbury, New Zealand.

Their business model incorporates the 50/50 share milking structure applied to the modern day challenges and opportunities of dairying.

Grayling explained that they have set up and expanded a profitable business that is based on win-win situations which are sustainable for the future of the farm.

The couple are currently farming in a partnership with Jim and Sue van der Poel, with whom they operate two businesses – Ashpouri Ltd (a 50/50 share milking company running the farms) and Singletree Dairies (a land owning company).

Grayling will speak at next week’s Positive Farmers Conference, where he will discuss the profitability factors on which their dairy business is based.

Our farming policy is based around two key principles, farm working expense (FWE) and pasture and crop eaten per hectare. These two factors have a direct influence on profit regardless of payout.

“Therefore, we try and make decisions on farm that work towards increasing pasture harvested and/or reducing farm working expenses,” he said.

Along side the van der Poels, the couple operate a profitable dairy business and have had a very good 2015-2016 season.

But they admitted that they are far from their best and will continue to focus on decisions that lead to driving expenses down and the amount of pasture harvested up.

Striking the balance between production and costs

But they believe that a cost structure of around $3.50 is sustainable as it allows for gains during good price years and survival during poorer years.

“We could operate at lower costs with lower production but then our cost of interest per kgMS rises.

“Dropping stocking rate to achieve a lower cost structure would mean our livestock sales income per hectare reduces which is important, especially for the share milker.”

“It is imperative however to be able to operate at the low point in the commodity/payout cycles to ensure survivability and still be around to make the most of the peaks in payout.”

Grayling added that any profits from the business have been reinvested rather than paying any dividends, which has help fast track growth.

“We are paid a wage from the farm which is used to service our personal debt.

Reliance on a dividend to pay our debts is risky and can hold a business back as it not only has to pay the manager but also pay a much bigger dividend out to the other shareholders in the same proportions.

“Being able to reinvest any surpluses back into the businesses has added to the profitability and growth of our farming enterprise.”

How the agreement works

The New Zealand-based dairy farmer will also speak about the type of farming agreement used, something which Will believes is a win-win situation for both parities.

“For us, we own the equivalent of a 1000 cow share milking business.

“We think this is great because it is a significant number of cows to have as a share milking business generating a good return on our limiting factor – equity.

“For the van der Poel’s, they think it is great because they are only sharing 30% of their business to get their 70% share run to the standard of a well operated sharemilker!

“If there was a different management structure, there may be less incentive to drive things such as stock sales or drift towards having higher animal costs to drive production and performance rather than profit,” he said.

About the Positive Farmers Conference

This year’s Positive Farmers Conference will take place on Wednesday, January 11 and Thursday January 12 in the Radisson Blu Hotel, Cork.

The two-day conference will cover a range of topics including changing global dynamics, effective management of farm finances, pasture first – a farm advantage and turbo charging returns to name a few.

A number of speakers will take to the podium over the two days, including Ornua’s CEO Kevin Lane, Will Grayling, Teagasc Researchers and other industry representatives.