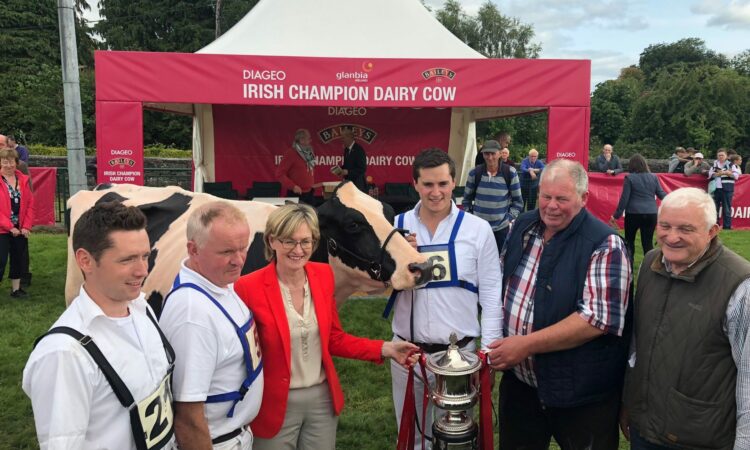 Masses arrived to Virginia, Co. Cavan, for today’s 77th annual Virginia Show; the highlight for many was the crowning of the Diageo Baileys Champion Dairy Cow.

Tasked with selecting the winner was David Hodgson, who farms 350ac just outside Carlisle in partnership with his wife Louise and his parents.

Prior to the competition, Hodgson said he will be looking out for “a cow that emulates the true type model; not necessarily big, but balanced with that extra bit of style”.

After whittling the entries down to his final three, Hodgson tapped forward Drumlin Attwood Megan as his winner of the Diageo Baileys Champion Dairy Cow competition.

Sired by Maple-Downs I-G-W Attwood, she went one better from her reserve title in last year’s competition. She’s owned by Monaghan’s Boyd/Greenan/O’Neill/Timlin/Moore partnership.

Taking the Reserve Championship title this year was Milliedale Dusk Rhapsody for Donal and Kathleen Neville, while Sprucegrove Apples Peggy was awarded the Honourable Mention for Seamus and Aidan Foody.

The top place of overall champion attracted a €2,500 prize this year; followed by €1,000 and €500 for Reserve Champion and Honourable Mention respectively. 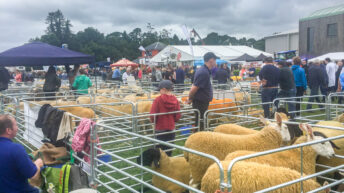