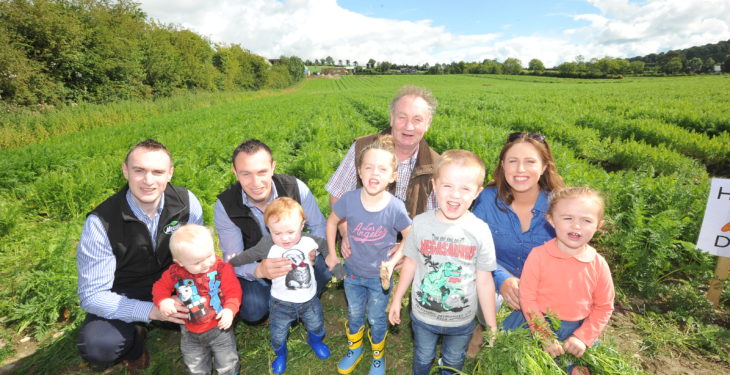 Succession can be a thorny issue in family businesses; but, the clan behind Meade Potato Company – which recently won two agribusiness awards – tackled the issue early on.

It is an approach that has paid off for the Meade family from Lobinstown, Co. Meath.

The Meades – who are growers, packers and distributors – took the fruit and vegetable ‘Agri-business of the Year’ accolade at the ceremony which was held in Dublin recently.

In presenting the award – which the enterprise has won twice previously – the independent judging panel from the academic, semi-state, local government and private sectors commended its family farm ethos and sustainability drive.

The business is now managed by the second generation of Meades, who began assuming the reins in their late 20s.

“The family are all on the same page when it comes to guiding the company forward,” said Robert Devlin, general manager of Meade Potato Company, and a nephew of the founder.

The business, which employs 240 people, was also a new entrant in the prepared foods category. It started a prepared foods division in 2016 – specialising in peeled potatoes for the food service, catering and retail markets.

Winning in this category, Devlin said they were delighted to receive the gong.

“Prepared foods is a relatively new venture that has filled a gap in the food service market; and advanced the sustainability efforts of the company which has a zero food waste policy.

The business was established by Philip Meade snr, in 1982, when he started supplying shops in the north-east with potatoes from his smallholding. As the supermarket sector in this country grew, the enterprise flourished.

“These are important factors for our customers,” said Philip Meade jnr – who started in the business in 2007 and now acts as commercial director for potatoes. 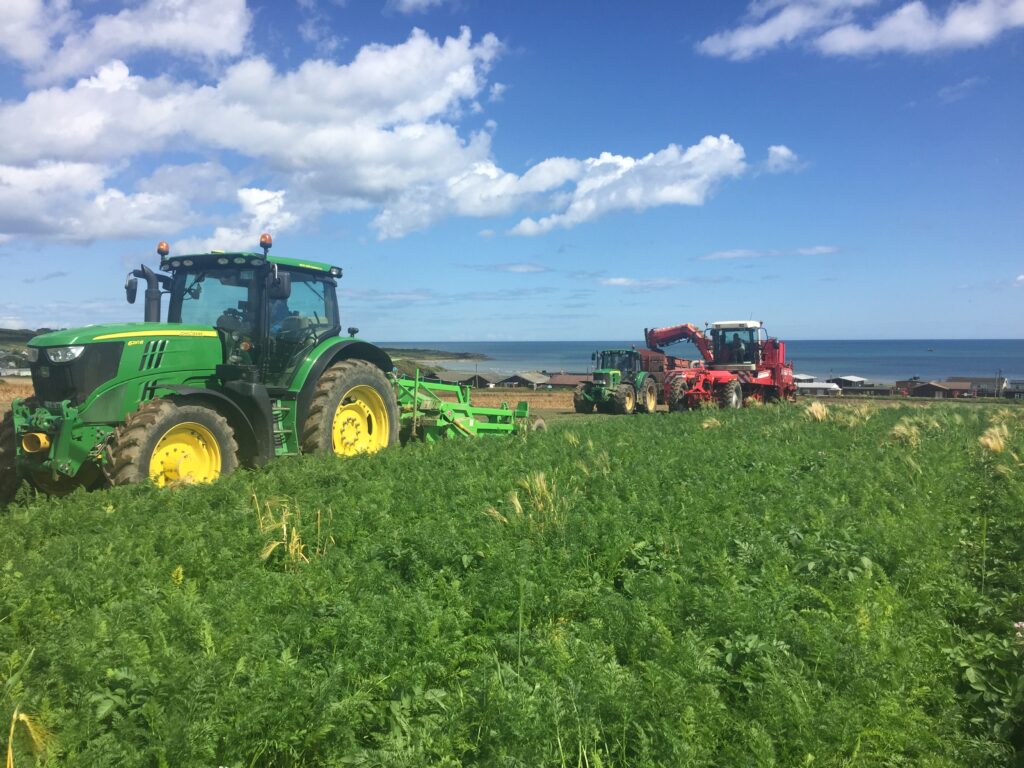 He along with his siblings, Patrick and Eleanor, always helped out in the business, and took over the running of the company in recent years.

The emphasis has been on investing back into the business and the premises has been extended every year, said Eleanor – who joined the company in 2014 after spending the previous decade working as a senior accountant and tax consultant. She now serves as the company’s business operations manager.

As well as continuing to grow its own potatoes and carrots; the company works with a team of growers so it can offer the full range of produce to retailers.

Its potatoes were recently commended at the Irish Quality Food and Drink Awards.

Despite the slew of accolades, the Meades admit that it is not an easy business.

“Daily challenges we face are the weather and harvesting conditions. Our farm is nestled in the heart of the Boyne Valley region and we take advantage of the rich fertile soil that surrounds us,” said Philip Meade jnr.

We overcome adverse weather conditions by having a team of growers located countrywide. This geographical spread ensures we have continuity of supply all year around for our valued customers. It’s all about location, location, location.

“Potato consumption had been taking a bit of a downward trend in the last decade; but, the investment that ourselves, other Irish Potato Federation members, the IFA and Bord Bia have made over the past three years has helped to turn this around.

General market challenges also have to be overcome, said Patrick Meade – who joined the family business in 2002, and who is now commercial director of fruit and vegetables.

We are always seeking to enhance the quality and shelf-life of our fresh produce and to introduce added-value product lines. These measures, coupled with our aim of utilising the entire crop, are effective and sustainable ways of withstanding, and hopefully combating, some of the various market pressures.

Looking to the future, the Meades are upbeat.

Peeling is among the growth areas they have pinpointed for development.

“We are passionate about growing our existing business; but, also developing value-added products in our new complementary prepared foods division,” said Eleanor.

“There is a real appetite out there for Irish potatoes in the food service and catering sectors and we hope to help fill the gap,” she said.

“It’s all about making sure that you continue to serve your customers to the highest standards in terms of quality, service and delivery – all the while being innovative and efficient throughout the entire supply chain process. We’ve managed this thanks to the great team behind us.” 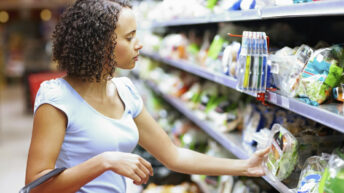