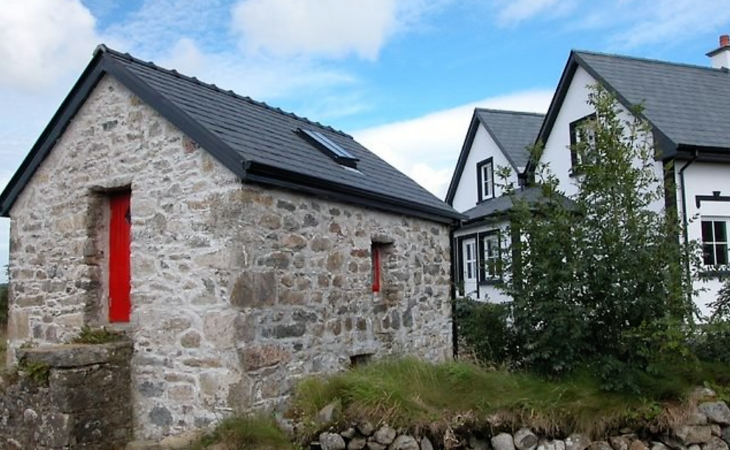 Katie, a teacher, and her dairy farmer husband, Padraig Ryan, called Dermot Bannon in to work on the revamp of their 100-year-old farmhouse in Co. Tipperary.

The differences of opinion that ensued saw many people take to Twitter to accuse Katie of “having notions”. However, the project was brought to a successful conclusion, even if Dermot had to cede ground on quite a few issues.

Architect Mark Stephens, whose practice is based in Swinford, Co. Mayo and is accredited in conservation with the Royal Institute of Architects of Ireland (RIAI), said he is frequently called on to renovate and refurbish traditional farmhouses and rural buildings.

The key thing to remember is that, when a traditional farmhouse was constructed, the materials would have been breathable.

“The walls would have been rubble stone, pointed with lime mortar and rendered in a lime render,” he said.

“Sometimes the farm buildings would have received a lime wash every year – with every coat of lime adding to the next to create an impervious yet breathable layer,” said Mark.

“With the advent of Portland cement, which was seen as a wonder material, the problems of dampness in traditional properties increased wherever Portland-based cement was used either in the mortar or the render.

“The problem with Portland cement is that it can crack so that water can penetrate and work its way into the largest volume – which is generally inside in a room,” he said.

The water then cannot escape back outside so that water penetration causes the ubiquitous efflorescence on the plastered surfaces inside or to cause the bubbling of wallpaper and plaster.

“The solution therefore is simple; the breathability of the walls needs to be reinstated. This can be achieved by removing the existing Portland-based mortar and render and then to reinstate the lime mortar and render.

“The lime to use is naturally hydrated and, for general purpose use, the strength would be 3.5.

“There is a stronger version but this tends to be used for more structural areas such as bridge repairs,” he said.

“The conservation approach would be to simply reinstate the walls to their previous state not to increase the insulation but instead to add insulation into the roof which is more straightforward.

“If you are considering insulating the walls, again breathability is key. The two systems we recommend in this case are Calsitherm or the Isover Optima system,” said Mark.

The general principles of architectural conservation, he said, are that historic elements should be preserved and repaired rather than thrown out.

“For example it’s critical that original heritage sash windows are repaired rather than thrown away; the repair costs generally are less than replacement windows anyway.”

Any new elements can be contemporary in design. “You do not necessarily need to extend a traditional building in a traditional way.

“Councils favour a contemporary approach to modern buildings and a design element can be a light, glazed section separating the new from the old. We have extended very traditional properties in contemporary ways.”

The Government, Mark said, has produced some excellent guides in assisting homeowners to renovate their properties sympathetically in areas such as the use of windows, cast iron and thermal comfort.

The trend towards-open plan living caused a lot of controversy on last week’s ‘Room to Improve’ with Katie resisting this layout so beloved of Dermot.

Mark said: “Older properties can support open-plan living if, for example, redundant chimneys are removed. It is highly recommended that a chartered structural engineer is appointed and inspects any structural work of this type prior to any works commencing.” 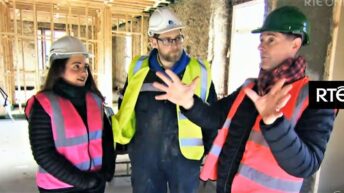 Dairy farming couple in ‘driving seat’ on Room to Improve