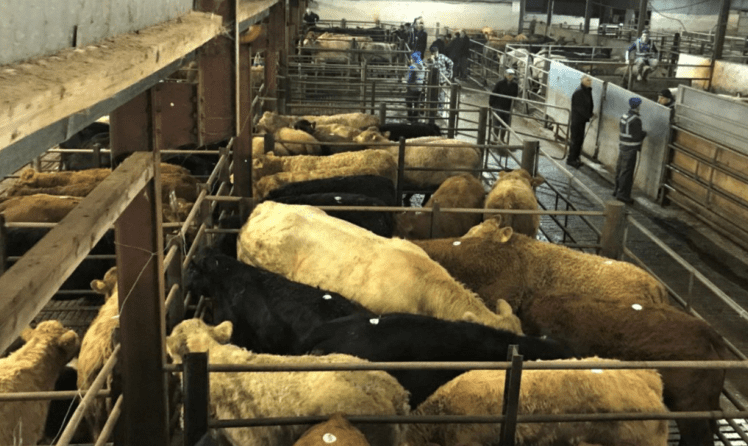 As has been the case over the past number of weeks, the number of cattle being presented for sale has continued to reduce.

The weanling trade is best described as steady – especially for bulls. In addition, the number of heifer weanlings has reduced slightly, resulting in marginally improved prices.

Forward store bullocks and heifers have become popular among finishers. The increased demand and reduced numbers have led to an improvement in prices achieved. Mart managers have indicated that feedlot buyers are particularly interested in traditional breeds.

They have also noted that again, it is the quality cattle that are achieving the best prices – something that we have seen right through 2018.

Looking at the cow trade, the fall in cull cow prices has been reported to have slowed and a sharper trade was reported by some mart managers. This – in turn – has led to better prices.

On Thursday last (December 6), it was reported that a large number of lots were presented for sale at Castlerea Mart.

In particular, there was a big entry of heifers on the day which met with a lively trade and fetched an extra €20-30/head compared to previous weeks.

In the weanling rings, demand continued to be strong and naturally many buyers were focusing on quality when making purchases.

There were 820 lots presented for sale on Saturday (December 8) at Carnew Mart, with firmer trade reported for all classes of cattle.

It was noted that there were more farmer customers at the ringside which helped bolster demand and prices.

Naturally, demand was greatest for good-quality, suckler-bred stock. However, light and plainer-type animals were much harder to get away.

Some 500 lots were presented for sale on Tuesday last (December 4) at Ennis Mart, Co. Clare, with reports suggesting that the number of cattle on offer each week is beginning to tail off.

It was noted that trade was similar to previous weeks, but the quality of the lots is becoming more variable.

Unsurprisingly, the trade for quality weanling bulls was noted to be good, with average-quality lots much harder to get away.

There was a good demand reported for quality in-calf heifers with suckling potential. Quality in-calf suckler stock made from €1,300-1,640/head.

George Candler noted that the trade was steady for all types of stock, but added that the quality of the lots passing through the bullock ring has declined.

In addition, it was noted that in the cow and heifer ring there were more customers for quality continental type lots.

George added that the fall in cull cow prices appears to have halted and in most cases a sharper trade generated by more customers saw these type lots fetch an extra €20-50/head. 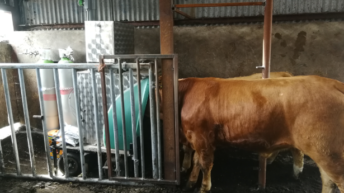 ICBF and Teagasc to tackle methane emissions from cattle