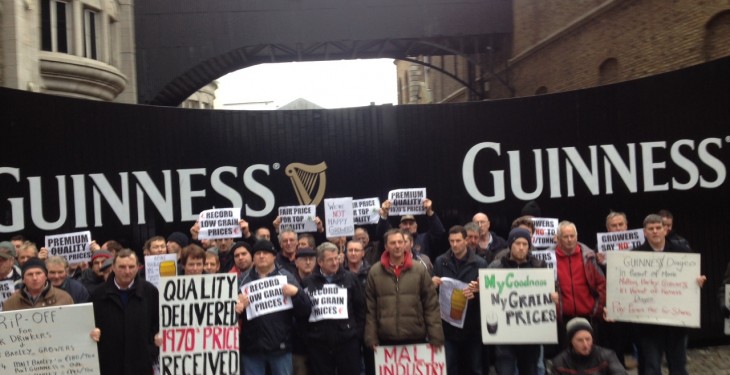 Unhappy malting barley growers are meeting on Monday night in Kildare to decided their next step and future action.

The growers met with IFA executives, including IFA President Eddie Downey and IFA Chief Executive Pat Smith during the week to try overcome issues the growers have.

However, a spokesperson for the group said growers are very angry after the meeting last Monday night. The growers had hoped that IFA would have found a solution to the issues, and found a way of paying an extra payment to growers, they said.

However, he said, many of the growers feel they have no support from the hierarchy in the IFA and the negotiating committee.

They are meeting again on Monday night in Athy at 8pm to decide their next move.

The meetings come after two protests by malting barley growers over poor malting barley prices and what they say is the failure of the IFA’s malting barley committee to conduct meaningful negotiations on behalf of growers.

Boormalt, he said, reduced its malting barley price to €147/t this year, from €169/t last year, the spokesperson said, as well as introducing new protein specifications.