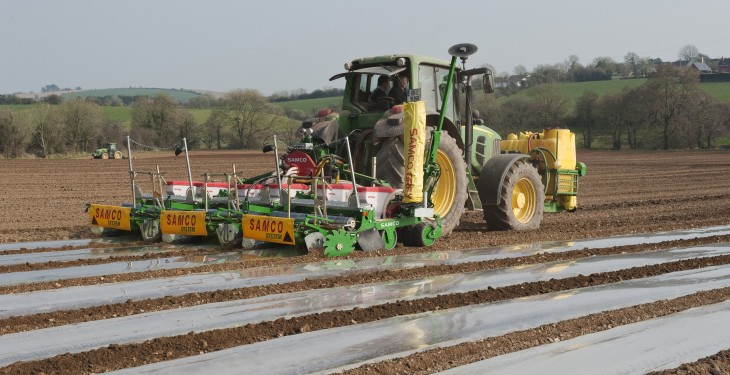 The weather over the next fortnight will determine the yield of both maize and fodder beet achieved in Ireland this year, according to Teagasc tillage specialist Tim O’Donovan.

“But especially maize,” he said.

“Research confirms that it is the average temperature recorded during the month of June that will play a critical role in determining the yields of maize crops in this country.

“Temperatures in May were between 1.0 °C and 1.5 °C below average. The month also saw twice the average amount of rainfall that would normally be expected. And the temperatures recorded to date for the months of June have been nothing to write home about.

“Almost 90% of the maize grown in Ireland is established under plastic. But despite this, crops have not yet experienced the period of soft growth, which they require to maximise germination and establishment in the period directly after drilling.

“We would, therefore, need to see a significant rise in temperatures over the coming fortnight in order to keep maize yields on track. One thing though is now certain: if the weather does not start to improve significantly,  maize yields in 2015 will be significantly back on those achieved last year.”

O’Donovan also confirmed that beet crops have gotten off to a poor start, again citing the poor weather during May as the key, implicating factor.

“In turn, this predisposes crops to what’s known as the soil pest complex. The problem is caused by a combination of millipedes, slugs and other related pests.

“But, in contrast to maize, beet crops will compensate for a poor start throughout the subsequent growing season due to the continuing photosynthetic activity within the leaves right through to harvest.”