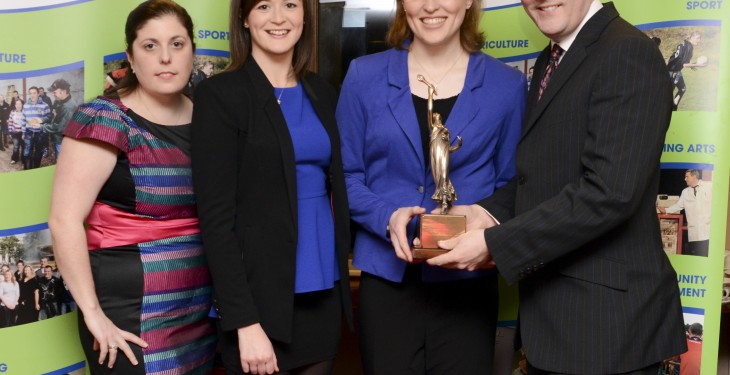 According to Macra, at the All Ireland final of Macra’s Public Speaking and Impromptu Public Speaking competitions last weekend, Macra na Feirme members showed off their accomplished speechmaking skills.

Runners up in the team competition were Hill 16 Macra, Dublin, and the runner up in the solo competition was Jennifer Flaherty, Galway City Macra. The Impromptu Public Speaking Award is sponsored by Harper Adams.

The winner of the Best Speaker Award on the night was Karen Cashman from Glanmire Macra na Feirme.

All the winners have now won themselves places on the Macra na Feirme prize winners trip which will take place late next year.

Macra na Feirme was founded in 1944 originally for those living in the country and provides young people living in Ireland with opportunities in sport, travel, drama and debating among other activities.

On of Macra’s main aims is to help young farmers get established in farming and assist them through learning and skills development. It also works with and represents the views of young farmers nationally and internationally.