Lowering of Shannon water levels to be trialled 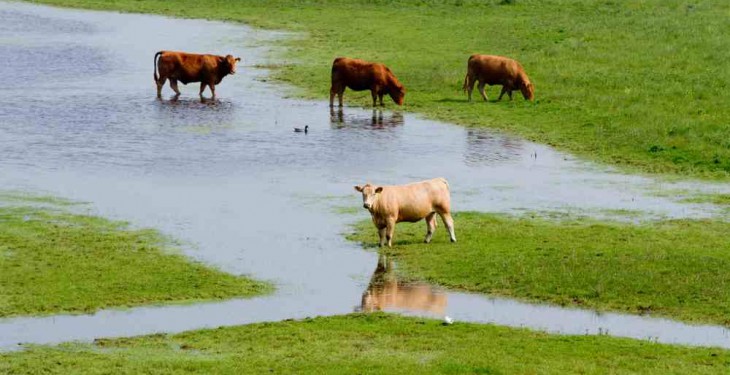 A trial is to take place next summer to reduce the risk of flooding in the Shannon Callows area. To achieve this the ESB has agreed to a lowering of spring/early summer target water levels in Lough Ree.

The issue of summer flooding in the area was raised in a parliamentary question by Deputy Denis Naughten recently.

In response Minister of State at the Department of Public Expenditure and Reform, Deputy Brian Hayes, noted: “The core strategy for addressing flood risk in the Shannon Basin is the River Shannon Catchment Flood Risk Assessment and Management (CFRAM) study.

The CFRAM study is being conducted by Jacobs Engineering on behalf of the Office of Public Works (OPW) and I am advised that good progress is being made on the project.”

The minister continued: “The output of this important project will be an integrated plan of specific measures to address in a comprehensive and sustainable way the significant flood-risk factors in the Shannon basin, including the Callows area, subject to meeting environmental and economic cost-benefit criteria.”

The minister noted that control of the water flows and levels on the Shannon is the responsibility of both the ESB and Waterways Ireland.

He said: “In order to address ongoing concerns that the existing water level control regime may be a contributory factor in early summer flooding in the Callows, the OPW facilitated discussions between these principal operating stakeholders toward agreeing a new interim control regime on the regulation of levels.”

Under this interim regime the ESB has agreed to a trial lowering of the spring/early summer target levels in Lough Ree to reduce somewhat the risk of summer flooding particularly in the Shannon Callows area. This trial commenced this summer and will remain in place until the publication of the Shannon CFRAM Plan.

Discussions have taking place between Agriculture Minister of State Tom Hayes and the Irish Farmers Association, which lead to a water-level monitoring exercise to being carried out as part of the CFRAM process that will allow for analysis of water flows and levels at key points around the Lough Ree and Callows areas.

The Minister noted: “This is being done with the co-operation of both the ESB and Waterways Ireland, and data from this exercise is being collated currently and the results will feed into the overall Shannon CFRAM study.”